I will be attending × 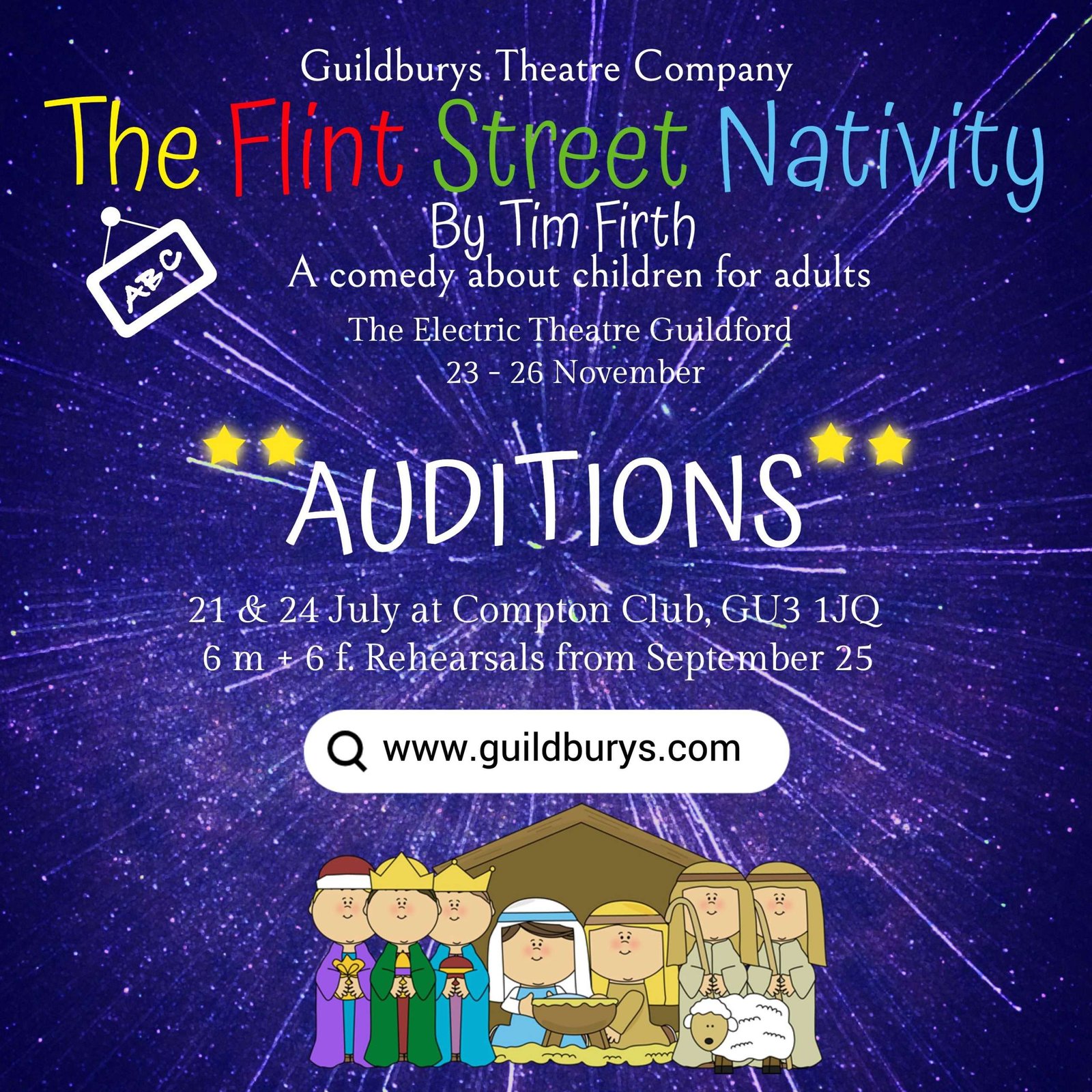 Who can attend?: Open

Auditions are held individually and by appointment in July, rehearsals commence at Compton Club on 25 September and will be on Sunday, Tuesday and Thursday evenings. Contact the director for an audition pack via the auditions web page here

Mrs Horrocks’ class of seven-year-olds is about to perform their nativity play at Flint Street Junior School for the proud mums and dads – and the occasional social worker. Squabbles arise when Gabriel wants to play Mary, the Star grumbles he’s not a proper star like they have at NASA, Herod won’t stop waving to his mum and dad and the subversive innkeeper is determined to liven up the traditional script. And then the stick insect escapes.

Ages are very flexible and are given as a guide only. The ability to inhabit your inner child is more important than age. Each actor will play an individual seven-year-old performing their school’s nativity and will become the parent of their child, having just watched them perform. There’s lots of comedy, and the switch from child to nativity character and then to parent explores the relationship between who we are as children, how we are influenced by our parents and our circumstances – and how we become (or not), our parents.

I will be attending