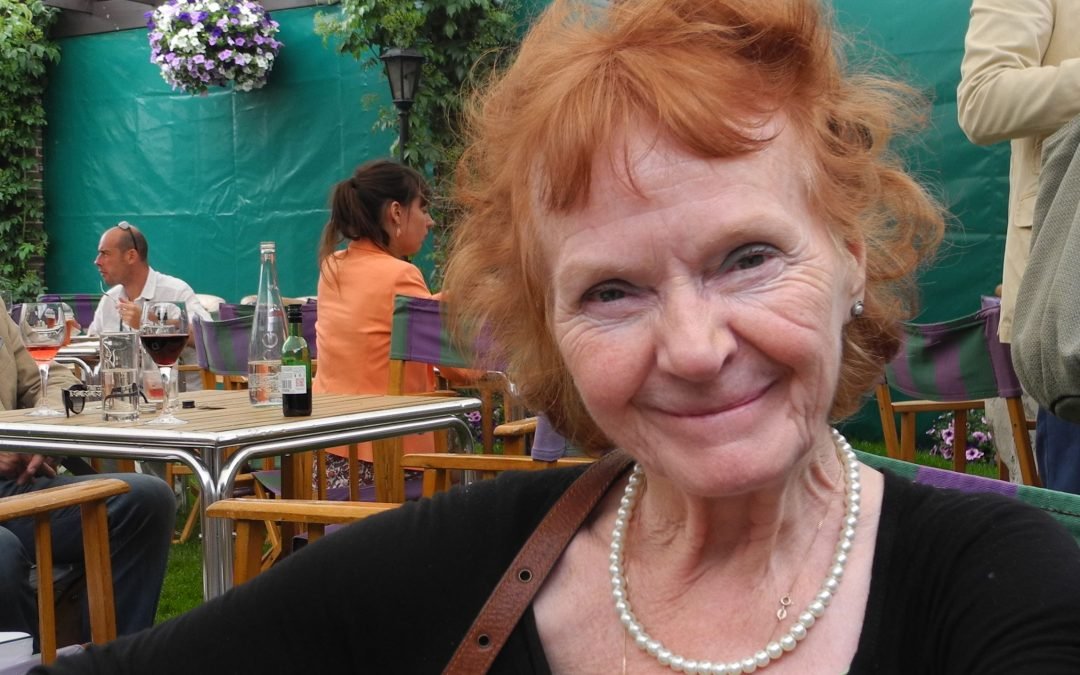 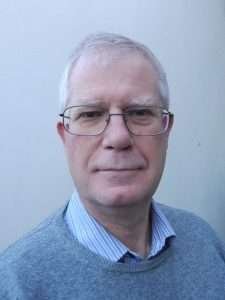 In the great days of Music Hall and Variety, touring was a part of everyday life for actors and performers; and for all but the top of the bill, this usually meant staying in someone else’s home, and being looked after by what were then known as ‘theatrical landladies’.

Stories of these sometimes formidable hosts are the stuff of legend, from the subtle inscription of “Quoth the Raven…” in the visitors’ book (i.e. “Nevermore”) to the occasional shrinkage between food provided and that which was served (during the Victorian era it was usual for performers to give their own food to their host to be cooked).

or decades, the letters page of The Stage regularly featured discussion of the perennial problem of finding good digs on tour. In 1911, after a series of letters complaining about there always being an aspidistra in the front window, one landlady wrote in response that the choice of the aspidistra was because “it will stand any amount of cigarette ends, matches, orange peel, banana skins and other refuse which is often thrown into the flower pot.”

In 1958, The Stage carried a leading article about theatrical landladies. Performers want, the article suggested, someone “who will not attempt to change the pattern of their guest” and “must accept quite cheerfully the fact that actors are late to bed and late to rise.” Until relatively recent times, a good source of information about digs was the stage-door keeper, although reputedly the best places were left off the list in some theatres unless a hefty tip was offered.

Although some performers these days are to be found staying in budget hotels or the self-catering apartments that form part of a few enlightened theatres, for many, the reality is still a week or two in someone else’s house. More often than not, this is hospitality from someone who specialises in the particular needs of theatrical people. 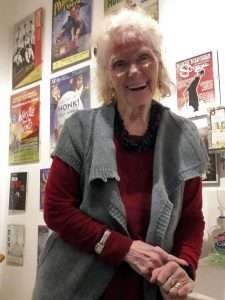 Elaine King standing by her impressive collection of posters.

They’re not called ‘landladies’ any longer of course, although the needs of actors have not changed very much. Elaine King takes in only theatrical guests; her house in Aberdeen has been temporary home to many performers over forty years, often appearing at His Majesty’s Theatre in the town. But how did it all start, I asked Elaine?

“In 1981 our family home had one spare bedroom upstairs. We also had two small daughters. My mum across the town did summer bed & breakfast and, one week, she double-booked one room. So we had our first guest, a young man, at the beginning of his career with Scottish Ballet. He has come to stay most years since then, become a good friend, and has naturally been promoted at work as well!”

Unlike the theatrical landladies of the past, Elaine does not cook her guests’ food for them. “I used to provide breakfast, and guests used my kitchen to cook their early evening meal. On occasions there were 5pm collisions, when I would mutter under my breath, but on the whole we worked round it. Now, there are cooking facilities and a fridge upstairs, so they are so much more self-sufficient. I only put in a small starter pack for their arrival, so they can, late at night, at least make some tea and toast. Guests still sometimes use my washing machine and drier, this is agreed and pre-planned, so it’s not an issue. They are welcome to sit out in the garden if it’s fine, or if they smoke. One guest had his breakfast sausages nicked off his plate while in the garden by my daughter’s dog, who was quick to grab his chance once the guest was momentarily not looking.”

Of course, theatre people have particular needs when it comes to their accommodation, as Elaine has learned over the years. “Primarily a theatre person hopes for a warmth of welcome. Often far away from family, with relocating and long journeys every week, they are often tired and, on occasion, even a little homesick. Since I don’t even go on holiday very happily, I can totally imagine that the touring lifestyle, albeit for the love of their art, is very demanding emotionally. They need respect for their unsociable hours… and peace to sleep in the morning. They hope for lots of hot shower water: their …strenuous routines make that essential, and to remove the stage make-up. They need privacy and some friendly interested interaction with us.”

As touring productions have got bigger they have also tended to stay for longer at each theatre, which also changes life for hospitality providers like Elaine.

“Usually guests are here for a week and often arrive late Sunday and leave early the following one. Some arrive around midday Monday, just in time for pre-show stage checks. They have often used the Sunday to rush home (as I would) or spent it in the previous city. If they have transport, they might leave after the last performance, or at crack of dawn. I recall our ballet guest, who was part of the ‘get out’, coming home after 3am. He got his head down for a few hours, overslept, and I drove him to the bus station with his breakfast on a cardboard plate.”

“The shows that stay longer are better known, have established a huge audience and are often more elaborate to set up. Sometimes three long transporters appear at the rear of the theatre; I pray it doesn’t rain as they start to unload. Musical theatre is hugely popular, and shows like Blood Brothers, Chicago and Cabaret are heavily booked in advance. The differences in hosting for me include a rest from weekly bed-changing, time to perhaps show them my city and often two trips to the shows. I think I saw Top Hat three times, and again in London when on holiday. I had become a groupie!”

Elaine is far too discreet to mention any favourite – or less well-remembered – guests by name, but she does find certain professions bode well. “The musicians, band and orchestra members are much fun and very laid back. Often they hurry off to the theatre at the very last minute. One or two even help me with my Internet connection and new iPad. That reminds me how vital it is for Wi-Fi to be immediately available on arrival. One charming guest discovered my bookings (using digs lists) were wilting, and within a day he had hidden his belongings, rearranged some furniture, taken some photos, and had me signed up to the theatre digs website. I am forever grateful to that charming man.”

She also remembered an exciting occasion when an Elvis Presley tribute show rolled into town. “A friend who also had guests had the lead Elvis in her spare room, I …had the ‘Deputy Elvis’ in mine. He, I knew, had to be absolutely word-perfect and, to keep him up to speed, took the stage on a Friday. Having seen the lead, earlier in the week, and jealously hearing my chum extolling his brilliance, on the Friday teatime, I challenged her to see my guest onstage… I was determined he would upstage hers! We piled into the theatre with just minutes to spare, our single last-minute seats, rows apart, and watched it for the second time. On cloud nine, we caught them in the after-show pub, and in manic mode, declared our love for them both. We got my poster duly signed and there we were: groupies yet again!”

“The guest in the house and the same person on the stage can of course be quite different. At the theatre, they come into their own, they are stars. A memorable guest from The Full Monty had more clothes on at home; and the shy, very handsome, young man, of few words and cast as Paul McCartney, played the piano and sang brilliantly. The audience rose as one to give the show a standing ovation. I turned to my neighbour, pointed to my guest with pride and whispered ‘he’s sleeping in my spare room’…”

There are also some moments that Elaine holds dear. “One lovely young girl humphed her cello over to the care home to play The Swan for my mum. There were a few tears in the silence that followed. That was a memorable highlight.” 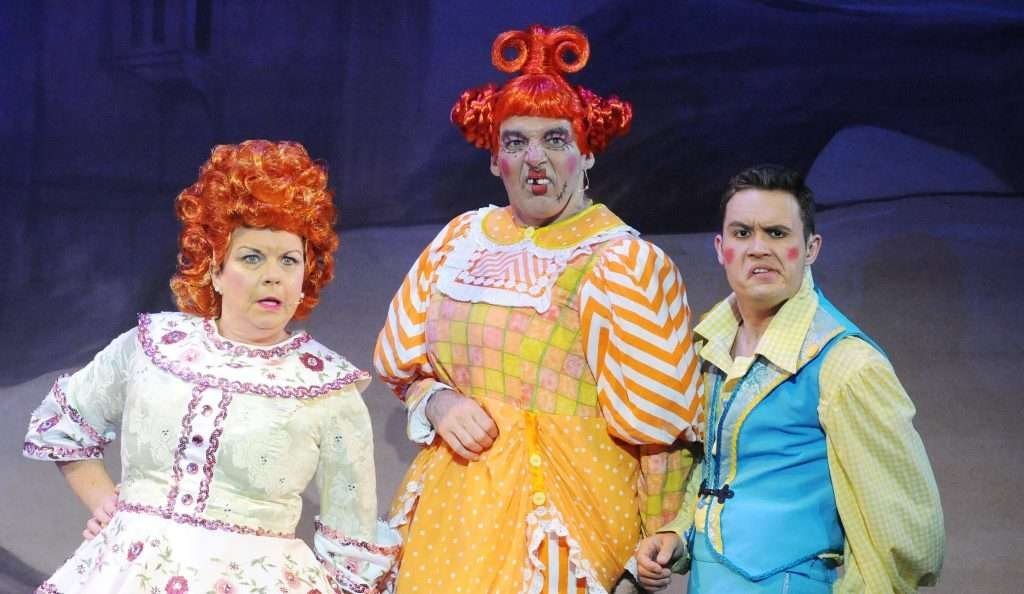 Elaine C Smith, Alan McHugh and Jordan Young. Elaine C Smith’s panto career at His Majesty’s Theatre Aberdeen came to an end in 2017 when she bowed out after completing an eight-year stint at the venue.

There must be some parts of the job that Elaine really enjoys I suggested, and perhaps one or two she is less keen on?

“The most enjoyable part of having theatre people in my home is the new energy and buzz of excitement that comes with them having a new city, a new theatre and first-night nerves! I am totally interested in what they do: from wig master, to stage manager; from violinist to dancer. Mostly I try to see the show, usually paying for my ticket this last decade, and glad to do so. I am thrilled to see them perform their roles. I love it, and on a few occasions, they have stolen a piece of my heart when they leave! Not so enjoyable… this is rare; might be staying up for very late arrivals. On occasion I am just envious of the animated conversation and laughter, floating down from
above at 2am…”
Elaine has a collection of posters second to none. “And while there’s little space left on my walls, yes Mr Railway Cat with the red flag, you are hanging in my upstairs loo where you wanted to be.”

I asked Elaine to sum up the experience of hosting theatre people, and she was clear about the rewards, and how much she has missed her visitors. “There have been so many magic guests over the years. None of them are forgotten! This past year, I have so missed my guests and long for their return. There is no happy chatter from upstairs, no smell of burnt toast, no busy, lively coming and going, no theatre. Please come back soon!”

And indeed, they are coming back as Elaine tells me she has started receiving bookings for later in the year. And she says “I would like to thank them for the joy, drama and excitement they have brought to my home.” Details of Elaine’s theatrical digs – and others across the UK – can be found if you pay a visit to: www.theatredigsbooker.com .