Image: The executive committee of the newly-voted-for ALPD

The organisation known as the Association of Lighting Designers (ALD) will represent its members with its new title, the Association for Lighting Production and Design (The ALPD).
Following the association’s Extraordinary General Meeting, held on 17 July 2021 – a year that also happens to commemorate the ALD’s sixty full years of pulling together as a collective of lighting professionals – the membership has voted in favour of a name change that demonstrates both the association’s breadth of membership and its appreciation of every lighting role in the design and production process.
Chair of the association, Johanna Town, explains the importance of this change of name: “While the ALD, which was founded 60 years ago for lighting designers, has for some time included production electricians, programmers, lighting managers, assistant electricians, associate designers, lighting educators and students, hire companies and manufacturers, we never acknowledged it in our name. It’s a real celebration of the association’s 60th year that our name now fully respects those we represent.
“Recent years have shown us the strength we can pull on as an association. Whilst Saving Stage Lighting or working to offer support to the whole lighting industry through the Covid-19 pandemic, we have played an integral role in mobilising everyone. We know we are stronger together as an association to support everyone in the lighting team and now we have a name that says that.” 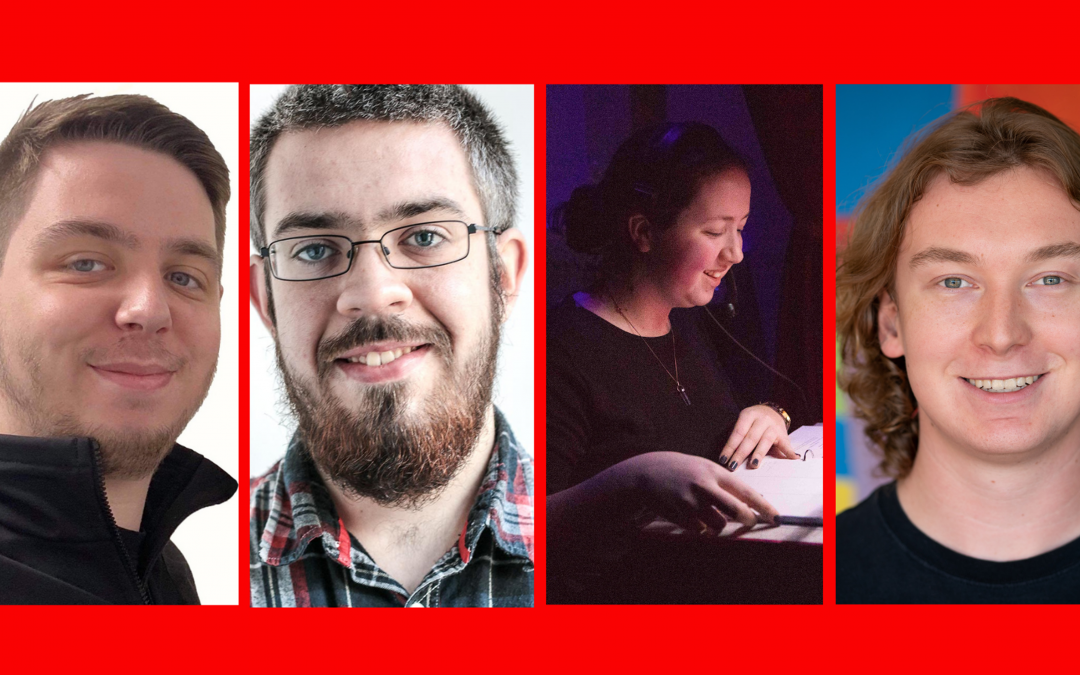 YOUR NEWS – Awards for Excellence

The ALD (Association of Lighting Designers) has announced this year’s award winners which highlight the new generation of young production talent emerging from UK universities.

The winning students have all created portfolios that demonstrate skills to best advantage, in a disrupted year where the number of lighting opportunities available to them may have been reduced.

Traditionally, the winners would be announced at the ‘Annual Lighting Lunch’ but will, this year, be showcased to the ALD membership via its bi-monthly magazine, Focus, and then through the ALD’s social media channels in a two-week series of posts.

The Fred Foster Award for Production Electrics, the most recent addition to the awards portfolio, proved to be a popular choice receiving a large number of applications. Guildhall’s Liam Sayer rose to the top of the ranks to win this award.

The coveted Michael Northen Award for Lighting Design was won this year by Euan Davis of RADA.

ALD Chair, Johanna Town, praised the quartet, saying: “Each of the winners has demonstrated real flair in their chosen discipline.” 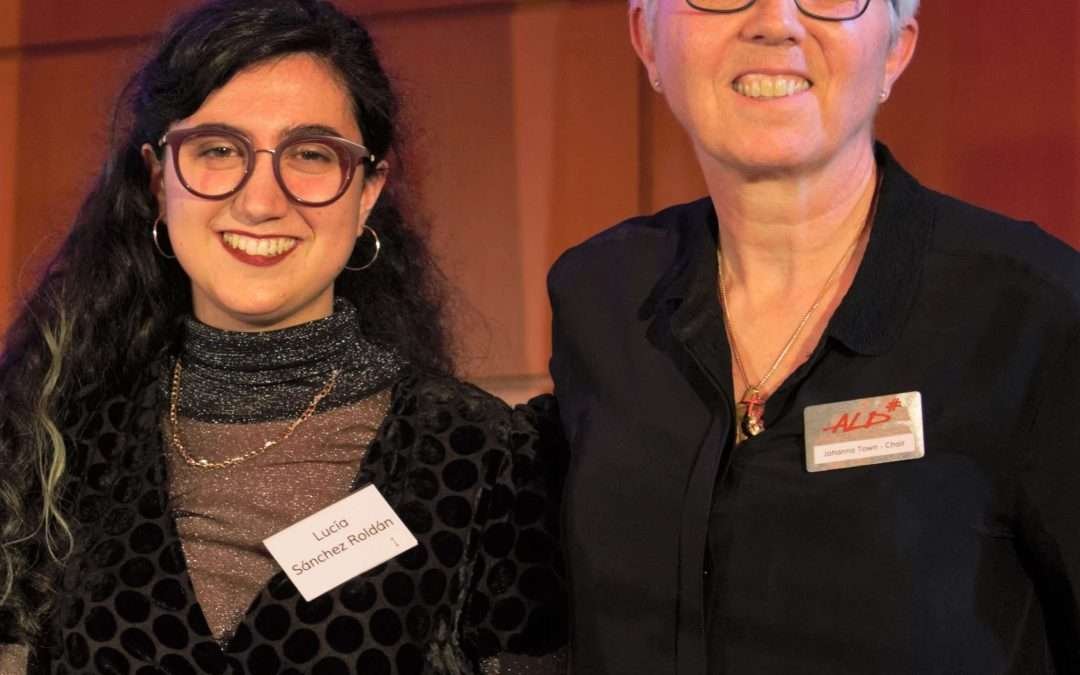 The awards are a celebration of imaginative and creative lighting and video production and represent a chance for young designers to showcase their talent, bringing their work to the attention of experienced lighting and video designers, as well to the wider reach of industry professionals.

The coveted Michael Northen Award for Lighting Design was this year awarded to two outstanding winners. Named in honour of the first credited lighting designer in the UK and his work on the The Mousetrap which can still be seen in London’s West End today, joint winners were Lucìa Sanchez Roldan from RADA whose work the judges thought “beautiful… with strong design, clear choices, and great angles” and Rose Bruford’s Ryan Joseph Stafford, who was commended for his ambition to create different looks for each piece. 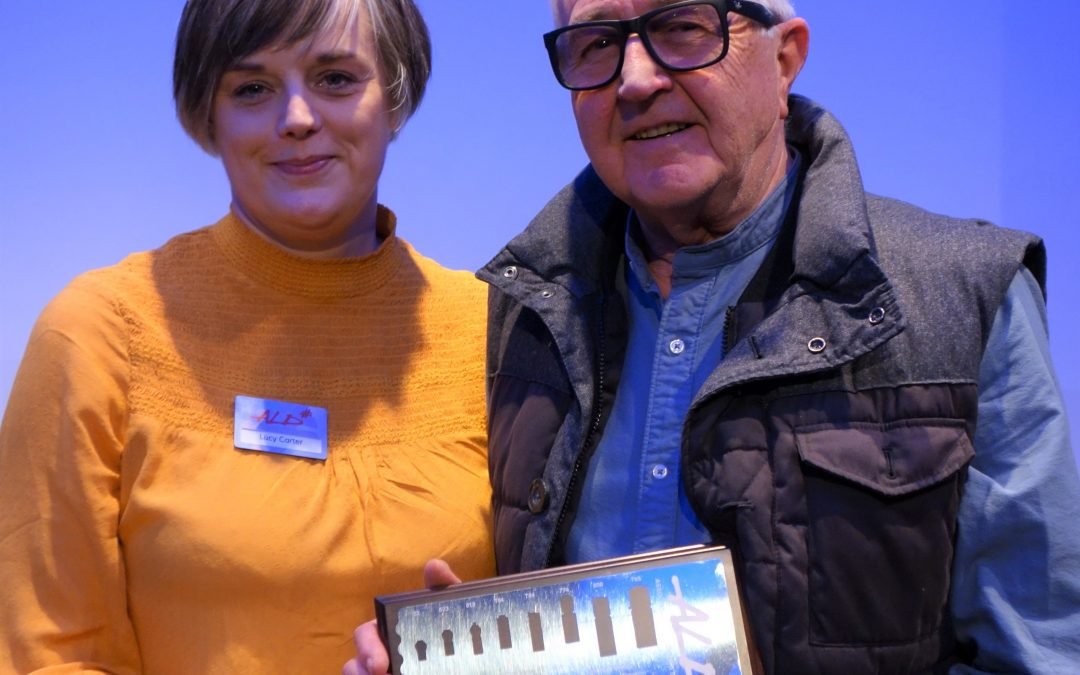 Commemorating the 50th anniversary of Peter Mumford’s prestigious career last year, the ALD hosted an evening In Conversation with Peter Mumford where he was bestowed with a Fellowship of the Association by Lucy Carter, in recognition of his outstanding contribution to the art of lighting design.
On presenting the award, Lucy said, “I’ve got a lot to thank Peter for, because twenty-five years ago when I was a dance and drama student, I didn’t even know about lights in performance and it was watching Peter’s designs for contemporary dance that I suddenly saw this new medium and is essentially why I’m a lighting designer now. I’m sure that Peter is still inspiring us all and inspiring a new generation as well.”
The event to reflect upon his career was held at the National Theatre on the night following his own press night as Lighting Designer for Three Sisters. Peter’s collaborator and programmer, Victoria Brennan, led an insightful conversation about his work in retrospect across the five decades. Peter’s initial caveat was, “So while I don’t like being nostalgic, I think that since it is fifty years since I left the Central School of Art to begin working professionally there is no harm in being reflective.”
He noted, “When you begin you only look forward. Maybe two or three decades in you have to recognise you have a past. At first you reject this, it’s a bit like a mid-life crisis, but then you realise that through that early period of acceleration you have developed a style – a visual continuity however diverse that is not simply repetitive but one where each piece of work feeds and informs the next. A palette and a vocabulary have evolved that can enable you to continue being innovative ad infinitum.” 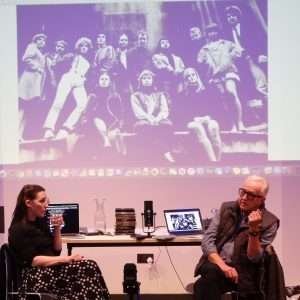 Peter spoke of all aspects of his award-winning career; from touring contemporary dance in his early days, through his work at Chapter Arts Theatre in Cardiff and how he made the transition into television director and producer before moving back into live performance across dance, opera drama and musicals as a director, set designer and video designer. He also continued to work with light and discussed shows on stage with Victoria, such as Bacchai for the National Theatre, ENO’s Madam Butterfly, West End drama The Ferryman and Broadway musical King Kong Alive for which he was also nominated for a Tony Award.
Between 2011 and 2018 Peter also served as Chair of the ALD. In that role he built upon the development of his predecessor Rick Fisher in establishing the organisation to be more active in the protection of ALD member rights by linking with like-minded associations such as the SBTD, ASD and SDUK. He also created the Lumiere Scheme, which began in 2015 to give emerging designers an opportunity to learn first-hand from established practitioners. As he explained at the time, “It’s so hard for young, would-be designers to find a way into our profession and I believe that it’s a real duty of the ALD to help provide that pathway through this scheme.”

The rest of Peter’s In Conversation… event, where he chatted with Victoria Brennan at the National Theatre in December 2019 can be downloaded as a two-part ALD podcast available at anchor.fm/ald