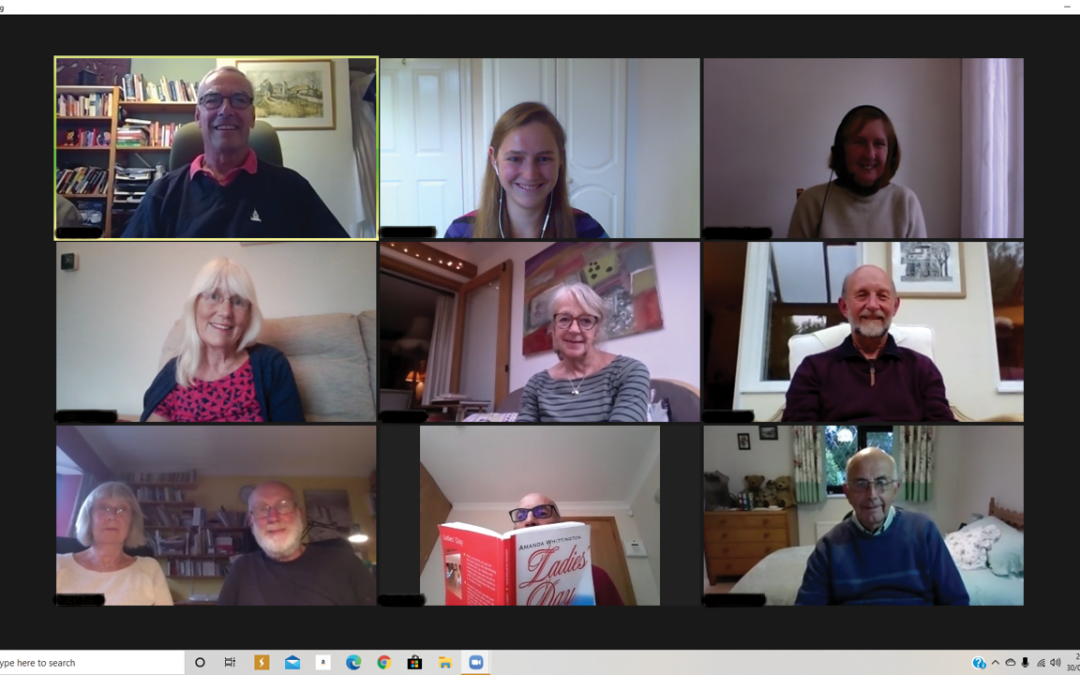 Ladies’ Day… a remote production in July (Life in Lockdown)

Ladies’ Day, a wonderful play by Amanda Whittington, was going to be performed by Twyford & Ruscombe Theatre Group on the last day of April and the first two days of May. A quick break for the director and some of the cast to go for a week’s skiing in Italy in the second week of March turned out to be one day’s skiing and a hurried exit home. The hall where we were rehearsing was off limits when we got home, and all seemed in disarray.

Not so! We rapidly discovered that could meet on Zoom and, not only that, we could present our play to the paying public on ‘the radio’. That said, we had never done anything remotely like that before and we were not sure how to proceed. As director, I had a look at some articles online about presenting a radio play and it became clear that it was perfectly possible – except that nobody had ever done it where the cast & crew could only meet over Zoom.

And so began a process of rehearsing with all the cast and crew on Zoom, where all could both see and hear one another. The first problem was that despite being able to see each other they had to understand that the audience would not be able to see them. The only means of expression were their voices and any sound effects that we might produce. It took several weeks of rehearsal (only meeting one night per week) to finally get the cast to put all their effort into expression.

The other big issue was that the stage manager, the costume lady and the lighting operator were not going to be needed – but the sound man was suddenly front and centre. David Goddard, who had moved away some years earlier, suddenly became star of the show! He could not only record the live performance, but also add in sound effects, and do it all from his house a hundred miles away.

The cast, prior to the Coronavirus hiatus, had almost been off book but it now became clear that the key to an effective performance was going to be their ability to capture the emotion of their words so that the audience was gripped by what was happening. Another feature of the performance was the need for some extra words here and there to make it clear to an audio audience what was happening.

Once the show was presented as we wanted, we then needed to record it in a way that was independent of the problems with Zoom interaction. This was done by each actor recording the lines separately on a separate phone line which was then sent to the sound man to compile into a show. In addition, he was able to add sound effects and music to bring the play to life. At the beginning, the director’s opening comments faded to the sounds of a factory where the cast were busy packing fish. The cast sang various songs, notably Is This the Way to Amarillo? which allowed the scene to end with this music. It then transitioned to the racecourse where there were various background sound effects of crowds. Throughout the show there were sound effects and music to pull the audience into the events of the show.

The production was presented on SoundCloud on 3-4 July with a license from Nick Hern Books. The audience reaction was superb with over 100 people being able to access the production.

A typical response was: “Many, many congratulations! We really enjoyed the play so much; it is so evocative, and I was thinking about it all last night. What a tour de force for you all to switch from your prepared stage production to a sound version. Very cleverly achieved!”

Given the likely continuing problem with theatre groups unable to meet and rehearse, let alone perform, it seems likely that many other groups will need to learn how to put on a ‘professional’ radio production. 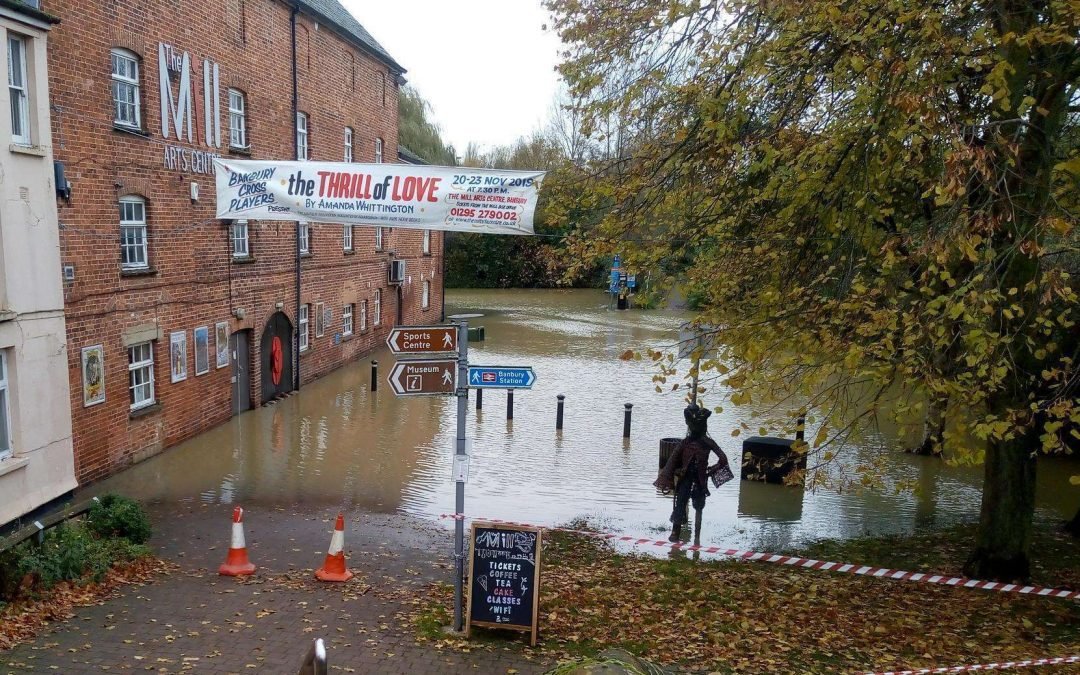 In a slight case of deja vu (though not quite as deep as 1998, 2007 or 2012) Cherwell-based Banbury Cross Players have been forced to cancel – at short-notice – their November production, Amanda Whittington’s The Thrill of Love which had been due to take place at The Mill Arts Centre in Banbury.

Following a meeting of BCP’s equivalent of the COBRA committee, it was decided to try again next year by putting the production back twelve months to 25-28 Nov 2020.

Speaking at the end of November, BCP Chair, Liz Riley, said, “Our thanks go to all who have come forward with offers of help during this week and to The Mill staff for their on-going clean-up work.”

The society is now looking to store items of staging and props relating to the production until they are needed next year.

Liz Riley added: “We are still on the lookout for a place to store two large items of scenery for the show so please get in touch if you think you may be able to assist.”

Banbury Cross Players’ next production will be held at The Mill Arts Centre from 12th to 15th February, and will be Jessica Swale’s popular Nell Gwynn. 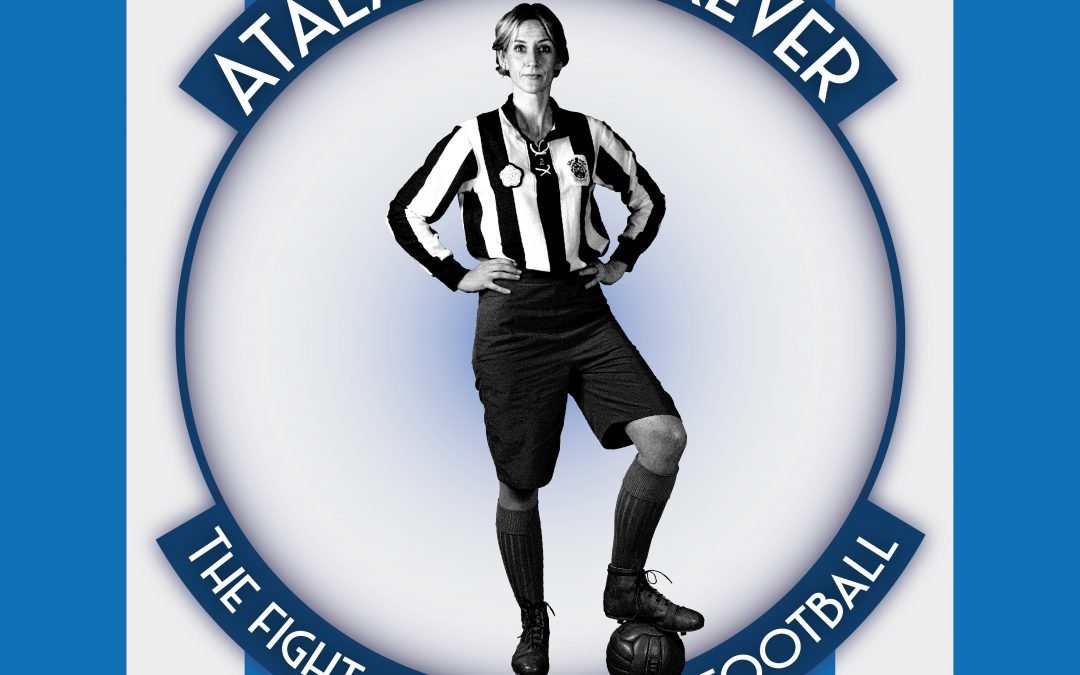 Amanda Whittington’s new play, Atalanta Forever, which looks at the story of the pioneering women in football in 1920 and their struggles with the FA, will be premiered by Mikron Theatre at Manchester’s National Football Museum on 18 April.

Amanda Whittington said: “I was an 11-year-old footballer in the 1980s, the only girl who played in the boys village tournament and I vividly remember being ‘advised’ to stop because it wasn’t appropriate.”