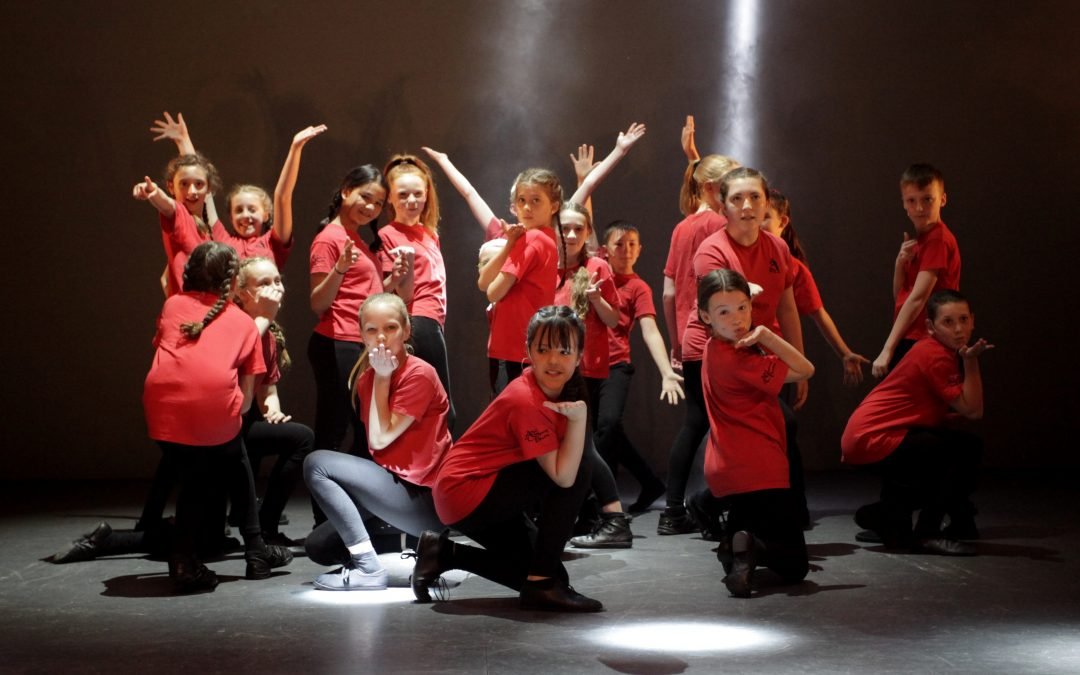 Over the past twenty years, Ariel Drama Academies have provided inclusive performing arts lessons for children and young adults with special and additional needs throughout Sussex.

The academies, with locations in Burgess Hill, Crawley, East Grinstead, Haywards Heath, Horsham and Shoreham, have dedicated teams of specialist tutors who work with the special needs group, The Othellos, every week providing an inspiring and vital creative safe-space for over three hundred students.

During lockdown, Ariel Drama Academies received the news that from 64,000 applicants, they have been shortlisted to the final eight at the prestigious National Diversity Awards in the Community Age Category. This nomination is in recognition of the fully inclusive nature of Ariel’s academies, the opportunities given to students to learn life-skills to ensure brighter futures, the sense of community and the high standard of theatrical training every individual receives.

Previously, Ariel Company Theatre has won the Lady Diana Award of Excellence for their Drama inclusion work and their Buddying initiative, where students from the mainstream academies volunteer as one-to-one support within the Othellos group.

Ariel’s artistic director, Nicci Hopson, told Sardines: “Receiving this nomination has been really overwhelming. We love working with our students each week, seeing them grow in confidence, forming friendships and learning new skills, so for us to be recognised at a National level for the work we do is very special indeed.

“It is events such as this that show the importance of shining a light on all areas of our community. There is still so much to be done to promote the need for positive inclusion for all children, young adults and all individuals with additional needs and disabilities.”

The National Diversity Awards arose when The Diversity Group sought the need to promote and encourage positive role models who aim to empower and inspire communities across the UK. The annual ceremony celebrates the life-changing work charities, role models and community heroes do and to recognise their outstanding devotion to enhancing equality, diversity and inclusion.

“This nomination is testament to the incredible students and inspirational tutors we have at Ariel Drama Academies. Their work goes beyond the hourly, weekly sessions and being a part of hundreds of student success stories is so rewarding. Whatever the outcome is at the ceremony, being acknowledged amongst so many worthy fellow nominees has been such an honour,” says PR and Communications Officer, Beth Gavin.

The black-tie awards ceremony will be taking place early next year at Liverpool’s Anglican Cathedral. We will all be crossing our fingers for Ariel on the night!

Ariel Drama Academies continues to welcome new students so please contact www.arielct.com or call 01444 250407 if you would like to join the community and enjoy a FREE trial. 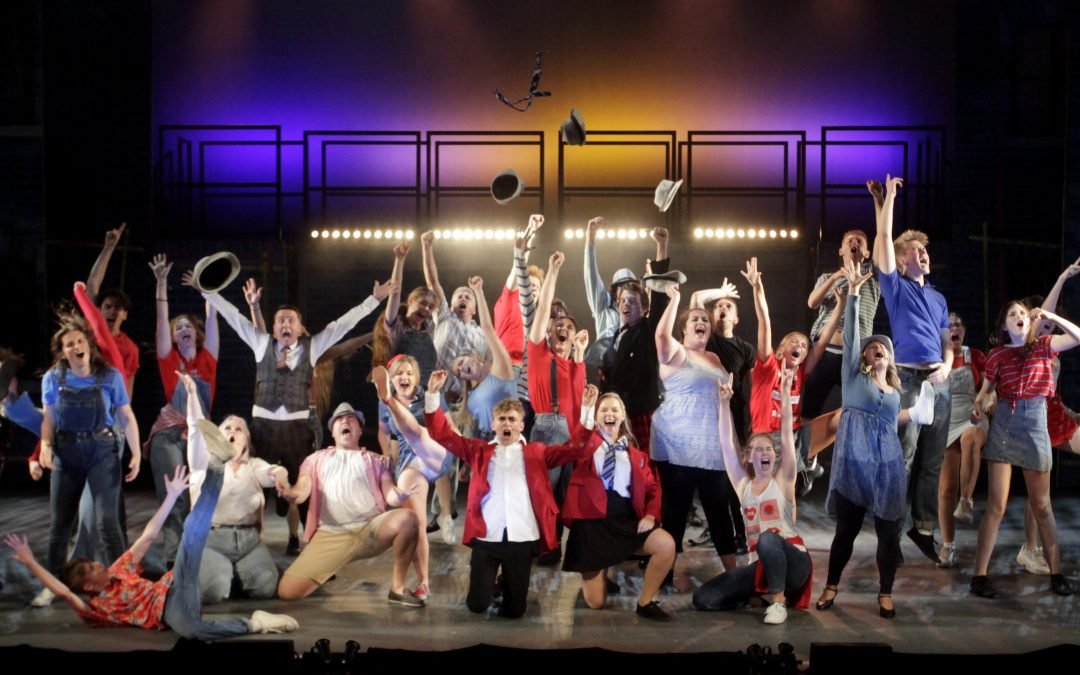 Ariel Company Theatre is currently performing [this production finished its run in September] one of the best non-professional productions of Our House (fondly known as the ‘Madness musical’) I have seen… and I’ve probably been to more performances of this show than any other!

My first visit to Crawley’s Hawth Theatre was, therefore, an extremely happy one, despite the absence of both heads of ACT, Nicci and Neil Hopson, who were rightly being kept busy backstage last night supporting and helping their cast and crew.

Our House, as with so many other shows, is reliant on both director and cast fully understanding the precise style required to successfully carry the show off. There are no such worries in Crawley this week as ACT’s Artistic Director, Neil Hopson, has taken the show by the scruff of the neck and shared that energy with the entire cast.

Complemented by the irresistible music of Madness, Tim Firth has written a clever coming-of-age, ‘Sliding Doors’ -style book. On his sixteenth birthday, Joe Casey attempts to impress his girlfriend, Sarah, by breaking into a building site to show her the views across Camden Town. When the police turn up Joe is faced with running away and leaving Sarah to fend for herself, or, being the bigger person and giving himself up. As Joe splits in two, we see the result of both outcomes; that of ‘bad’ Joe and ‘good’ Joe. Bad Joe (dressed in black) initially appears to do well by hooking up with the wrong sort of people, while good Joe (in white) is sent to a Young Offenders Institution. Oh dear… will it all turn out alright in the end?

The same actor must play both Joes which means the most costume changes in musical theatre history (the original West End show broke the Guinness World Record with no less than twenty-nine costume changes!). To this end young Jarrod Hopson – on the show’s opening night – wasn’t noticeably late for any of his entrances; a sure sign of commitment from all involved, including his off-stage dresser/s – an essential requirement. With Marisha Gray’s Sarah (slightly taller than her leading man and performing in flats), the two make a fine couple and boast a strong pair of vocals, made evident with the iconic It Must Be Love in act two. Gray’s rendition of the show’s newest (and one of the best) songs, NW5, is probably the finest I have heard from an amateur performer.

With a group of school-leavers at its heart, this is very much a young person’s show. As such, Tim Firth has written lots of relevant humour into the script, which means you need a fitting cast who not only understand the humour, but also possess the talent and skills to perform it. Joe’s two best friends, Emmo (Tom Clark) and Lewis (Richard Gill) are mirrored by Sarah’s, Billie (Chelsea Hennessey) and Angie (Megan Roberts), and have been perfectly cast. Filling these supporting roles is often overlooked at the show’s expense but, in this instance, all four give sublime performances. With plenty of confidence and great comic timing, all four are a joy to watch – and hilarious.

Our House isn’t about high-kicking 42nd Street -style chorus lines. It’s about capturing the rawness of a north London community and, fittingly, I love Bev Locke’s no-nonsense choreography. With nods to the original West End production, big numbers such as Baggy Trousers (led by a very well-prepared Ollie Hopson as evil bad-boy Reecey) and The Sun and the Rain provide moments of sheer joy.

Special mention must also go to Simon Fellingham as Joe’s ghostly dad. Not only does this actor command his role, but also adds to the show’s success with a great vocal, making a difficult score sound easy. In fact I am impressed how musically-rehearsed the entire cast are.

The only gripe I would voice would be with the professionally-hired set. With black and white doors continuously sliding into and out of view (depending on which version of Joe is onstage), for anyone who doesn’t know the story – which you should always presume is everybody – this probably causes a level of confusion. I understand this set does come with two further movable pieces, featuring more doors, but possibly proved too problematic to manage, but may have gone some way to making the good-versus-bad Joe a bit more obvious.

Much of Our House is an ensemble effort and the entire company deserves much credit for delivering their performances with heaps of energy and pace (aided by Andy Stewart’s very capable band). You can always tell how much fun the cast are having by the quality of the big One Step Beyond/Baggy Trousers finale (I’ve even seen the show done without a finale at all!). On opening night this was, hands down, the best finale I’ve seen.

Hopefully, Madness now have a whole new generation of fans!