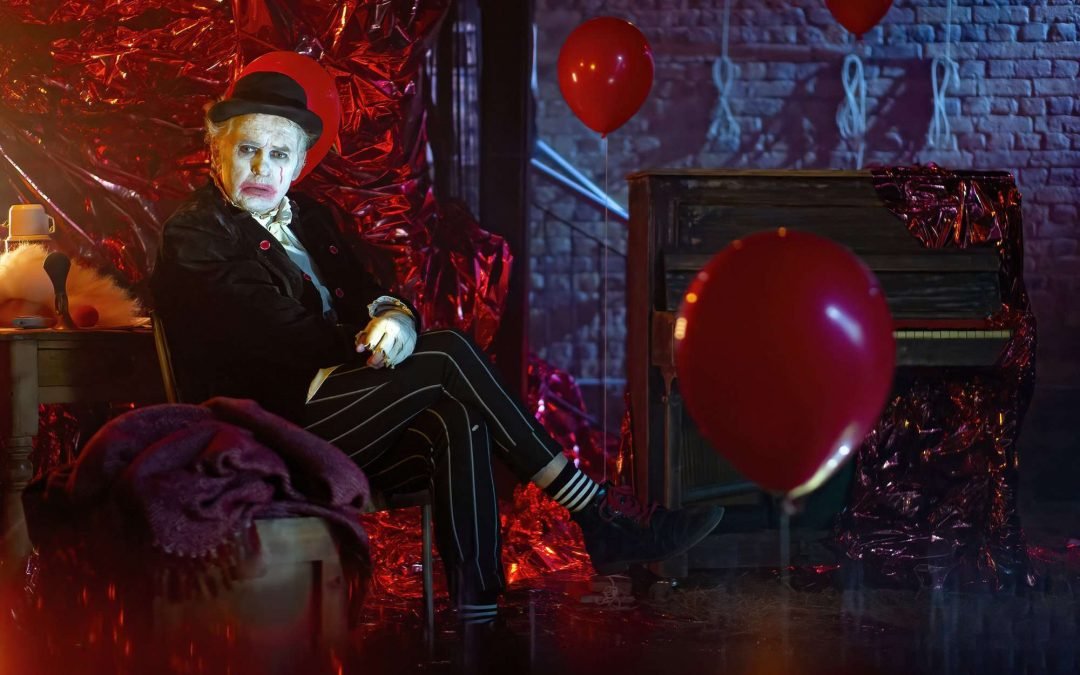 When you’ve been part of the furniture in one of the biggest soaps in the country – for a considerable amount of time – your options naturally become limited after you leave. What should one turn to next? For Shane Richie, who almost certainly needs no introduction to millions of television viewers up and down the country, playing Alfie Moon for over one thousand appearances has had its pros and cons, as he recently explained to me: “I think once you go into a show that has such a high profile you end up limiting your options when you come out,” he said. “There might be a producer who will want to make a drama and, even if they think you’re a pretty good actor, you literally might have become too big a name. They want their ‘work’ to be the star of the show as opposed to a ‘name’.” 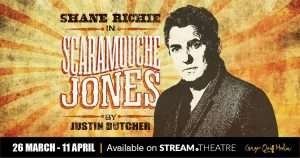 Exactly how does the down-to-earth actor know this? From experience of course. “That’s happened to me a few times when several dramas that have come my way,” he tells me. “‘We love Shane but he’s too big a personality.’ Having said that it can work in your favour as well. The producers of Scaramouche Jones approached me because they knew I have an audience that goes right across the board, and so if we can bring an audience to the play that wouldn’t normally watch a piece of literature like this then everyone wins. If someone watches me in the theatre or on television suddenly sees something like Scaramouche Jones then they might start to think, ‘What else is available out there?’”

The Scaramouche Jones that Mr. Richie is referring to is the actor’s latest project. Also known as The Seven White Masks, it follows the final parting shot from a clown… called Scaramouche Jones, obviously… just as the millennium is about to arrive – along with his hundredth birthday! Jones was born just before midnight on 31 December 1899 just as the Twentieth Century was beckoning in a similar fashion. Of mixed race descent from the West Indies (English-Trinidadian), Jones proceeds to take us through the stages of his life where he has played a clown for the final fifty years after spending time in a World War II concentration camp.

With current restrictions in place, the only way to bring the play to an audience today was online. “It was something that I was approached about last year while I was doing I’m a Celebrity…,” recalls Richie. “Funnily enough the phone call came while I was in the castle. Then it kind of went quiet until I came out of the show, then they wanted to do it but we went into lockdown. …So we had to change the whole approach to how we did it. We couldn’t do it in a regular theatre so Andrew Exeter, the designer, kind of created this backstage feel – which was also very dystopian. It was quite dark with luscious reds and balloons all over the place. So we kind of tucked ourselves away in a corner of the Union Theatre in Southwark, London, and we filmed it there. We spent a week rehearsing and two days filming it.”

Justin Butcher’s stage play, written for a live audience, has needed some clever adapting for the cameras. “When I first read it, it came across like it’s made for the stage,” is the initial response before explaining what happened next. “Between myself, the producers and Ian Talbot the director, we sat down and said to ourselves, ‘Right, how can we make this work for people watching it on their laptops and TV screens?’ So we kind of adapted – not the dialogue – but how we approached the piece. Between us we had this genius idea that we’d shoot it like I’m recording a video diary. So we’d make a point of the cameras being there that we’d set up to record this video before he does his final bow and says goodbye.”

Any adaptation was purely to the set-up and staging rather than altering any dialogue. “As I say, we didn’t have to change any of the dialogue. Instead you see, through my actions, that I’m setting up the camera while I’m talking. So we know straight away. It’s funny, he’s one hundred years old – born right at the start of the Twentieth Century and it’s coming up to the Millennium – but we’ve used a little artistic license with that aspect of course.”

Filmed just before his fifty-seventh birthday in March 2021, Richie follows in the footsteps of the late, great Pete Postlethwaite, who played the aged clown at London’s Riverside Studios back in 2002. “They are big clown’s shoes to follow,” beams Richie referring to his clowning predecessor. “I had the pleasure of spending some quality time with Pete Postlethwaite many years ago at the Old Vic when he was in a Shakespeare play.” Richie confesses to not knowing Butcher’s play previously. “I wasn’t actually aware of this piece until a few years ago when I was working with some young actors,” he says honestly. “…But there are certain passages in Scaramouche Jones that actors use as audition pieces, so I was still kind of familiar with some of the speeches.”

“And this is a real actor’s piece,” he continues. “When I read it I knew straight away that this is a showcase for any actor. Not only do I play Scaramouche Jones, I play a lot of other characters in the play. I’m hoping young actors who are coming into the business will maybe see this piece and get some inspiration from it.”

Scaramouche Jones is currently available to stream for all to see. So how have things kicked off so far? “At the moment it’s still early days. It’s started out online and then goes on-demand I think. Then it’s out there in the ether, so we’ll see if people like it. I hope so; it’s certainly very special and very different.”

Different is something of an understatement, especially for those who have come to expect Richie’s cheeky-chappy persona from Albert Square to hit the stage. I’ve seen Shane Richie in a couple of Peter James’ thrillers, as an Entertainer, in a musical and now this, and I can say that Scaramouche Jones is arguably his best performance, but one that was almost written for him. Mind you, with the absence of a live audience it’s difficult to gauge an atmosphere well.

One of the Peter James thrillers I just mentioned saw Richie reunite with his EastEnders partner, Jessie Wallace, in The Perfect Murder. In the other, he played James’ regular detective, Roy Grace, in Not Dead Enough. “Wow, that’s right. And they were both with Ian Talbot directing who also did this production of Scaramouche Jones with me. Yes, they were great fun!”

Of his long-standing, onscreen (and onstage) relationship with Jessie Wallace, Shane has nothing but fond memories, for both Kat and the public’s love for Walford’s most famous fictitious couple – why the BBC even gave them a six-part spin-off called Redwater. “I know, that’s how people remember it don’t they,” laughs Richie thinking back to Kat and Alfie. “We might find another project to do together in the future… who knows.”

Although Shane Richie has now amassed an impressive body of work, how does he feel about being forever known as Alfie Moon? “I really don’t mind at all. There’s probably a whole generation out there who might only know me for doing I’m a Celebrity, Get Me out of Here!,” he ponders philosophically. “So if I can tick as many boxes as possible then I’m doing my job.” And speaking of I’m a Celebrity… which couldn’t take place in its usual Australian undergrowth last year: “I ended up fourth! As long as I got through to the ‘cyclone’ I was happy… even if it was in the castle and not the jungle last year. Ha ha!”

Ever since starring as Danny Zuko in Grease in 1993 – which really put him on the map – Shane Richie’s always been seen as the happy-go-lucky type, which probably first attracted the producers of EastEnders to him. “When I was there from 2002 – 2005 I think I brought a lot of myself to the character because at the time I turned up there were a lot of alpha males, and Alfie always wore his heart on his sleeve. Plus he looked after his nan and his brother. Then I left in 2005 and came back in 2010, at which time, you saw a very different Alfie; slightly grown up and a bit darker. So the character evolves… and it has to, in a soap. You can’t be happy-go-lucky all the time. I guess every character starts off with good intentions and meaning to be happy, but there’s always a dark side.”

With EastEnders all in the past (that is until a time when the BBC can’t resist bringing him back, even from the dead if the ratings demand it), Richie continues to carve out a new chapter in his career. This includes returning to his musical theatre roots; recently (pre-lockdown) he appeared in one of the most talked about shows in the West End: “Funnily enough I’m going back into Everybody’s Talking About Jamie on May 20th,” Shane oozes. “I can’t wait for that; I’m really looking forward to getting the heels back on.” Heels indeed! His portrayal of Hugo / Loco Chanelle – in those six-inch heels is already legendary.

Before we let Mr Richie go I just manage to check his calendar for December 2021. Being one of the country’s most popular pantomime stars, he was due to play Dick Whittington at New Wimbledon Theatre in 2020; a production that was doomed along with virtually every other panto in the UK and subsequently postponed to 2021? “That’s the plan, with it being cancelled last Christmas,” he tells me happily. “We’ve got the green light to do it so, fingers crossed!” In that case, we’ll see you in SW19 then, Shane!