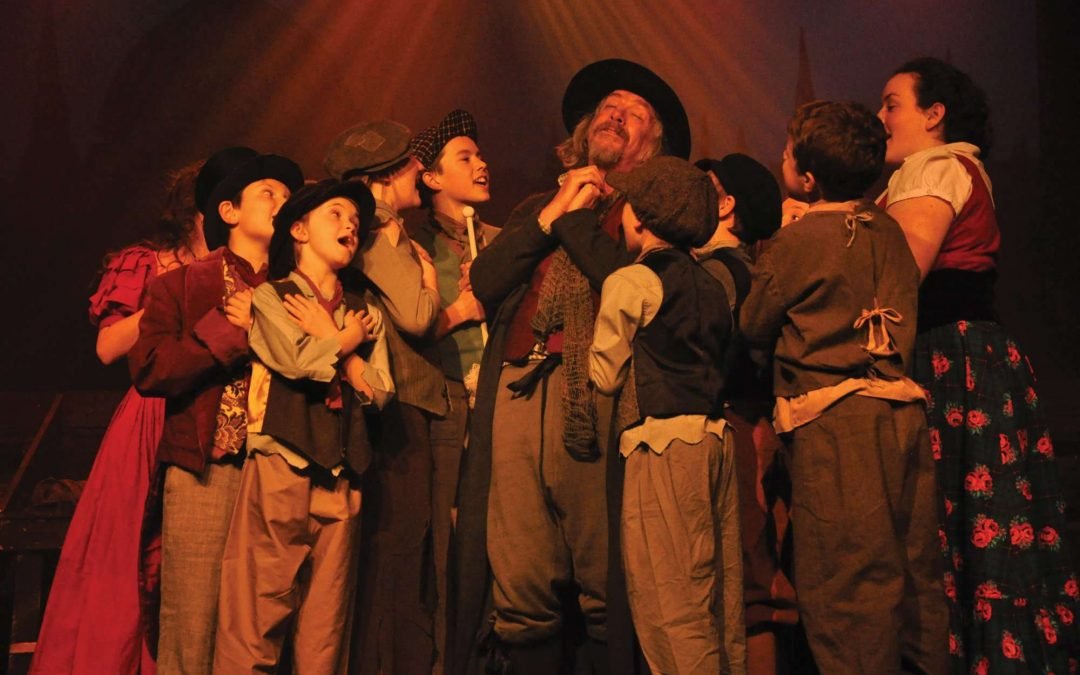 Above: Lionel Bart’s Oliver! is one of the UK’s all-time favourite musicals… licensed, historically, by MusicScope.

At Sardines we like to think of ourselves as consistently having one ear to the ground.
However, we were recently contacted by a society that was looking to push its confirmed dates back for Oliver! (it’s been happening a lot). And so the mystery began. MusicScope hadn’t responded to any emails and its phone line was dead. Hence the plea to Sardines.
We hadn’t been made aware of any official changes in the licensing world but, after looking into the situation, we discovered that Music Theatre International (MTI) – which used to be Josef Weinbergers to the like of you and I – is now handling licenses for Oliver! (www.mtishows.co.uk/oliver-0) – although if you want to perform it after 1 January 2022 you’ll have another, seperate non-MusicScope-related problem.
Cameron Mackintosh is rumoured to be reviving his own professional production which could be opening at the Prince Edward Theatre after Mary Poppins closes.
Oliver! appears to be the only title that MTI is handling licenses for. Ryan Macaulay, Director of Operations, Education and Development at MTI told us:
“I’m not too sure what’s happened with MusicScope – our taking control of the Oliver! rights was separate to the Concord/Tams/MusicScope changes (it just so happened, as coincidence would have it, they happened around the same time). Have you reached out to someone at Concord? Perhaps Bob Hamilton?”

Catherine Thomas, Senior Director, Marketing and Communications (Europe) at Concord Theatricals responded with:
“Concord Theatricals took over the licensing of the Tams-Witmark catalogue on 1st April 2019, with the understanding that moving forward we would administer all new licences from that catalogue. Licences already made by MusicScope will continue to be handled by MusicScope, and licence-holders should address their enquiries regarding their productions to Sally at MusicScope (info@music scopeuk.com), which we understand continues to operate as its own company independently of Concord. In the event MusicScope does not respond in a timely manner to enquiries regarding existing licences for Tams-Witmark titles, they should contact licensing@concordtheatricals.co.uk.”

Whatever was said to us, it would appear that all communication to and from MusicScope’s office in the UK (75 Furnival Street, Crewe, Cheshire CW2 7LH) does seem to have come to a sudden halt. It’s very telling that all of MusicScope’s other titles are now handled by Concord Theatricals

What a year 2019 has been for theatrical publisher, Nick Hern Books! Not only is the company shortlisted for an award at the IPG Independent Publishing Awards, there are already celebrations and awards for loads of its authors including the unstoppable Phoebe Waller-Bridge, Antony Sher, Frances Poet and Lynn Nottage.

In addition, the licensor has launched its new Multiplay Drama series (which is itself up for a prize at the Music and Drama Education Awards). And all that is on top the publishing of over one hundred new plays and theatre books.

…And who doesn’t love a top-10! Let’s take a look at NHB’s most-performed plays of the last twelve months… 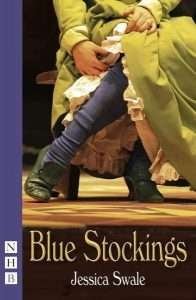 Jessica Swale holds the top spot in our Top-10 list for the third year running. Her moving, comical and eye-opening historical drama Blue Stockings is a defiant story of four young women fighting for education against the backdrop of women’s suffrage.
“Cracking… leaves you astonished at the prejudices these educational pioneers had to overcome.” Guardian

Amanda Whittington’s fantastic, female-led plays always hold a deserving place in our Top-10. This high-spirited comedy about four likely lasses from the Hull fish docks on a day trip to the races has been a hit with amateur companies for years. With its warm heart, relatable soul and fabulous roles for women, it’s not hard to see why.
“Exuberantly up-to-the-minute comedy” Guardian 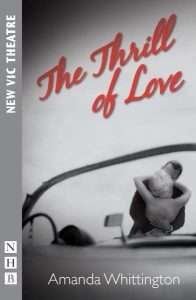 3.) The Thrill of Love
by Amanda Whittington
Cast: 4f 1m

A gripping, female-led drama about Ruth Ellis, the last woman to be hanged in Britain. Holding a place in our Top-10 for the fifth year running, The Thrill of Love dramatises an absorbing true story and takes a fresh look at the woman behind the headlines.
“Tense and engaging throughout… a triumph.” The Stage 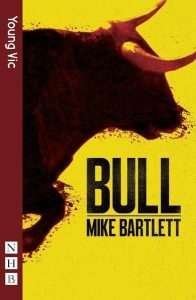 Storming on to the list in the first year of its performing rights re-release, Mike Bartlett’s razor-sharp play about office politics and playground bullying has been an instant hit with amateur companies. Witty and unflinching, Olivier Award-winning Bull offers ringside seats as three employees fight to keep their jobs.
“Short, slick and emotionally unflinching… delivers a decisive punch.” The Stage 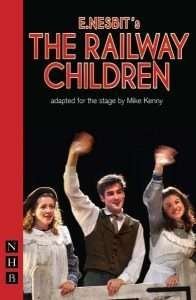 A prosperous Edwardian family who nearly lose everything captures the anxieties and exhilarations of childhood with great tenderness and insight. Mike Kenny’s imaginative adaptation of the much-loved children’s classic offers three plum roles for young performers, and is suitable for schools, youth theatres and drama groups.
“This glorious adaptation never for a moment runs out of steam.” Guardian 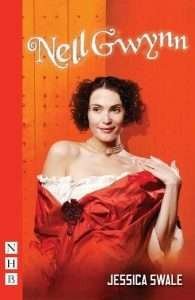 Holding a place in our Top-10 ever since its release, this explosive, extravagant, warm-hearted comedy is an unending delight. Boasting a large cast and a charming lead role for a female performer, Nell Gwynn won the Olivier Award for Best New Comedy. “Bawdy and brilliant… a wonderful, warm-hearted and generous piece of theatrical history.” The Stage 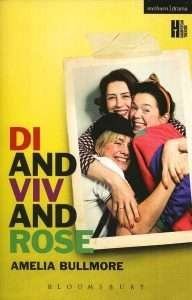 7.) Di and Viv and Rose
by Amelia Bullmore
Cast: 3f

A firm favourite with amateur companies, this warm and funny play about friendship offers three great roles for female performers. Crackling with wisdom and wit, Di and Viv and Rose is a humorous and thoughtful exploration of a relationship spanning 30 years.
“Brims over with warm, effervescent humour and sharp perceptiveness.” Independent 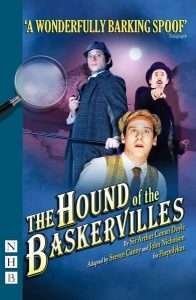 8.) The Hound of the Baskervilles
by Sir Arthur Conan Doyle, adapted by Steven Canny and John Nicholson
Cast: 3m

A gloriously funny makeover of the celebrated Sherlock Holmes story, from the hit comedy team Peepolykus. An energetic spoof, offering abundant opportunities for silly comedy and slapstick for three male performers.
“A masterclass in madcap energy… a fun and fresh Sherlock Holmes romp.” The Stage 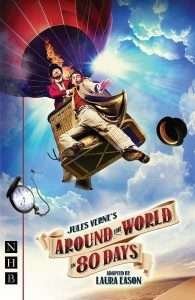 Laura Eason’s celebrated version of Verne’s classic novel packs in more than fifty unforgettable characters. This imaginative adaptation was written for an ensemble cast of eight, but can be performed by a much larger cast – making it perfect for any theatre company or drama group looking for a high-spirited adventure.
“Bursting with imagination, this exuberant whistle-stop tour through Verne is a trip worth making.” The Stage 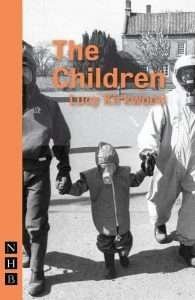 New to our Top-10 is the pressingly topical tragicomic The Children, following two ageing nuclear scientists in an isolated cottage on the coast, as the world around them crumbles. This beautifully written three-hander was named Best Play at the 2018 Writers’ Guild Awards.
“Sly, gripping, darkly funny… this is sci-fi kitted out with real people, real dilemmas, real scope.” The Times.