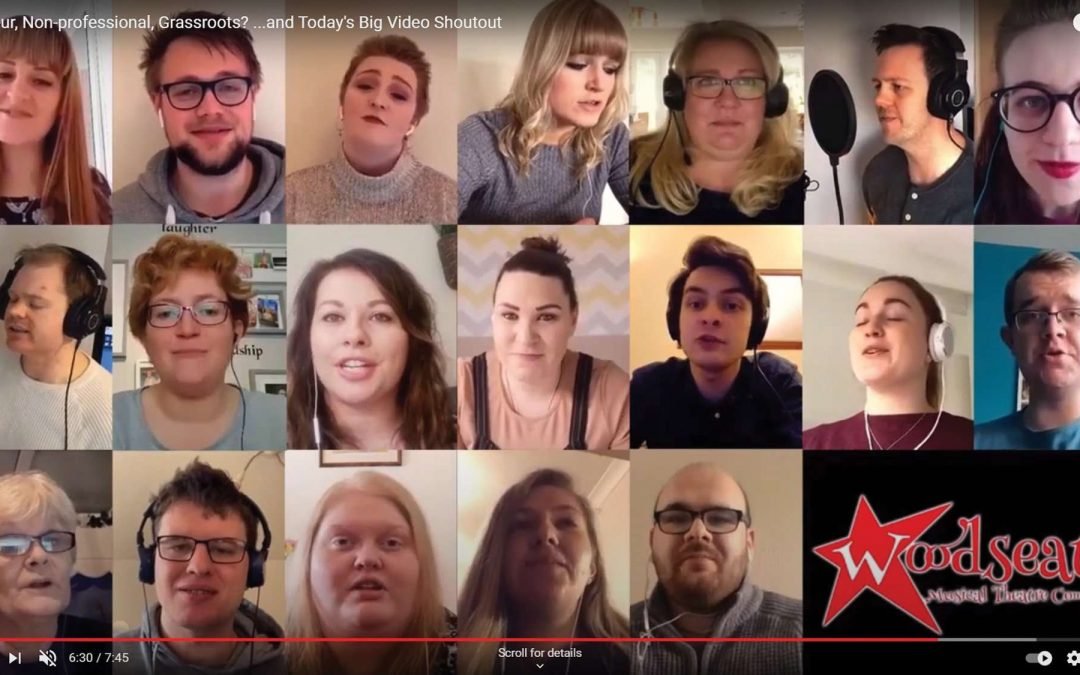 YOUR NEWS – Falling in Love with You

Our new daily shoutouts received an early boost when South Yorkshire’s Woodseats Musical Theatre Company got in touch regarding a new video the group had put together to showcase what its members had been doing during lockdown.
The result of Mary Newey’s initial contact combined with Georgina Willows’ video-making skills was a joyful celebration of the positive spirit of amateur theatre. You can still check out the video on our YouTube channel below:

The video went down so well that Woodseats’ Chair, Mary Newey, sent us another video just a day later which featured the collective talents of Sheffield’s musical societies.
Woodseats member, Adam Walker, contacted as many non-pro musical groups in Sheffield and put together a stunning version of Don’t Stop Believin’ taken from the musical Rock of Ages. That stand-alone video is also still on our YouTube channel and can be found below:

The reason both videos went down so well is because Woodseats Musical Theatre Company is typical of hundreds of similar amateur theatre companies up and down the entire country.
What it does demonstrate is the power of video and how we should all be producing our own clips. The Woodseats haven’t done anything that any other society couldn’t do to.
So let’s all try to put our heads together and come up with some video magic!