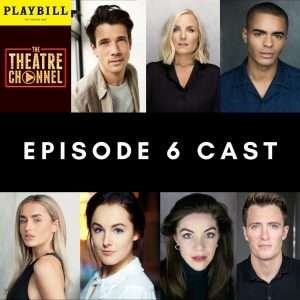 Following acclaim for their spectacular musical-packed digital series, Adam Blanshay Productions’ The Theatre Channel is back with a sixth episode, featuring more theatrical legends and musical magic! The new episode, entitled ‘Showstoppers’, will kickstart proceedings with incredible performances from major West End talent including Danny Mac (Sunset Boulevard; Pretty Woman The Musical), Kerry Ellis (Wicked; We Will Rock You), and Layton Williams (Everybody’s Talking About Jamie; RENT). The series will be available to stream in a new partnership with Stream.Theatre from Friday 30th April, with tickets for Episode 6 now on sale.

Further talent involved includes dynamic sister duo Amber Davies (9 to 5; Love Island) and Jade Davies (Les Misérables; The Phantom of the Opera) as Side Show’s conjoined twins, alongside Katie Deacon (Mary Poppins; An American In Paris) showcasing the original A Chorus Line choreography by Michael Bennett. The track for this stunning rendition of Music and the Mirror has been provided by Antonio Banderas’ Malaga-based Theatre company Teatro del Soho, following their acclaimed Spanish-language revival. Academy Award and Tony nominee Antonio Banderas will also be sharing his knowledge of the production in an extra special exclusive interview for The Theatre Channel, featured in the episode.

These incredible musical theatre performers will be led by director Thom Southerland (Titanic; Grey Gardens; Ragtime) and choreographer Ashley Nottingham (Spamalot; Singin’ In The Rain; Disney’s Newsies UK Premiere) with lighting design by Aaron J Dootson. The Theatre Channel are proud to be championing creative opportunities for freelancers and actors during this time.

Combining the thrill of stage and screen for an episodic musical revue of beloved classics, The Theatre Channel is an up close and intimate experience from the comfort of your home. The upcoming episode will also feature exclusive behind-the-scenes content, as the original producers of A Chorus Line take a trip down memory lane in memorandum to Tony Award-winning choreographer Bob Avian. Staged and choreographed especially for film, the production is an unmissable event.

Producer Adam Blanshay comments, With the release of Episode 6: Showstoppers, we’re celebrating several milestones. First off, as the pandemic and theatre closures have extended far beyond what anyone initially imagined, we’re overjoyed to welcome our new resident ensemble, ‘The New Café Five,’ giving fresh opportunity to a remarkable new group of performers to finish the series with us. Moreover, based on growth and customer demand, we’re thrilled to now be launching our content on Stream.Theatre, which we hope will expand our viewership far and wide, and draw in countless new theatre fans. Lastly, we pay homage to the loving memory of Bob Avian, and have included a special feature on A Chorus Line – we are grateful to John Breglio, Baayork Lee, and Antonio Banderas for their collaboration. 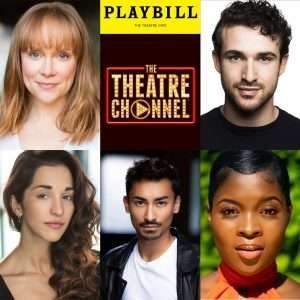 Previous episodes (1 – 5) of The Theatre Channel will be available to purchase at Stream.Theatre to watch at your leisure. Previous episode titles include ‘Welcome to the Cafe’, ‘Musical Horrors’ and ‘Hopeful Holidays’. The next instalment, Episode 7, will celebrate the works of the unparalleled Rodgers and Hammerstein, with incredible casting to be announced soon.