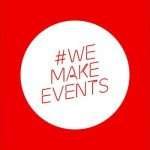 #WeMakeEvents Moves Towards Survival in the Square

Next week, renowned choreographer and TV personality, Arlene Phillips CBE, and founder of Pineapple Dance Studios, Debbie Moore OBE, will be showing support as #WeMakeEvents take to Parliament Square to raise awareness for the plight of the live events industry and the million-plus workers at risk of losing their jobs.

Survival in the Square will see a series of socially-distant creative performances each day in a visually stimulating showcase of diverse Arts genres. On Monday, 120 West End ballet dancers and a 130-man orchestra will take to the square in a striking declaration of dance to the government as the Creative and Cultural industries suffer from inadequate support, despite contributing £100 billion to the economy.

Over the last five months, the #WeMakeEvents campaign has been tirelessly raising awareness around the current plight facing the live entertainment sector and its urgent need for financial support if it is to survive the Covid-19 crisis. With the introduction of tier systems and the continued local lockdowns, returning to work has been made increasingly difficult for over one million people in the live events industry.

#WeMakeEvents is continuing to make its voice heard and asking the government to help the industry get back on its feet through creative activations called ‘Survival in the Square’. Taking place w/c 26th October, a series of performances are expected to occur throughout London with six socially-distanced pieces taking place each day in Parliament Square. The activations will cover a variety of genres across the performing arts spectrum, including:

The movement follows a busy few weeks after #WeMakeEvents organised a range of high-profile activations that have made headlines across the globe. Following on from the initial #LightItInRed day back in July, the first Day of Action took place on 11th August which saw some of London’s most iconic landmarks lit up in red along with those across the regions to highlight the crisis. Similarly, last month’s Global Day of Action saw more than 25 countries across the globe light their buildings in red to show solidarity, as well as other creative activations emphasising how the industry is being impacted on a global scale.

Gary White, Lead Producer of #WeMakeEvents, comments: “The latest government support packages, although welcome, are not reaching the majority of those who need them the most and will only benefit a small group. Larger, more meaningful action needs to be taken.

“With Survival in the Square, we truly want to showcase the diversity of performance and just how far the live events industry stretches. We want to display to Parliament the spectrum of skills and talent involved within live events. These cross over into the hospitality sector, yet aren’t eligible for any of the hospitality funds recently announced by the Government.

“We need to ensure the Government realises what we bring to the UK economically and culturally. We will be a good return on investment for the future, and that we will continue to campaign until there is sufficient support for everyone involved in our industry.”

Arlene Phillips CBE, Laurence Olivier award-winner and former Strictly Come Dancing judge, comments: “Everyone in the performing arts is suffering from a loss of income, loss of respect, loss of performing, and most of all, the loss of the understanding that dance is a passion turned into a career only by years of punishing study harder than most athletes. Members from the industry are now being advised to change careers. Dance is my life, and it’s hard to watch as sharp, intelligent dancers are being rejected for a number of retail or support jobs as they are not considered to have the right skills. Dancers are everything.”

Debbie Moore OBE, founder of Pineapple Dance Studios and renowned business woman, comments: “Over 40 years ago I opened Pineapple to provide a home in Covent Garden for dancers both amateur and professional from all over the world-providing dancers for the global dance industry & musical theatre which is a huge contributor to our economy yet without support the dancers cannot continue to train & therefore in turn contribute to the economy”

Ruth Mair Howard-Jones, a freelance choreographer, comments: “The dance industry is the metaphorical dying swan of the wider UK economy,” she says. “Freelancers – whether they are dancers, choreographers or production engineers – are the lifeblood of a once vibrant cultural sector for our nation. Dance and theatre attract tourism, generate revenue and uplift the spirits of the public in today’s uncertain and sombre times. Government has thus far failed to give the dance and arts industry the requisite support to keep this sector alive. As the government continues to turn its back on an industry in plight, so too does the Drift of swans at the end of the ballet our talented dancers will perform on Monday. This symbolic gesture is a plea to government to help revive the jobs and opportunities lost during COVID-19.”

Casey Nokomis Pereira, a freelance ballerina, comments: “This pandemic has meant not only losing my job but also watching as my entire industry suffers. This is not the end of the arts, but instead this is the time to recognise the value of the arts sector. We need artists and the public to stand strong and stand together to keep our industry thriving, no matter what.”

Also supporting the Survival in the Square Activations will be West End Waiting. “The West End Waiting Facebook group was created to bring people in the performing arts and events industry together,” says Lee Durnford, founder of the group. “The original idea was for us to be able to discuss relevant topics and give each other support. The group has grown to just over 12,000 members and we have a collective of West End musical directors, stage managers and choreographers who meet on a regular basis to place and create peaceful activations to create awareness of the plight of the performing arts.”