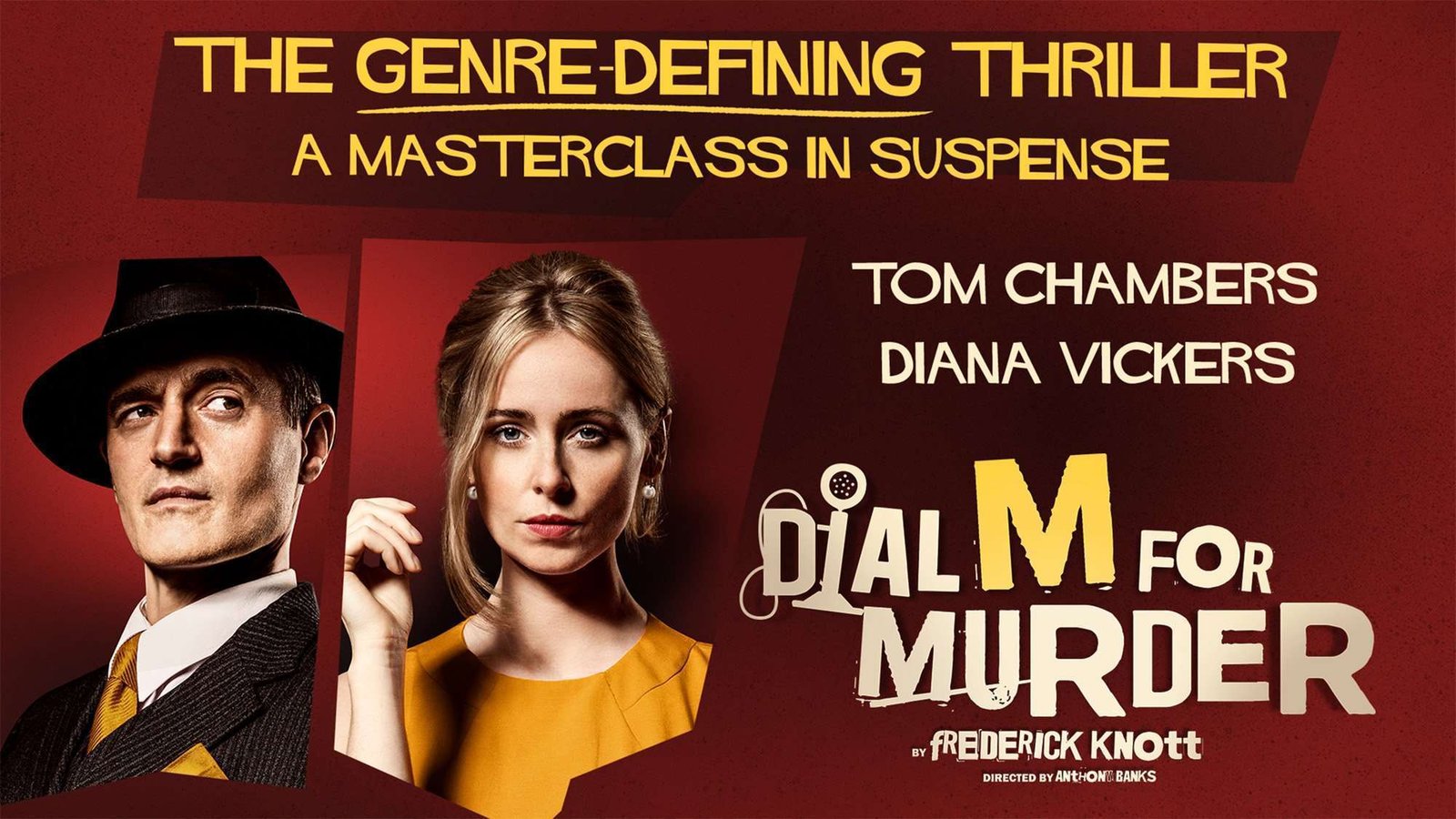 Can you ever get away with the perfect crime?

Dial M for Murder is to resume UK tour dates this autumn with The X Factor songstress – now renowned for her acting roles – Diana Vickers joining the production alongside Tom Chambers, Christopher Harper and Michael Salami as they resume their roles in the genre-defining thriller.

The new production of Frederick Knott’s stage and screenplay – made world-famous by Hitchcock’s iconic 1954 film – is directed by Anthony Banks and began performances at the Richmond Theatre on Tuesday 14 January 2020.

TV and stage favourite, Tom Chambers, (Top Hat, Strictly Come Dancing) stars as the charismatic and manipulative Tony Wendice, a jaded ex-tennis pro who has given it all up for his wife Margot, played by Diana Vickers. When he discovers she has been unfaithful his mind turns to revenge and the pursuit of the ‘perfect crime’. Christopher Harper (Coronation Street, Strangers on a Train) performs in the dual roles of Captain Lesgate and Inspector Hubbard and Michael Salami (Hollyoaks) as Max Halliday, Margot’s lover.

Michael Salami is Max Halliday. Michael Salami is a multi-award-winning actor. Born in America and raised in London, Salami discovered his passion for acting in 2007. Salami made his first on-stage appearance at Oval Theatre in 2010 and has since then performed at The Old Vic, Soho Theatre, Lyric Hammersmith, Southwark Playhouse and Theatre503. Salami studied at Stella Adler Studio of Acting in New York graduating in 2016 and since then has appeared in Hollyoaks; Catastrophe; The Temple and Magic Hour. His leading role in Just A Couple has landed him a number of nominations and awards such as a Screen Nation Award for Best Actor. Just A Couple is now in full development with Channel 4.

During lockdown Tom Chambers, Christopher Harper and Michael Salami continued their theatrical collaboration, starring together in Apollo 13: The Dark Side of the Moon, an online dramatization of the troubled 1970 lunar mission which won celebrated reviews.

Dial M For Murder is produced by Simon Friend and Gavin Kalin.