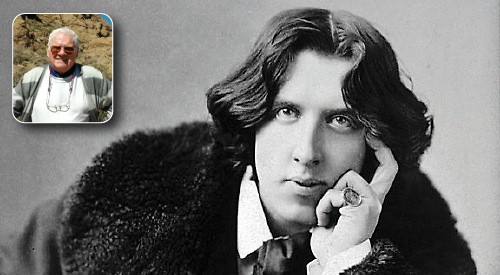 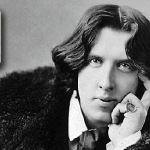 It’s now just over 120 years since an actress first strode onstage from the wings of the St James’s Theatre in London, on 14 February 1895, and into theatrical history , playing the aristocratic Lady Bracknell in Irish genius Oscar Wilde’s comedy, The Importance of Being Earnest.

Since then Wilde’s enduring masterpiece has continued to be a popular choice of play selection committees throughout the world.

You remember it was Dame Edith Evans’s delivery of the withering comment to  the orphan , Jack Worthing, that “to lose one parent may be regarded as a misfortune but to lose both looks like carelessness” which has passed into theatrical folklore.

Now the fearsome Lady Bracknell has been resurrected for the first time in a one-act tribute drama, Lady Bracknell’s Return, written by Peter Harrison who took the precaution of first submitting his pastiche  to the Oscar Wilde Society to see if any attempt to emulate the style of the Irish genius would be regarded as heresy.

A couple of lines from the play will give the flavour of the thing. Lady Bracknell observes: “My dear child, with eligible men in society proving so elusive, for your parents to have one daughter who is married may be regarded as good fortune. To have all four married looks rather tactless.”

The response from the Oscar Wilde Society Peter describes as gratifying.  Vanessa Heron of the Society described the new work as “unusual, and witty and very visual. “And promised the Society would promote any production of it through their 8,000+ Facebook followers.

The play is being produced and directed by Jen Leahey-Hopwood, a graduate of the Italia Conti school who also has a part. She says “Being approached to work with Peter Harrison was an honour in the first instance. However after reading the script I was ‘all in’ immediately. This quirky story full of charm, wit and substance, dominated by the appearance of the ever-powerful and formidable Lady B., creates the perfect vehicle to pay homage to the late great Oscar Wilde with a modern audience in mind.”

Casting is almost complete and it’s hoped initially to stage a virtual performance until theatre restrictions are eased. The play is for 2m and 2f and at 5,000 words would run for about 30 minutes.

Thank you, Sardines, for your encouragement. You will be first to learn when Lady Bracknell’s Return is available online.