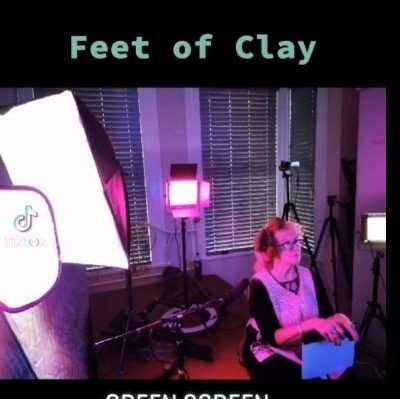 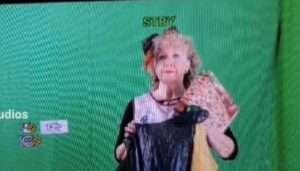 Well at last, the filming of my script for Feet of Clay is underway.  It was hard work because as well as acting in it, I am  clapper boarder extraordinaire.  Although, I have appeared in many TV films I never realised that crewing was such hard work.  The amount of time taken to set and reset the lighting meant that  took up most of the time.  The acting was incidental.  As it’s been decided to work with a lot of green screen, we had to use our imagination.  Not only that for reasons best known to himself, the director decided that all the lines by the main actor would be filmed separately, therefore as well as green screen we were talking to ourselves.  I can’t imagine what the editing process will be like.  I must say it was amazing to hear your written words turn into reality.

Meanwhile, the local theatres are still shut, but they keep announcing rescheduled productions and so we have no idea when amateur theatre can start performances again.  We have committed to a November production, which was the one that we so nearly performed before lockdown, and was cancelled two weeks before curtain up.  The play is a farce, Don’t Dress for Dinner by  Marc Camoletti, although there has had to be some cast changes due to illness and other reasons, non-actually Covid related which is a surprise.  The strange thing about this play is that when we decided to put it in our schedule, I hadn’t heard of it.  I did an internet search and found a review, which I read with interest until I discovered I was the one that wrote it.  I’d reviewed a professional production at the local theatre and had no memory of it at all.  Ooh Err! Must be Lockdown memory.