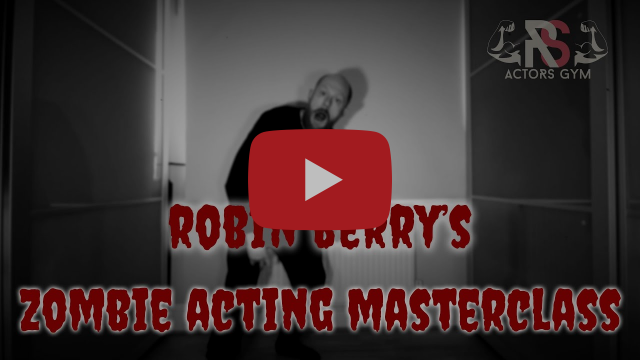 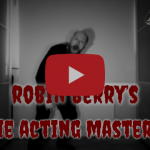 How To Perfect your Zombie this Halloween

How To Perfect your Zombie this Halloween

As if 2020 hasn’t been nightmare enough, this week sees us descend into the world of Halloween and being robbed by children of our comforting snacks (from a responsible distance).

The Actors Gym‘s motion capture and physical performance coach, Robin Berry, has come to the rescue though with a free tutorial of how to blend into the Zombie crowd which is available from free on the Actor’s Gym website from today.

Robin Berry has been in the business as an actor for 16 years. His credits include One Man, Two Guvnors (National Theatre), Silent Witness (BBC) and Mowgli (Netflix). He is also an experienced motion capture performer, working with Andy Serkis’ Imaginarium company. Robin has been mocap and physical performance coach with The Reel Scene for 3 years.

About The Actors Gym

The Actors Gym are masters at connecting and supporting members with their online community, offering self-tape feedback, Q&A sessions with special guests, exclusive training and zoom workshops with key industry experts from a variety of fields.

Actors are encouraged to send off two self tapes a month, from which they receive a page of written feedback. Self-taping is the process of recording an audition for a film or television role from home and then sending the resulting video to an agent to be submitted for a role, rather than attending an audition in person.

Fidelski comments on the importance of practicing this new virtual way of auditioning, “The film and television industry cancelled most in-person auditions and moved to requiring self-tape auditions sent in by actors. Productions ground to a halt but acting is like any other profession. Actors need to keep training, to keep acting, to keep their skills sharp for when productions re-open.”

Director Debbie Howard and casting directors such as Sue Needleman and Andrea Clarke are available to give online feedback to help inspire and shape actor’s art. Celebrated names like Asa Butterfield (Sex Education), William Moseley (The Chronicles of Narnia, The Royals) and David Schaal (The Inbetweeners) are also involved in coaching on a regular basis.  Other talent includes Glen Wallace, Cristian Solimeno,  Bill Ward,  Shobu Kapoor and Ali Bastian.

The Actors Gym has been a lifeline in lockdown for actors socially as well. Their supportive online community has flourished and they run regular quiz nights and film clubs. This month, mental health professional Chris Allan ran the film club and hosted a Q&A, encouraging actors to look deeper into the psyche of the characters they play. Cristian Solimeno will be hosting the film club in September, showing his film I Made This For You to mark World Suicide Prevention Day.

Asa Butterfield says about The Actors Gym and The Reel Scene, “They’re like a family. And I’m not just saying that because I’ve gotten to know them really well. When people come to The Reel Scene, whether it’s for a single session or just for a three-day workshop, you’re part of it, you’re in the family.”

Asa has been busy during lockdown developing his own projects and appearing in a public Instagram live stream Q&A session with The Actors Gym as well as a private session with gym members. He says, “That’s what I’ve been doing most of, especially in ‘Corona time’, pretty much all I’ve been able to do is read scripts and have conversations with directors. So, I haven’t been able to actually act or be a part of any sort of performance.” Asa is already looking forward to his next Masterclass and is working with The Reel Scene to schedule it around the shooting of Sex Education Season 3, which has just begun.