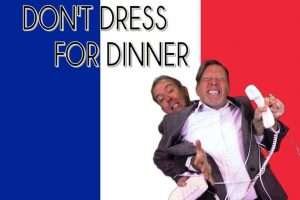 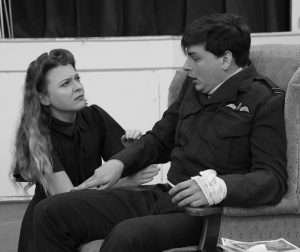 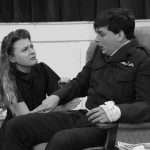 Well at last, our long awaited production of Don’t Dress for Dinner is actually going to go ahead this week.  It was a week away from performance when the lock down came in 2020.  Now at last we at the theatre putting the final touches to the set.  We have collected all the props, flats and costumes from the various storage places and I also managed in the process, to drop a ceramic sink on my foot, and nearly ended up in A&E.  I spent the weekend crawling around on all fours and, as I am only two weeks away from performing in Terence Rattigan’s Flare Path, I had a vision of playing the part in a large plaster cast or boot.  Luckily, by magic, my foot is okay.

All the RAF uniforms have been hired for that production and they actually fit, although the women in their forties’ outfits have caused more grief than the uniforms.  The leading ladies find fault with everything, I wonder if the professional theatre costumiers have the same problem.

At the moment, it is all fingers crossed that nobody tests positive after the lateral flow tests.  The theatre management are insisting on these tests daily for all actors and backstage crew. We have had to nominate a Covid person to make sure that everyone obeys the rules.  However, we are excused masks although, all the theatre staff are wearing them.

The only problem would appear to be ticket sales.  They are down on the usual numbers, which I suppose, is due to theatregoers being more wary about sitting in a crowded theatre after the restrictions.  However, they are increasing and everything looks positive for the future, but hopefully not on a flow test