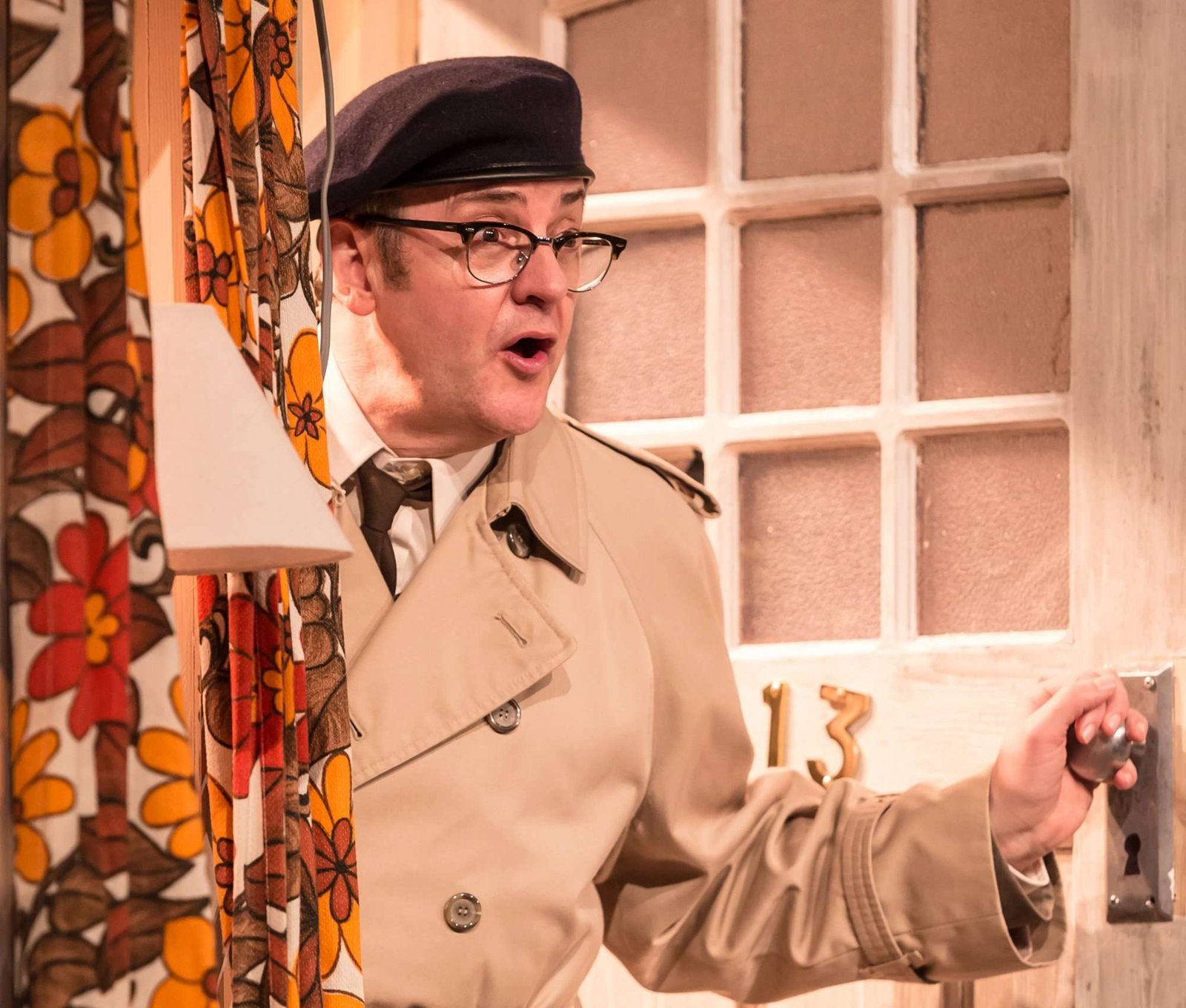 The producers of the highly acclaimed UK tour of Some Mothers Do ‘Ave ‘Em are delighted to announce rescheduled dates in 2022. This second UK tour was cut short when theatres were closed by the Government because of the Covid-19 pandemic in March 2020, but is due to recommence on Tuesday 29 March 2022 at The Gordon Craig Theatre, Stevenage.

The stage adaptation of Some Mothers Do ‘Ave ‘Em is by Guy Unsworth, based on the original TV series by Raymond Allen.

Joe Pasquale will reprise the role of the loveable but accident-prone Frank Spencer, with Sarah Earnshaw as his long-suffering wife Betty. Both are due to star in the UK tour of April in Paris from 17 May 2021, making it one of the very first stage shows to open this year.

Joe Pasquale said “sadly we had to close the show just three weeks into the tour in March 2020 when the pandemic started, so I cannot wait until I can once again don the iconic mac of Frank Spencer in one of Britain’s funniest comedies of all time.” 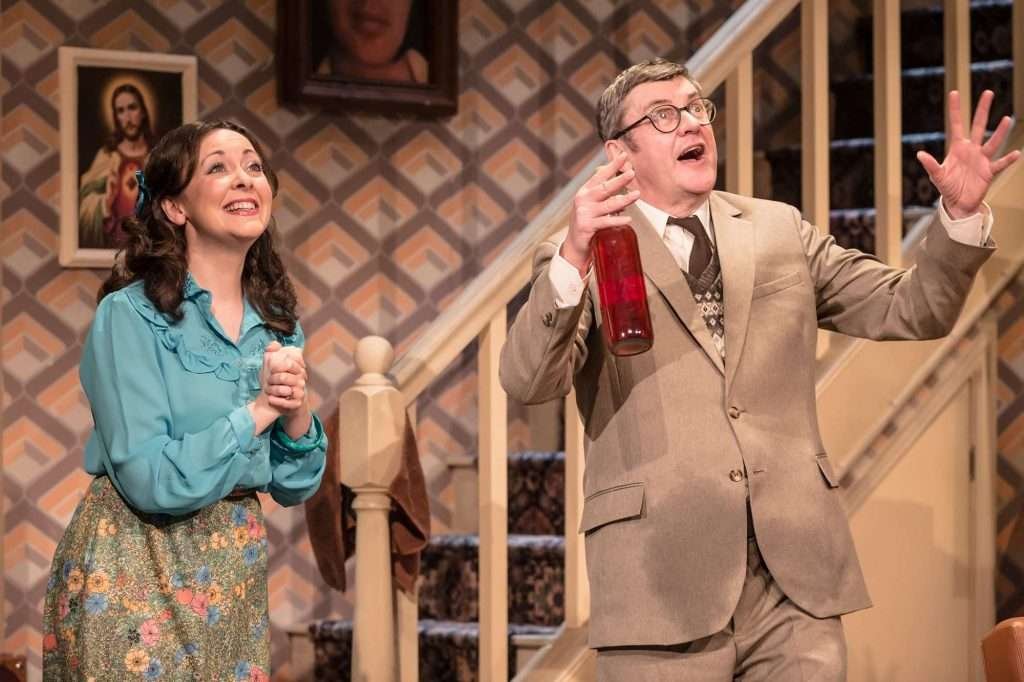 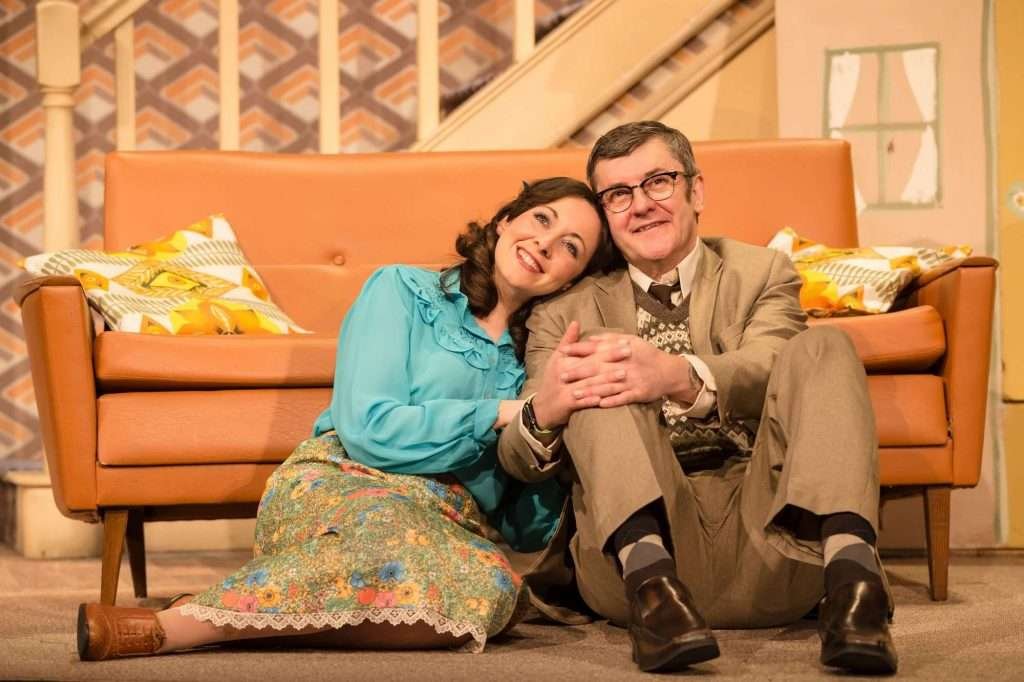 Comedian Joe Pasquale has delighted audiences with his live stand-up tours for over 30 years. Along the way, he’s voiced characters for Hollywood movies Garfield: A Tale of Two Kittens and Horton Hears a Who!, children’s television animation Frankenstein’s Cat and starred in The Muppets’ 25th Anniversary Show.  Joe made his theatrical debut in 1999 in Larry Shue’s The Nerd, followed by the touring productions of Tom Stoppard’s Rosencrantz and Guildenstern Are Dead and Mel Brooks’s The Producers. In addition, Joe took part recently in ITV1’s The All New Monty: Who Bares Wins, he was crowned ‘King of the Jungle’ in ITV’s I’m A Celebrity…Get Me Out Of Here in 2004, appeared on five Royal Variety Performances, hosted his own ITV special An Audience with Joe Pasquale, at times hosted The Paul O’Grady Show for Channel 4 and hosted the long-running television series The Price is Right for ITV.  Other recent TV credits include a celebrity edition of Total Wipeout; Guinness World Records Smashed and Virgin One’s The Prisoner X.

Prior to playing Betty in Some Mothers Do ‘Ave ‘Em, Sarah Earnshaw most recently starred as Connie in The Nightingales (Theatre Royal Bath & UK Tour) and Jennifer Lore in the UK Tour of Nativity – The Musical.  Her other theatre credits include Travels With My Aunt (Chichester Festival), The Lady of the Lake in Spamalot (West End and UK Tour) and the original London cast of Wicked.

Some Mothers Do ‘Ave ‘Em is directed by Guy Unsworth and designed by Simon Higlett, with lighting design by Matt Haskins, sound design by Ian Horrocks-Taylor and choreography by Jenny Arnold.

The UK Tour will be produced by Limelight Productions.