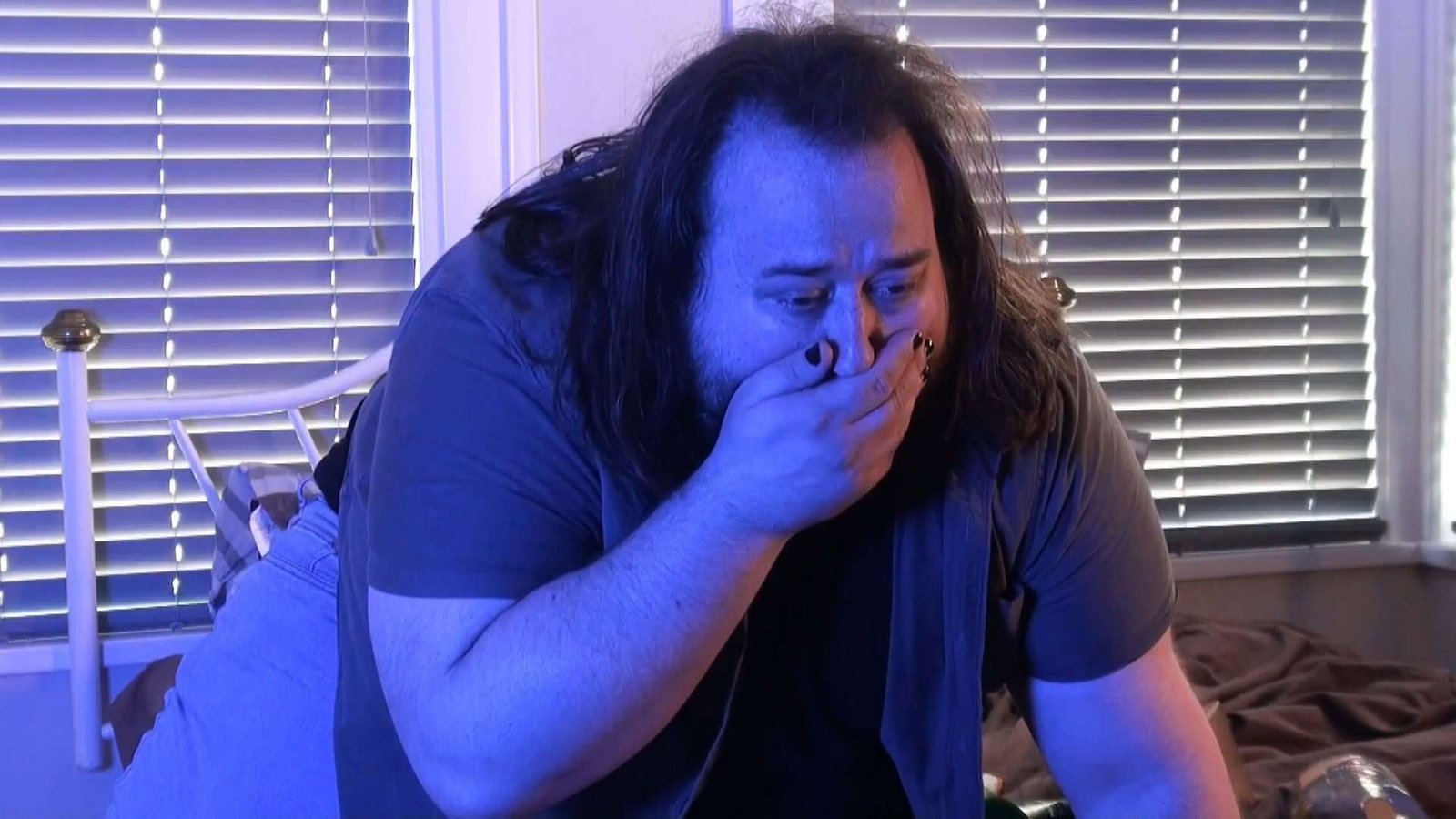 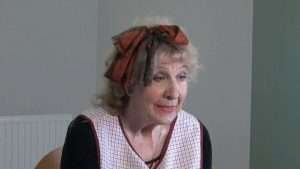 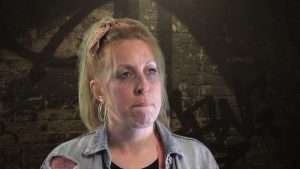 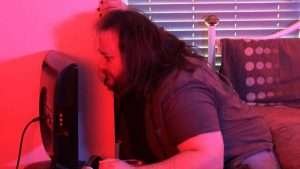 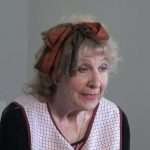 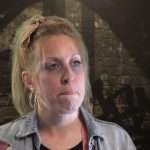 FEET OF CLAY – MAKING A SHORT FILM DURING LOCKDOWN

This post is about Jacquee’s Storozynski-Toll’s short play Feet of Clay coming to life.

It all started when I she sent it to me over email the original plan was to produce a zoom video as everyone was in lockdown at the time.  I read it and instantly liked it but I saw a rather more grandiose idea and for some reason saw had the inkling of an idea that it could make an interesting film.

I told her I had the idea to make it into a film, my first challenge was how do I make a story about a man in a bedroom visually interesting as just shooting a man in a bed and various characters coming in and out of the room like envisaged in Jacquee’s script, would be boring.  As I thought further I had the idea of putting him and his bed in the middle of a garden and the surreal suddenly became a distinct possibility.

So far I only had what I thought was the opening and closing scene in the garden – nothing else but the idea door opened and revealed to me that everyone other than the Man could be appearing from literally anywhere as they were either dead or no longer in his life.  I then realised we could all those sequences as green screen and just cut between them and the Man in the bedroom.

The lockdown at the time only permitted one scene to take place – the garden scene, so I got to scheduling that in with the help of Carol my next door neighbour and the author Jacquee and my lead actor Jamie,  I acted as camera on the garden shoot, Jacquee provided all the props and Carol gave us cups of tea and I used a blow up bed and the bedclothes and we off and running, luckily I have a high balcony above the garden so was able to do an super zoom in and out from the Man in the bed – those shots in the can I proceeded to edit the opening scene to production level.   I usually edit and mix sound at the same time and I quickly got to a nice rich mix with sound effects, ambient noise etc.

I arranged a Zoom session with the actors I had cast luckily I’m chairman of a drama group so no problem finding the right actors.  They all read the script over Zoom and I talked about my ideas the plan was to shoot it in early November at my flat.  At that point I’d given no thought about how I was to shoot the indoor scenes just getting a schedule in place.  I produced a call sheet and sent that out.

The same schedule was used and all the actors turned up and did their green screen scenes, so much support which I’ll be eternally grateful for.  Edwina on food, Jacquee on clapper, Chris my superb sound man, Rory my DOP and camera operator and me with my clipboard and monitor of the camera.   We done the tests with sound and lighting and we managed to get all our scenes in the can in two days.

Our lead actor had to wait a week as he was unwell and I didn’t feel it right to continue at that time, so the week’s break allowed me to test review the footage we already had and start fresh the following weekend.

We completed work about 8.15pm that evening.

Another decision I made was to not start editing straight away so I told Rory my DOP and co-editor we would not set a deadline and take our time, little did I know how long the editing process would take four months!

The problem was although we had lit our green screen really well for the fantasy sequences there was sellotope used to connect to two portion of green screen and it caused us some issues.  We were using Hitfilm Pro to key our matte (that’s basically where you isolate the actor from the green background effectively making it transparent so you can place anything behind them) its how they make most modern superhero movies now.

This slowed us down as we’d done the basic scene editing but not the extensive keying which little did we know would take not hours but days, but we were rescued (metaphorically) by our white knight or more precisely Boris FX Primatte) which allowed us to draw exactly around the areas we wanted to remove and then just lose them – produced a clean matte.  Hooray  – this saved so much time.

I was mixing the sound and Rory was coming one or twice a week to do long editing and compositing sessions, so much that his wrist would ache.

Plenty of Just Eats and Deliveroo’s kept us going.

Eventually we could see a rough cut forming and scenes we had finished slowly flowed and came together in a cohesive way.

Just a few hours ago I watched the final cut – we are showing it the author first and then a cast and crew screening followed by an upload to Vimeo for the world to see.

I’m in no rush to do another film, but its satisfying to see the project finally come to fruitition.

Filmmaking is hard work and long hours but if you have a creative drive, great team and determination and patience you can make it happen.

Thanks for watching and I hope you enjoy watching Feet of Clay.  Please feel free to comment.