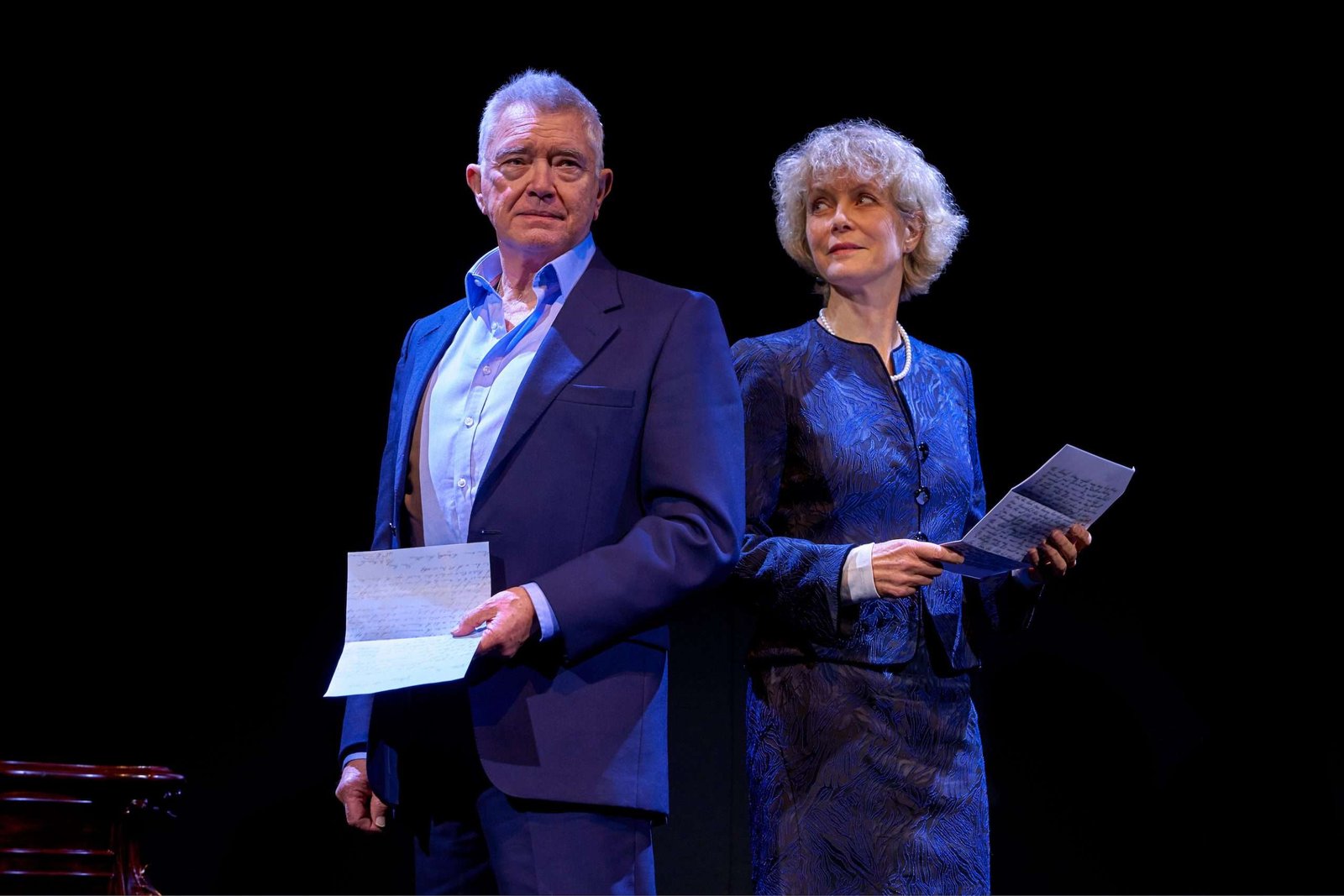 The play opened on 3 December 2020, the first day after the Prime Minister decreed that lockdown would end.

This production of Love Letters was previewed at Theatre Royal, Windsor as part of its five-week, five-day, five-play season.

Love Letters first opened in New York in 1989 and was a finalist in the 1990 Pulitzer Prize for Drama. Gaining huge popularity, it has since played in theatres across the globe, attracting both real-life and on-screen couples to star as the protagonists. The last Broadway production in 2014 featured Mia Farrow and Brian Dennehy.

When the young Andrew Makepeace Ladd III accepts an invitation to Melissa Gardner’s birthday party, Melissa writes him a thank you note… and a unique romantic friendship and delicately warm correspondence destined to last for almost half a century is born.

Love Letters is the tender, tragi-comic story of the shared nostalgia, missed opportunities, and deep closeness of two lifelong, complicated friends. A play that could have been written for the Covid era about two people physically separated yet brought together by candid communication and shared confidences, a romance blossoming across the miles and the years.

Since then Judge John Deed has consistently topped polls of TV shows viewers most want to return.

Now Shaw and Seagrove are together again, live on stage, in a heart-warming love story…

In the interim, both have made several West End theatre appearances and Shaw has starred in several series as Inspector George Gently, while Seagrove has completed big screen appearances in Another Mother’s Son and Off the Rails.

Martin Shaw’s many West End successes include: Robert Bolt’s A Man For All Seasons and Oscar Wilde’s An Ideal Husband (both Theatre Royal Haymarket), Alan Bleasdale’s Are You Lonesome Tonight, Clifford Odets’ The Country Girl, Reginald Rose’s Twelve Angry Men and most recently (and relevantly) as a tortured American presidential candidate in Gore Vidal’s The Best Man.

Jenny Seagrove last starred at the Haymarket in Alan Ayckbourn’s How The Other Half Loves and her many West End productions include Tennessee Williams’ Night of the Iguana, David Rabe’s Hurly Burly, David Hare’s The Secret Rapture, Noël Coward’s Present Laughter and Somerset Maugham’s The Letter. 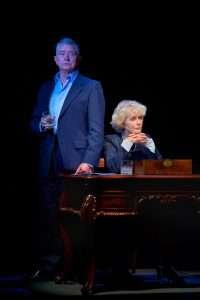 Covid Secure: The Theatre Royal, Haymarket will be operating under current DCMS guidelines (including the wearing of face masks and social distancing) in order to ensure that customers can enjoy their visit in a safe and comfortable environment. Full information will be provided with tickets.