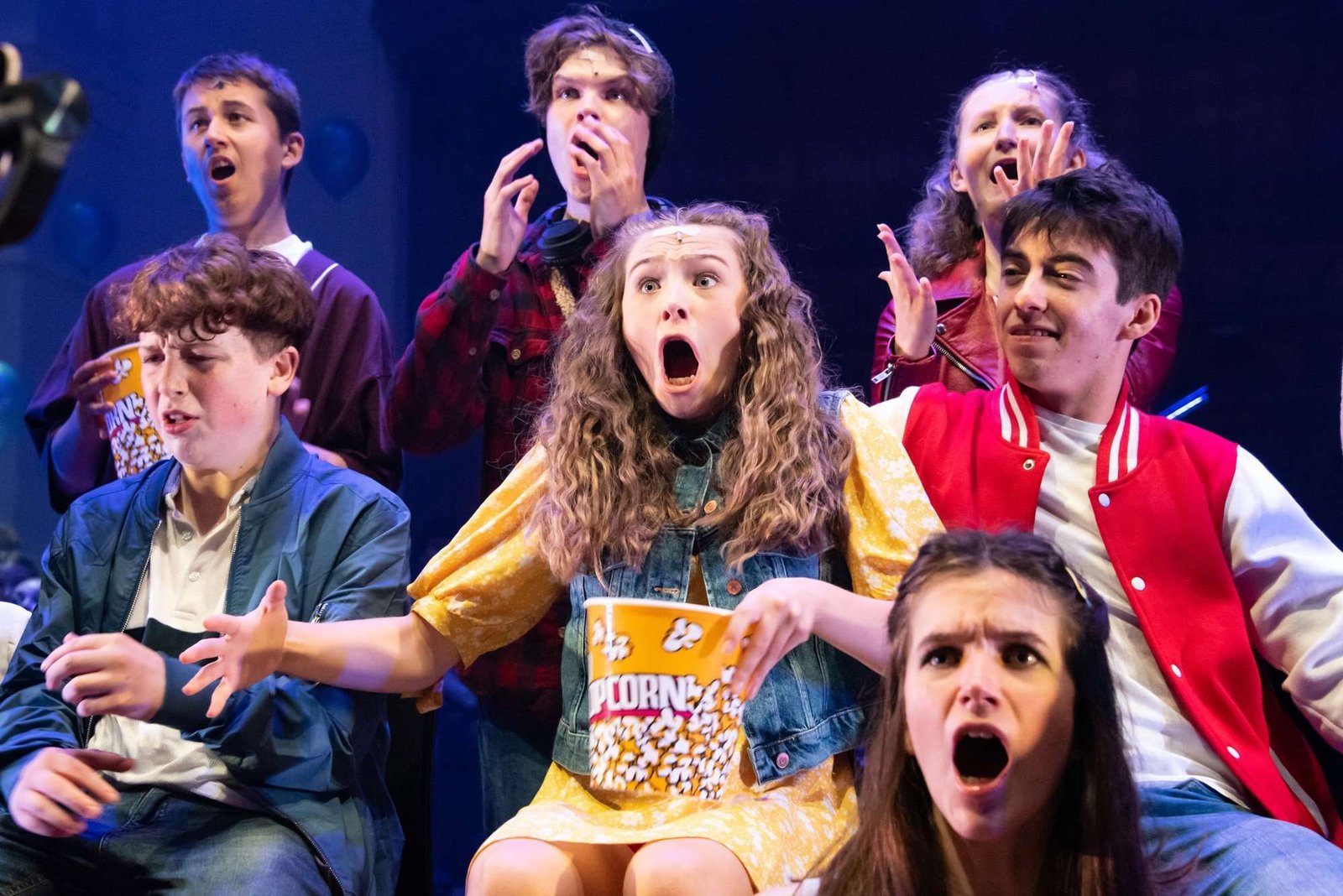 There’s a lot to be said for a musical about being thirteen and wanting a really good Bar Mitzvah being done by young performers who are exactly the right age. When this show, which dates from 2007, ran on Broadway the cast were adult. On the other hand it’s a huge challenge for a single actor  (Edward Flynn-Haddon – as Evan) to take centre-stage alone at the beginning and somehow kick it off, especially when there’s an initial problem with sound balance and his words are inaudible. Or at least that was the case from my seat in the third row.

Because his parents have just divorced, Evan is whisked from busy New York, where his friends are, to make a new start with his mother in a small town in Indiana, “The Lamest Place in the World”. What follows is very recognisable story about making friends, burgeoning obsessive interest in the opposite sex and finding ways of surviving in the rough and tumble of everyday teenage life with all its awkwardness.  Everybody wants to go out with the Kendra (Rebecca Nardin – charismatic). There’s also a gentle inclusion story because one of the boys, Archie (Ethan Quinn – interesting) is disabled by a degenerative disease.

Cadogan Hall is, of course, a concert hall not a theatre and this is a semi-staged production with the very large ensemble seated on chairs in angled rows with the band (immaculately led by MD Chris Ma on keys but sometimes too loud) upstage at the apex. The action takes place in the downstage triangular space without props or set – apart from the occasional use of chairs already there.

Songs are interspersed with spoken dialogue which comes with the usual problem of young actors grappling with American accents and often losing clarity. Some of Jason Robert Brown’s songs are lovely, however: “Tell Her”,  well sung by Eward Flynn-Haddon and Ivy Pratt as Patrice, for example, really delivers some evocative harmony.

Timi Akinyosade stands out as Malcolm. His dancing draws the eye and he sings with gusto as well as being convincing as a lad about school closely bonded with Samuel Mehinick’s Brett. The latter gives a fine performance too – snarling, threatening and eyeing up to conceal his vulnerability.

The choreography is this show is magnificent. Despite the huge ensemble and the limitations of the space Corin Miller makes every single movement shine with joie de vivre and I was impressed by the professional stillness of the ensemble when seated.

This show starts rather creakily, probably because of youthful nervousness and inexperience, but warms up pretty rapidly so that 90 minutes later the post curtain call, full cast, dance is exuberantly, infectiously vibrant – and exhausting to watch for anyone over the age of about 16! 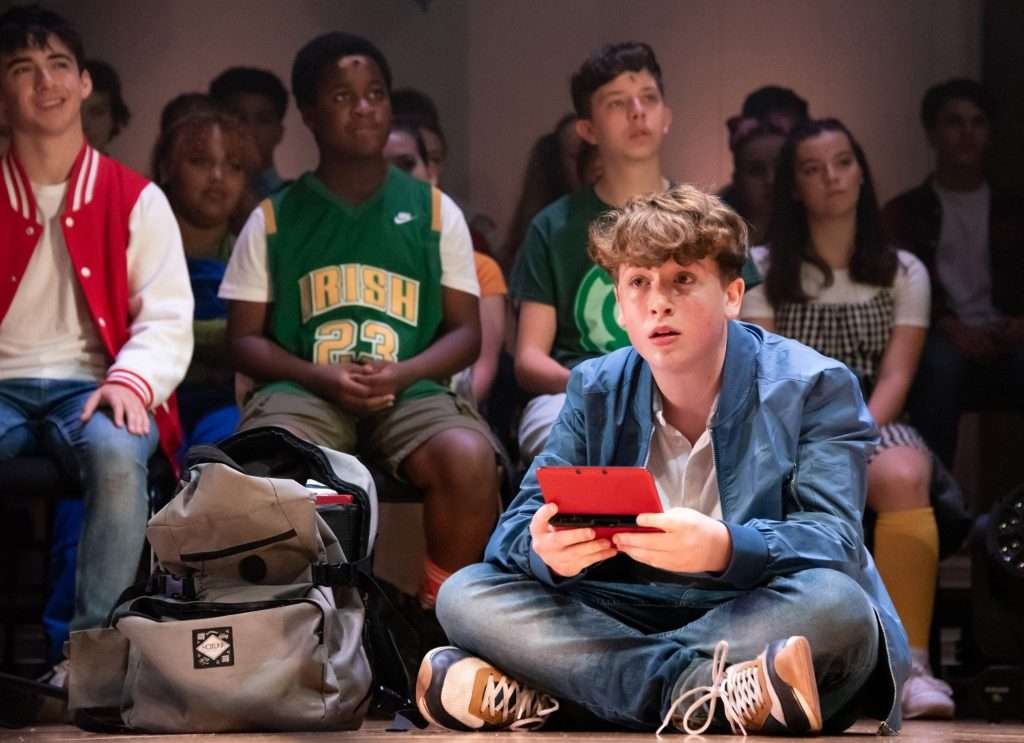