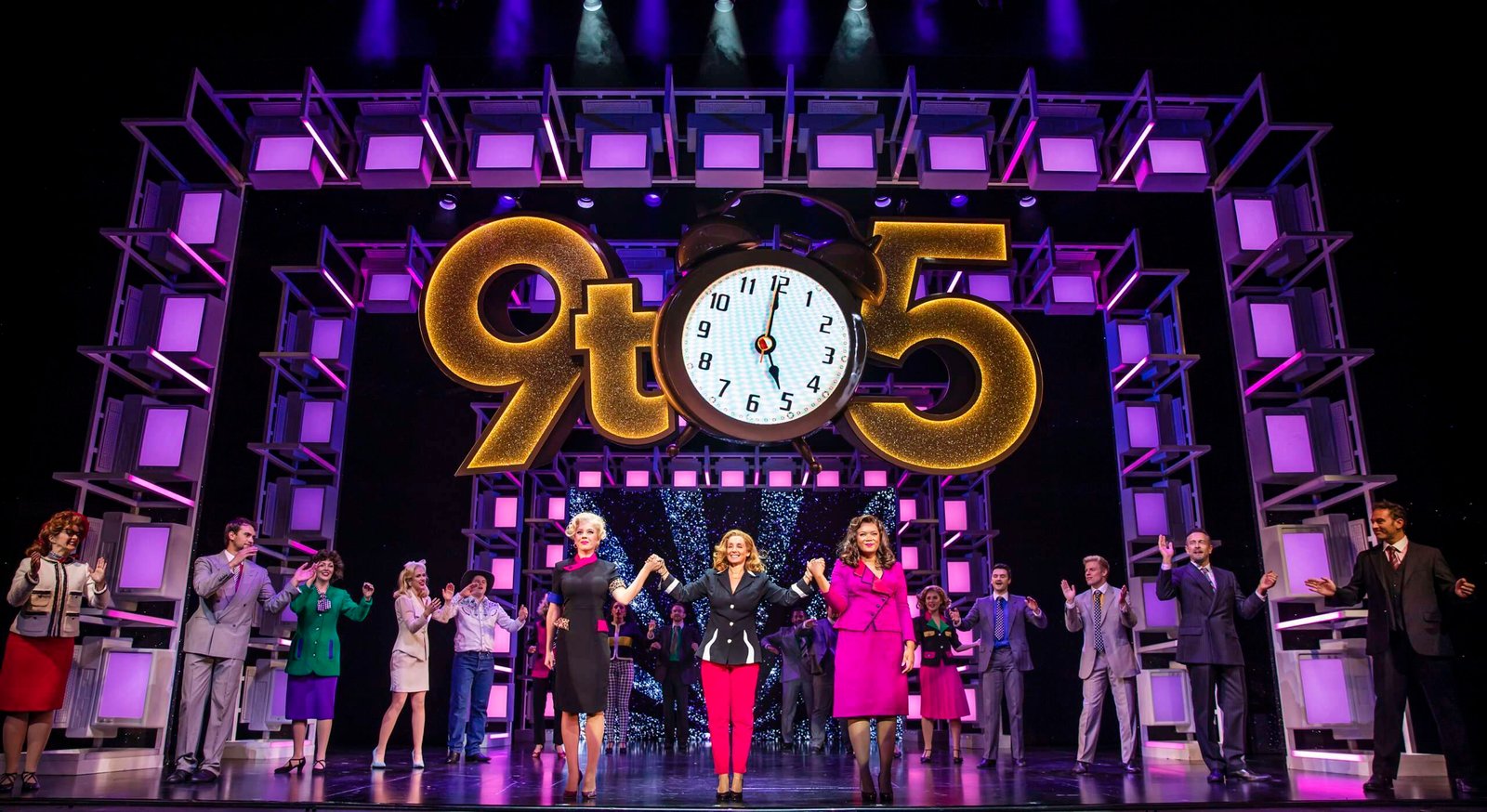 Review by Diana Eccleston for Sardines

Working 9 to 5 in an office has been a distant memory for many people over the last 18 months of the pandemic.

So, is this Dolly Parton (music and lyrics) stage musical version of the four decades old film a museum piece?

Yes and no. I appreciate the girl-power sentiment of working women getting their own back on a scummy, cheating, misogynistic boss. But subtle it is not. And the humour is not my sort of fun, though judging by the excited and excitable packed audience at Tuesday’s gala opening night I was in a minority of one!

It’s about three women who don’t just get mad at their nasty male boss. They get even… after they’ve got stoned courtesy of the dope generously provided by widow Violet’s teenage son.

She’s the office stalwart, who does everything and gets overlooked for promotion. Her partners in crime are busty blonde bimbo Doralee (played by Dolly herself in the movie) who others assume is being bedded by the boss. And joining them is new girl Judy, about to be divorced by her husband.

Louise Redknapp, Stephanie Chandos and Vivian Panka do their best with the two-dimensional characters.

Others are cartoons, most notably Roz (Julia J Nagle) , who fancies boss Franklin (Sean Needham), though they do get a mildly amusing big dance number together.

There are feeble “dick” jokes and some tasteless bits, like Doralee carrying a gun in her purse. Not easy to find funny these days.

There are some positives: effective settings, some zippy choreography and filmed appearances by the always enjoyable Dolly herself.

I like my musicals with a bit more oomph and more memorable music: here the title song is far and away the best.

The show is on tour. Don’t think about it too deeply and you may enjoy it!