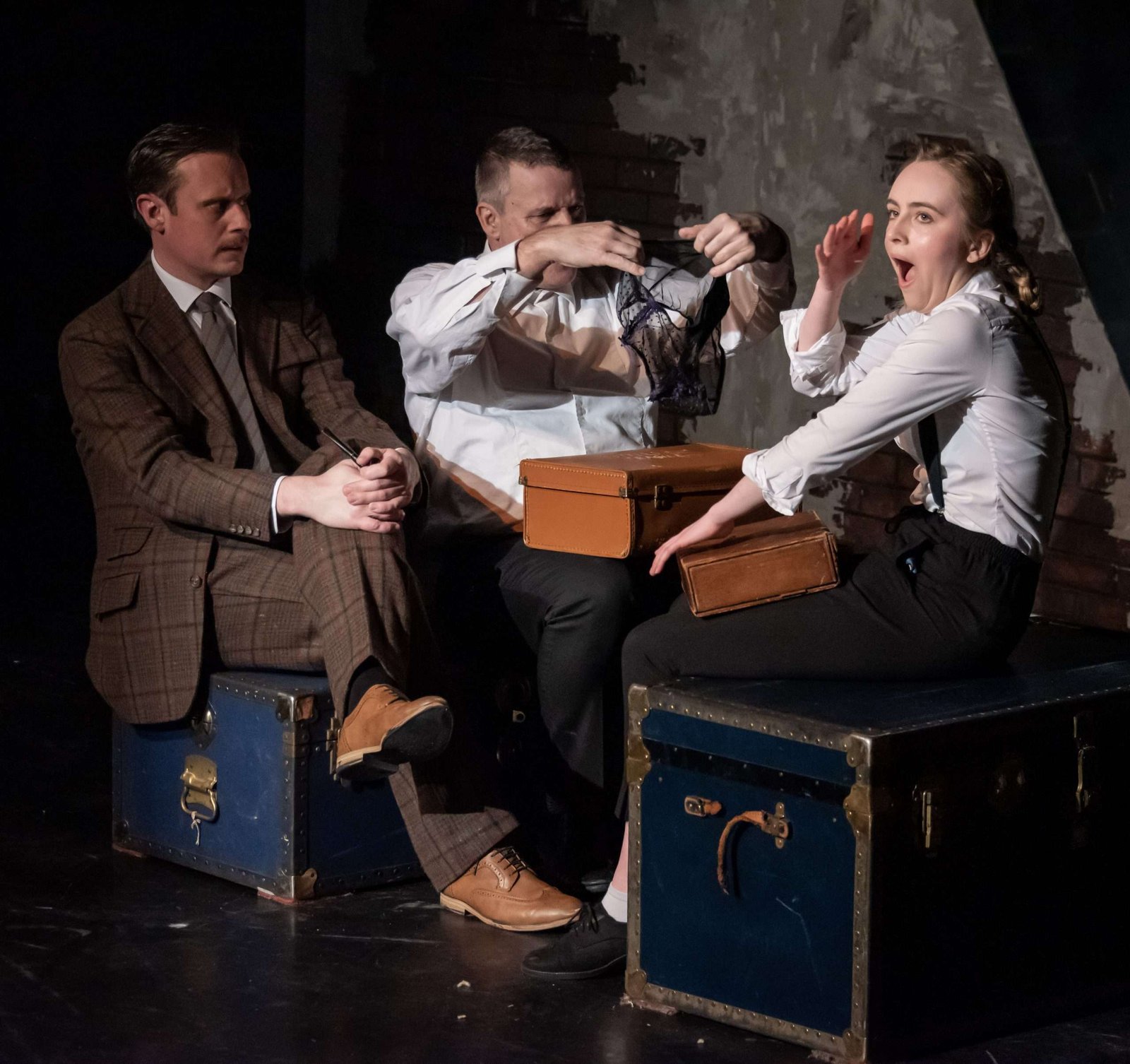 A perfect production to remind me how much we need theatre in our world.

The 39 Steps is an adventure novel by the Scottish author John Buchan published in 1915. It is also a British thriller film directed by Alfred Hitchcock in 1935. Here at The Maltings Theatre in St Albans we are being treated to a parody adapted for the stage by Patrick Barlow.

Directed by Adam Nichols, this fast-paced show is being performed to an audience of just sixty, with a cast of four actors playing the production’s forty characters.

This is the first time in two hundred days that the theatre is able to welcome in a very ready audience, there is an excitement in the air, I feel extremely grateful and relieved to finally be sitting in an auditorium, theatre is returning to my life and I love it. 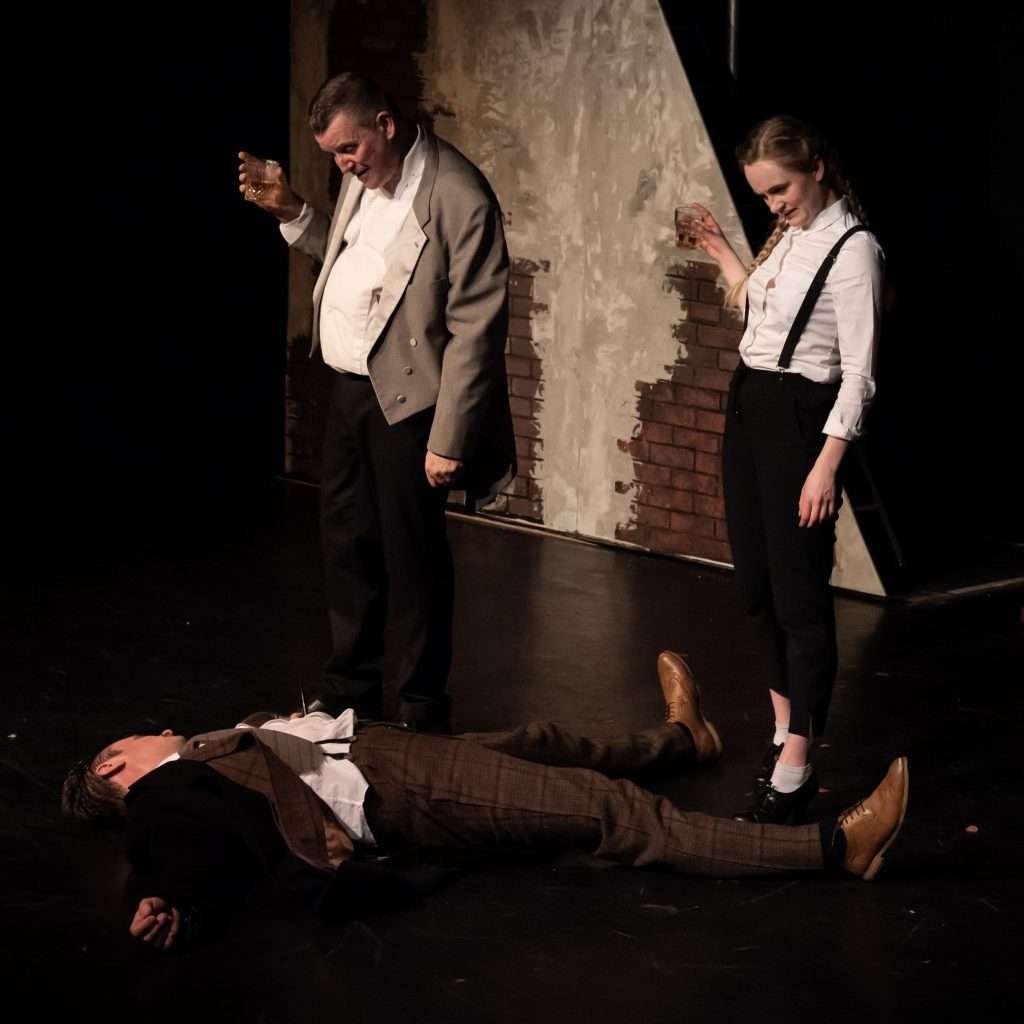 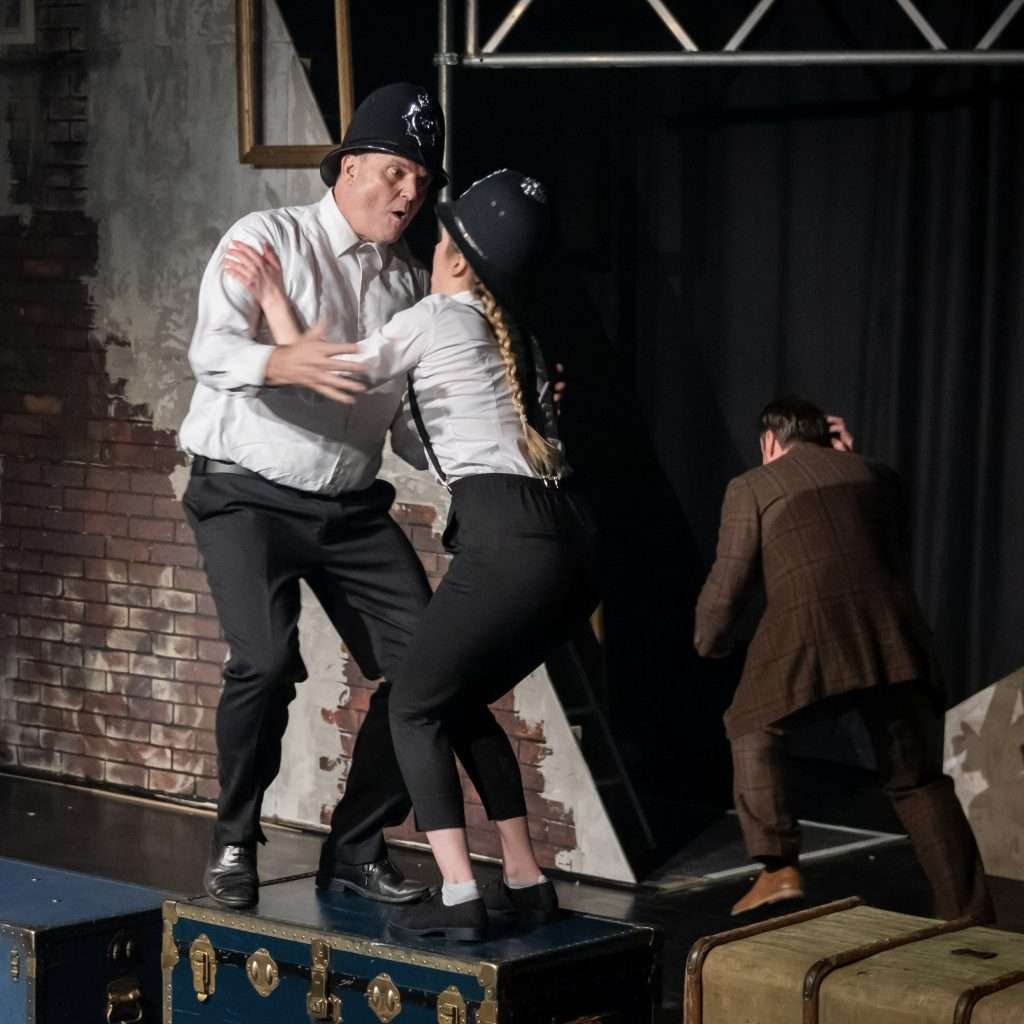 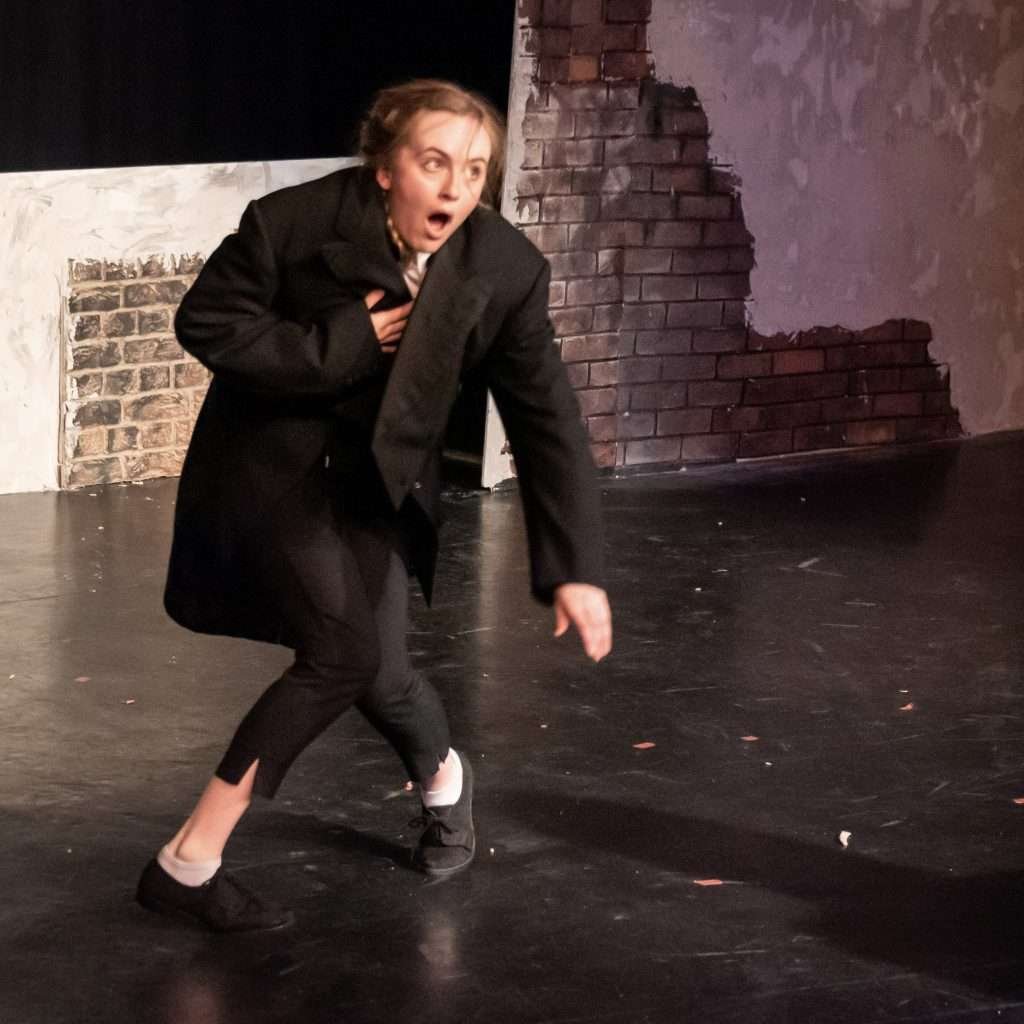 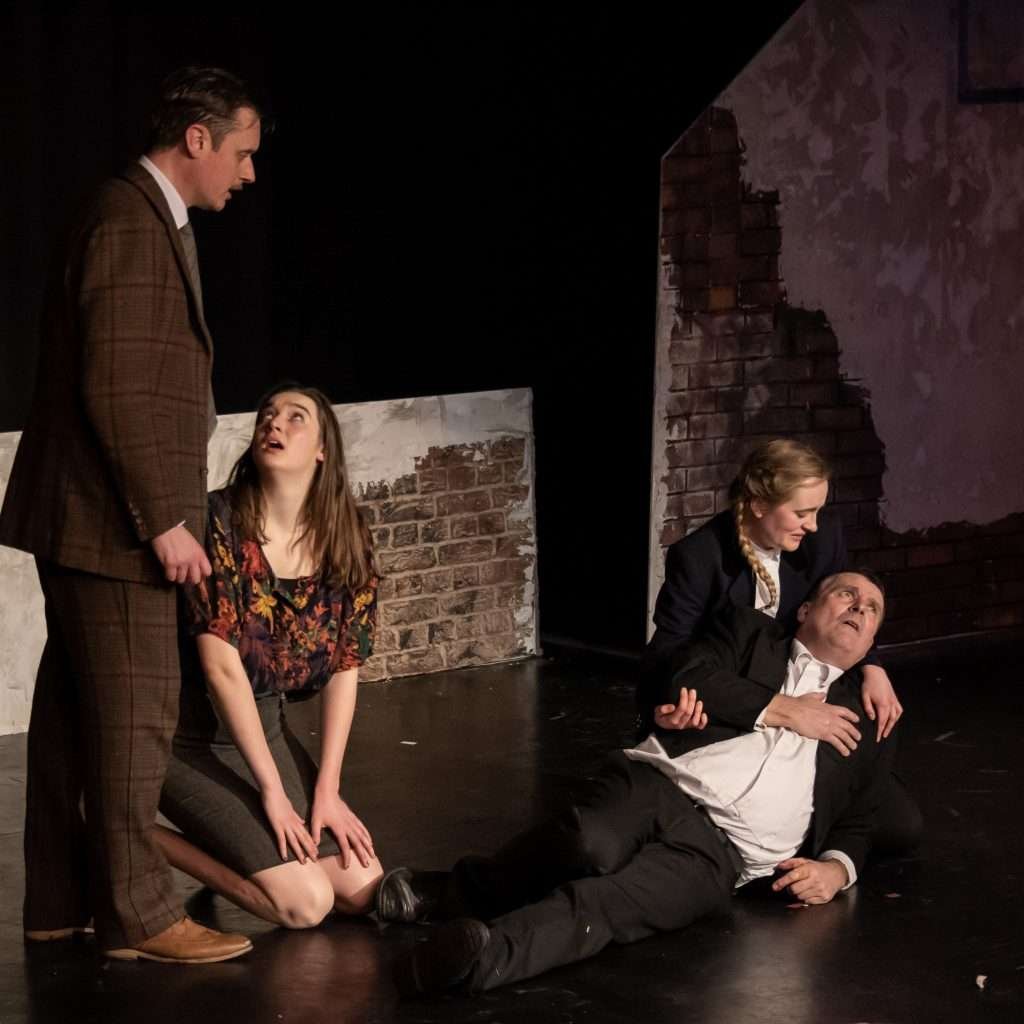 Whilst on holiday in London, Richard Hannay meets Annabella Smith, a secret agent who is involved in an international spy ring associated with ’39 steps’. After a brief encounter at Hannay’s apartment Smith is murdered. Hannay must avoid the police, who are after him for the murder, try to stop Professor Jordan from sending secrets out of the country, all while trying to figure out who or what the elusive ’39 steps’ is. Hannay is assisted by Pamela, an unwilling accomplice who discovers the truth eventually.

The staging by set designer Simon Nicholas, is bursting with a variety of scenery and props all scattered purposely. Each item is being used in the most imaginative way and allows the story to be told scene to scene fast and flawlessly. It is somewhat of an invention, pieces of a puzzle connected to one another throughout. This is allowing the actors to change location from scene to scene simply and effectively. We are travelling far and wide and only using such items like hats, picture frames and travelling chests, but it works, it feels real.

The entire production is quick and erratic but the plot is still clear. The four cast members Hannah Baker, James Douglas, Simon Nicholas and Flora Squires who play all forty roles, switch costumes, accents and characters constantly. It is a testament to the skill of these actors, as it’s not once confusing or difficult to follow, each and every personality is very different and I’m in awe of the acting I’m witnessing. The energy used in the transformations keeps the storyline moving at a fast pace, it looks exhausting but their enthusiasm doesn’t falter at all throughout.

The show is hilarious, it references the book, the film and includes just the right amount of pandemic-based humour, the show’s comedy is a breath of fresh air (through a mask) in these uncertain times. Its witty and feels fresh and new even though the story was written long before. At points I am laughing out loud along with the rest of the audience, it is old school silly visual humour mixed with sarcastic intelligent one liners, a perfect production to remind me how much we need theatre in our world. 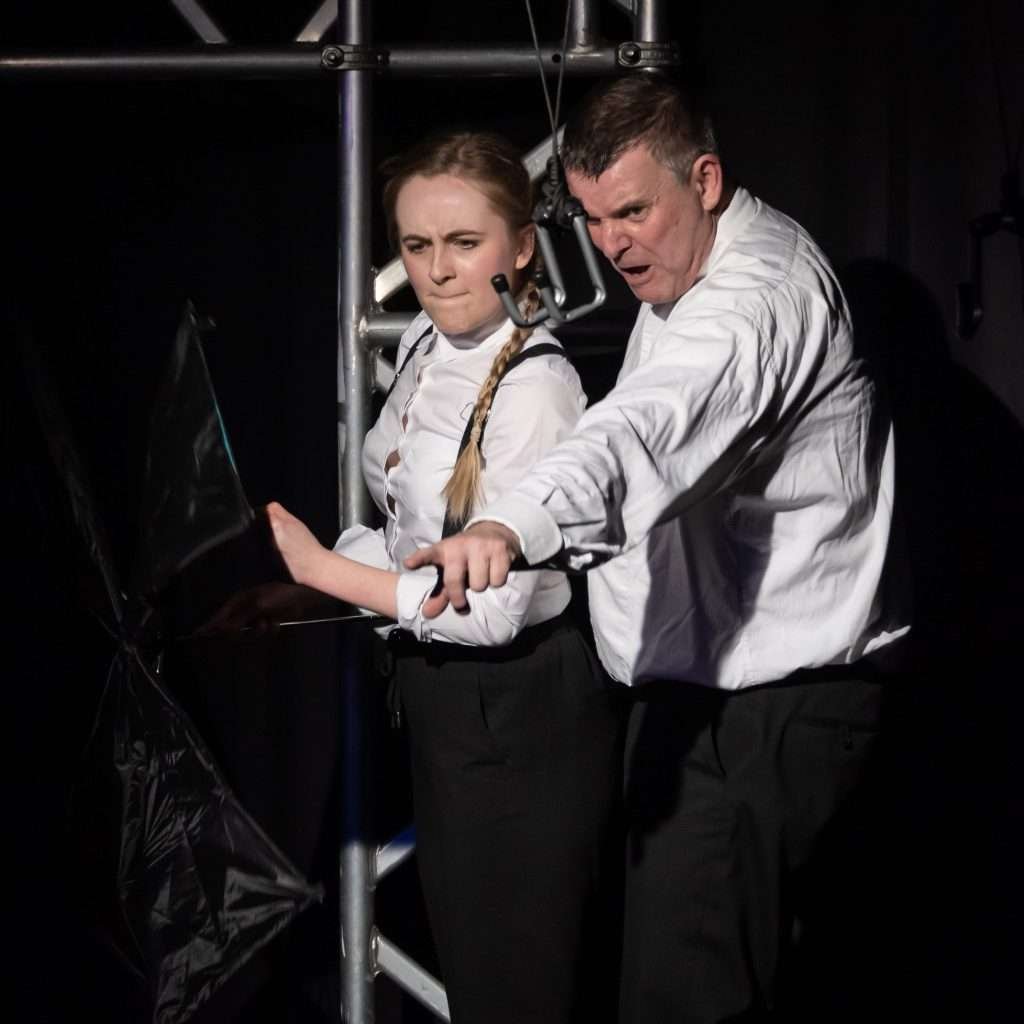 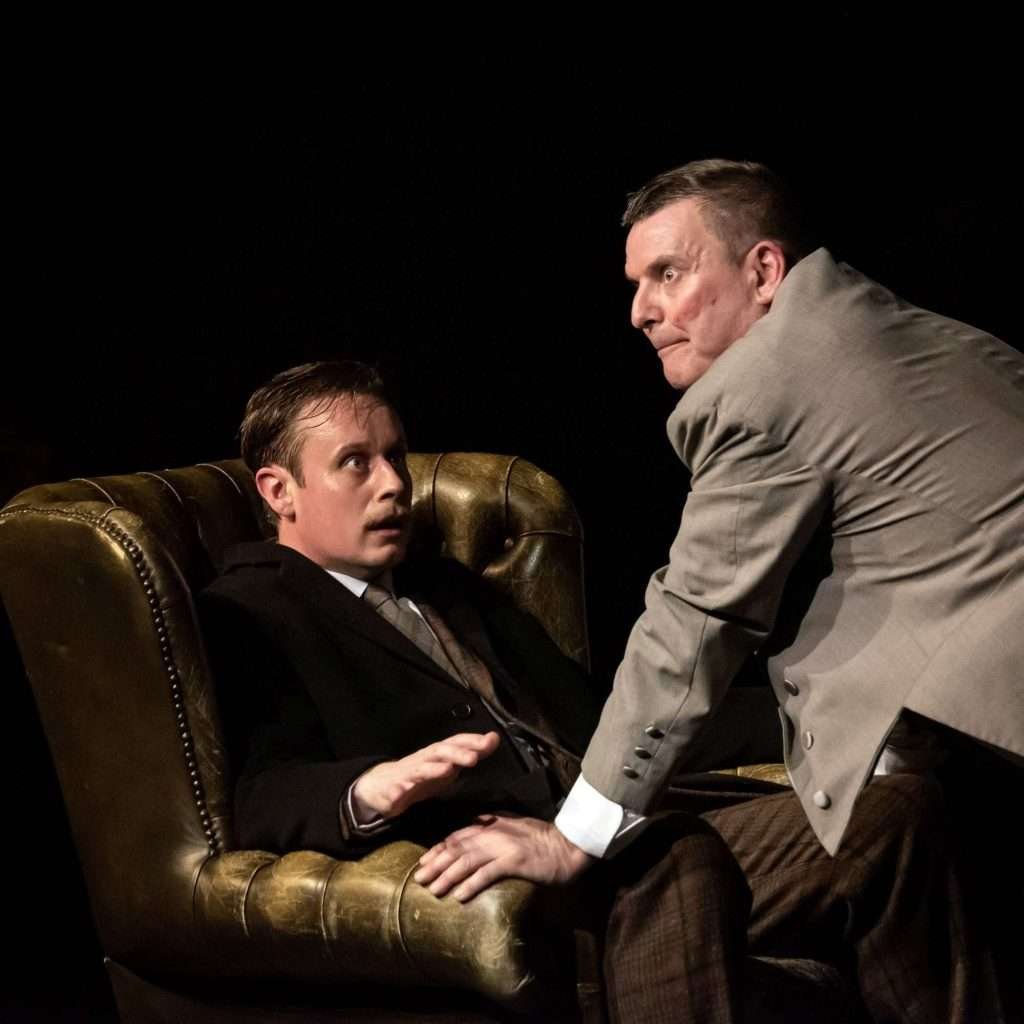 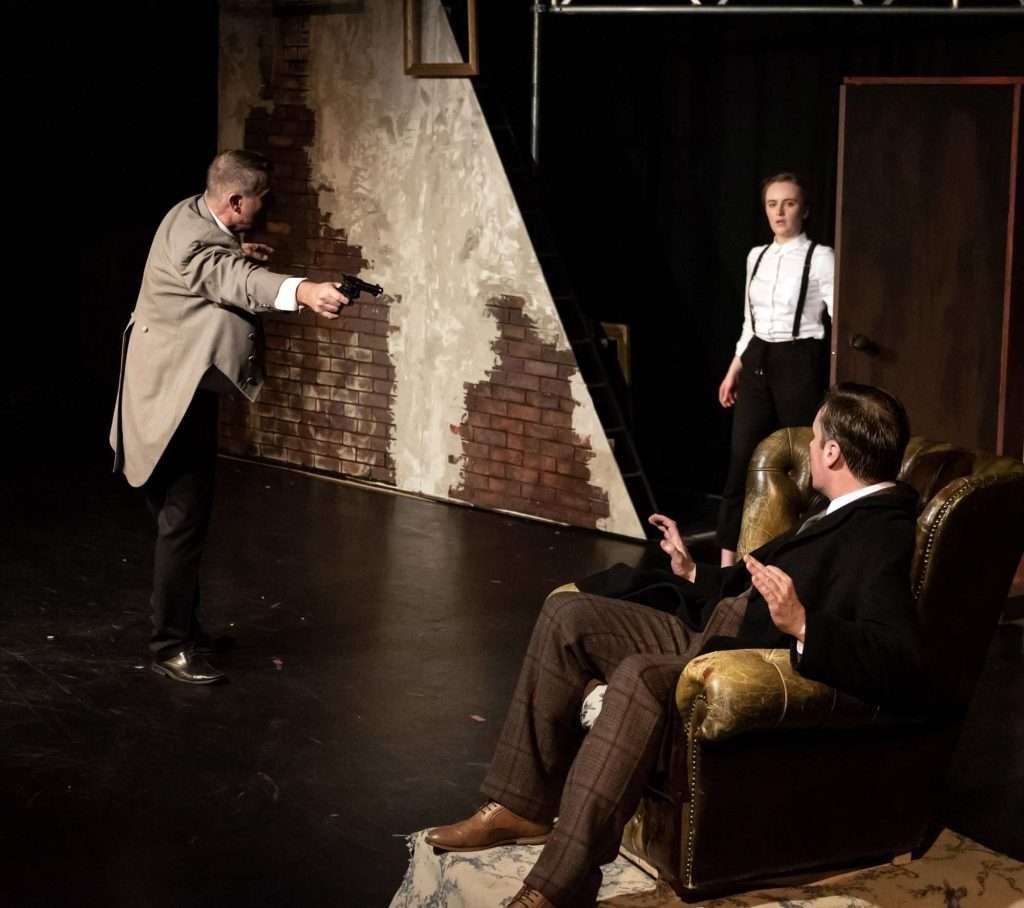 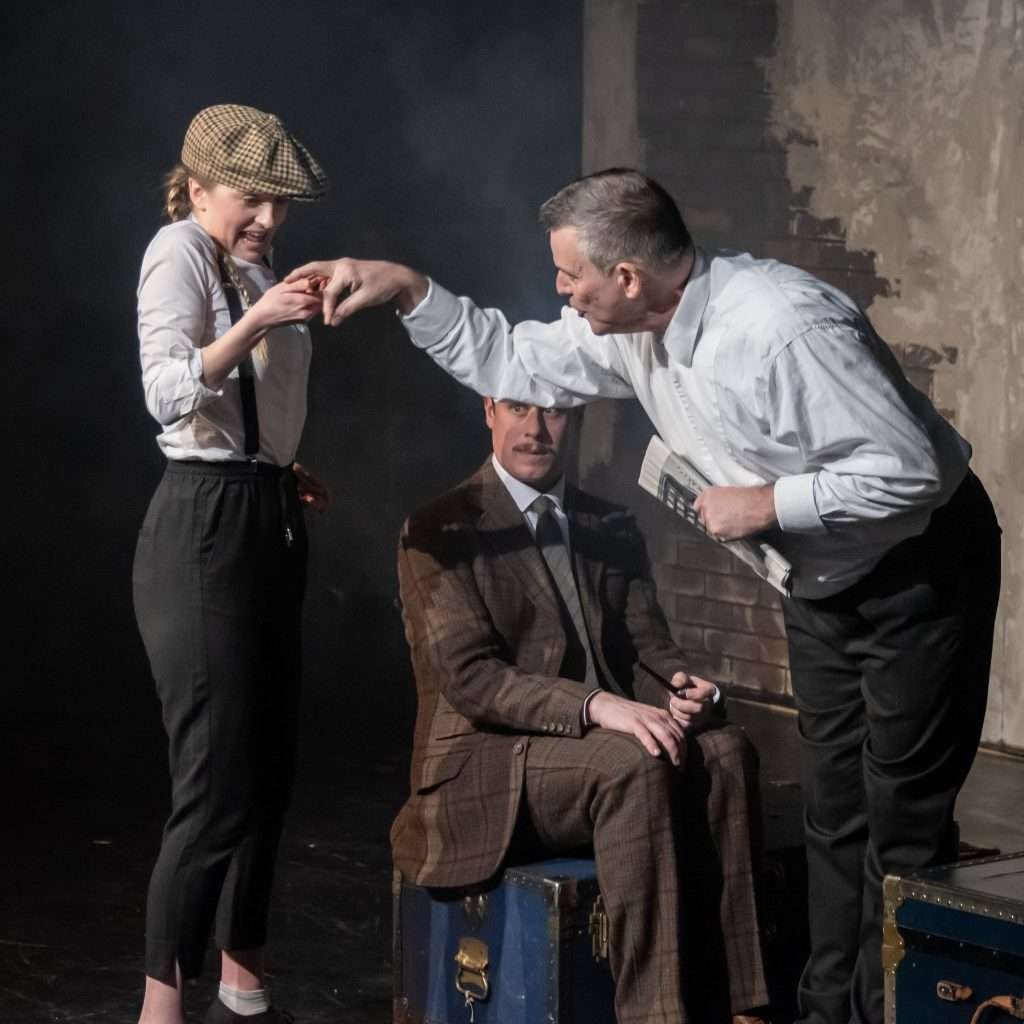