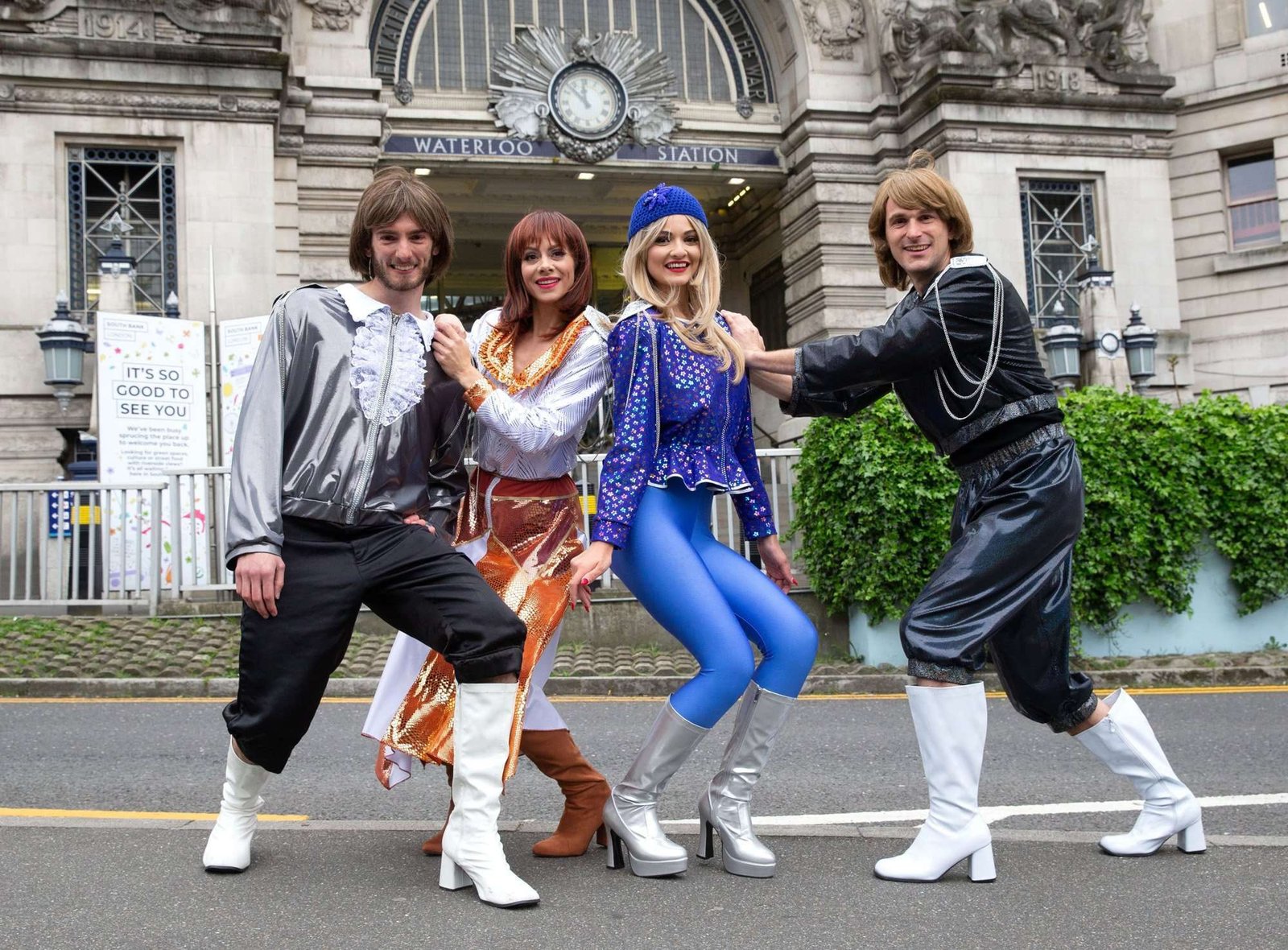 If I asked you to name one of the world’s most successful pop groups of the modern age, you might think of half a dozen bands. But if I then say they have to be from Sweden, it can only mean one name… ABBA. Anni-Frid, Benny, Björn and Agnetha. Now imagine going to see Mamma Mia! but without the storyline and you’re almost at ABBA Mania. That’s the concert that very nearly took the roof off the Shaftesbury Theatre tonight, despite a reduced, socially distanced audience.

ABBA Mania, the exquisite ABBA tribute show, has just kicked off its UK tour in the heart of the West End – where it will play until 6 June – afterwhich it hits the road for a 20-stop trip around the country. And judging by the smiles on the faces of the performers and their 3-piece backing band, I think they were just as pleased to be performing in front of real people once more as the people in question were to submerge themselves into a couple of hours of ABBA heaven.

It’s quite amazing just how many hit songs the Swedish supergroup brought out over its nine-year lifespan. And such diversity. From the band’s early beginings winning the Eurovision Song Contest with Waterloo (0 pts infamously awarded from the UK on home soil) to Thank You For the Music… all the hits are there. Mamma Mia!, Dancing Queen, S.O.S., Does Your Mother Know?, Knowing Me Knowing You, Voulez Vous, Super Trouper – the list goes on and on, and the audience fell in love all over again.

In the same venue that would usually be hosting & Juliet, the pre-installed, high-capacity, powerful sound system for the theatre’s resident production is fully utilised. In fact, the tribute concert was a wonderfully noisy way to get back into the theatre. Facemasks are still required (until 17 June, hopefully) at present but that didn’t stop the theatre-starved onlookers from holding their very own ABBA party.

In front of an audience which ranged in ages from eight to eighty (I can vouch for that), half the auditorium appeared to remain a little Covid-nervous while the other half simply threw caution to the wind. Let’s just hope the vaccine works as well as the tribute band did tonight, and we should all be fine. Once we can all revisit theatres on a regular basis again then I predict public confidence won’t take long to return.

Despite the photos below possibly showing the odd different cast member, I can guarantee that the photo at the top, taken outside Waterloo Station (clever!), are the four performers who blew us all away on press night. That’s Benny Andersson – played by Loucas Hajiantoni, Anni-Frid Lyngstad – played by JoJo Desmond, Agnetha Fältskog – played by Rhiannon Porter and Björn Ulvaeus – played by Edward Handoll. Elsewhere onstage, the trio of Lead Guitar – Anders Rye, Drums – Paul Gregory and Bass Guitar – Dan Hall, perfectly complemented the Swedish quartet.

I know this wasn’t a play, or even a musical, but I can, at last say, “WE’RE BACK!” …with one hell of a bang. This is the West End. Theatre doesn’t get better than this. 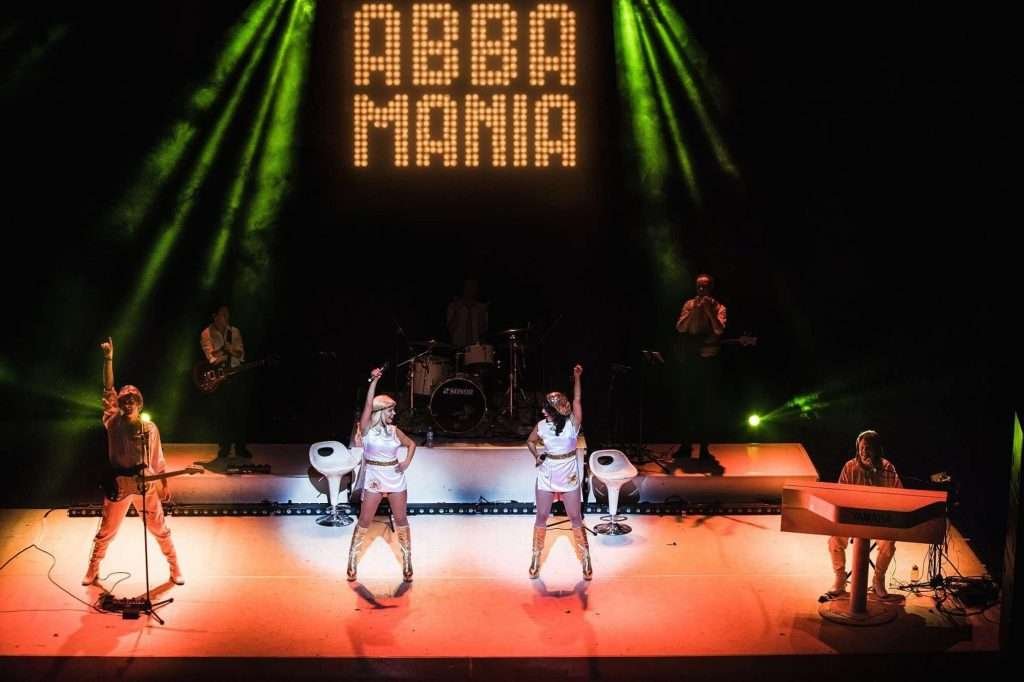 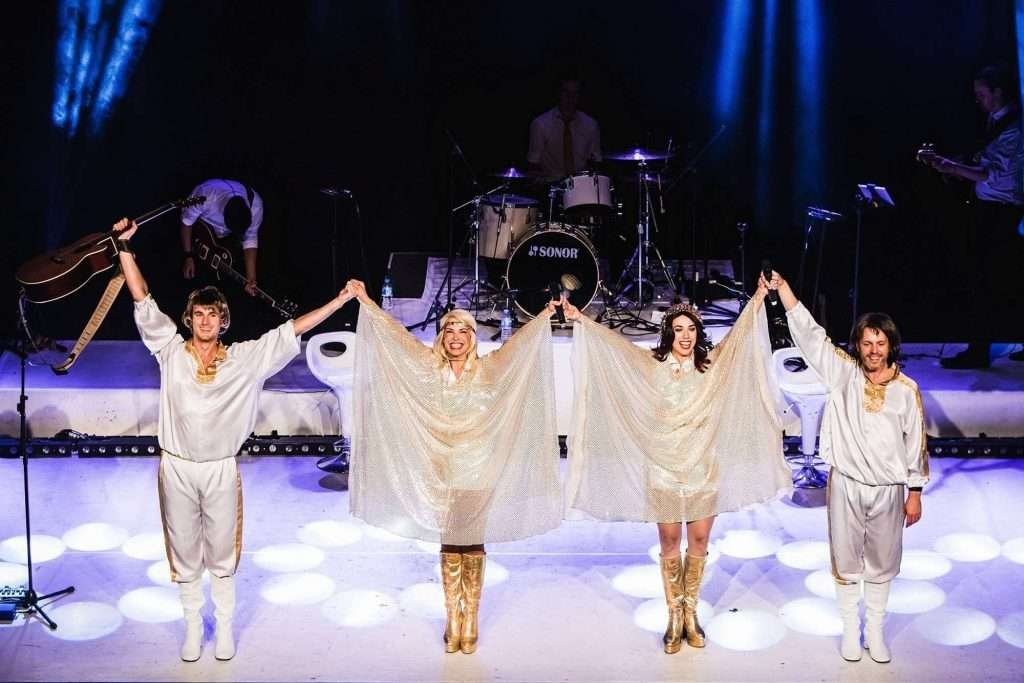 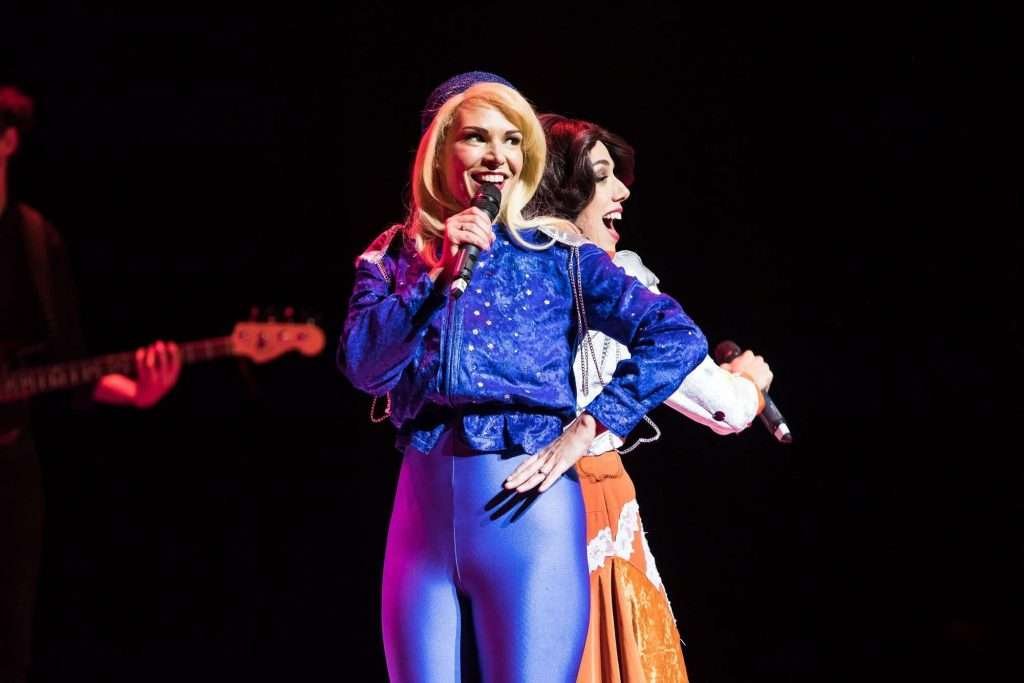 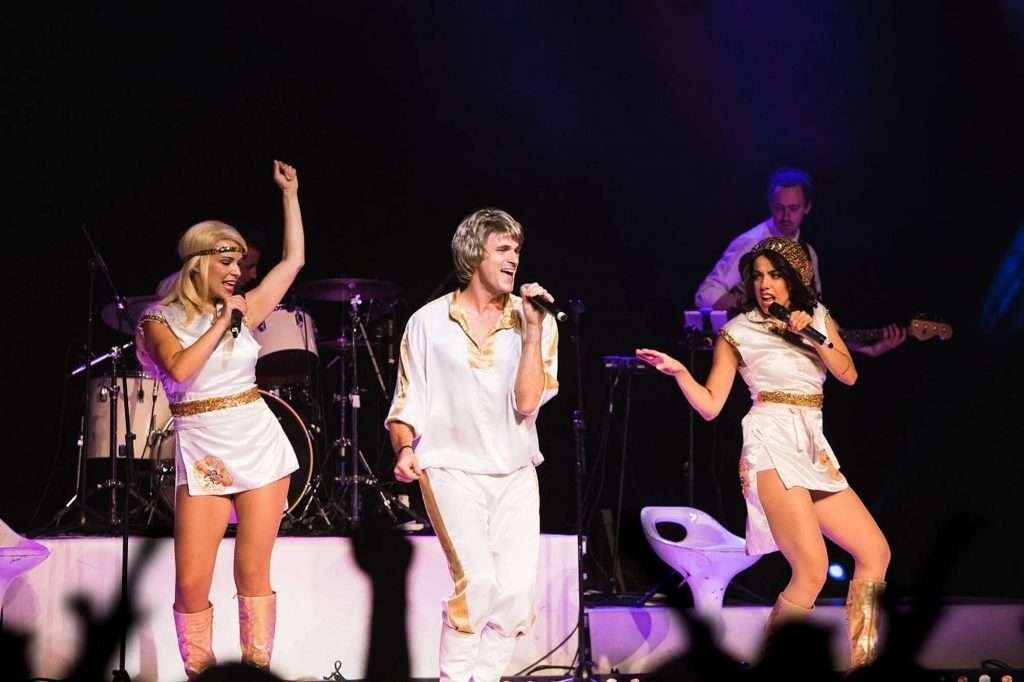 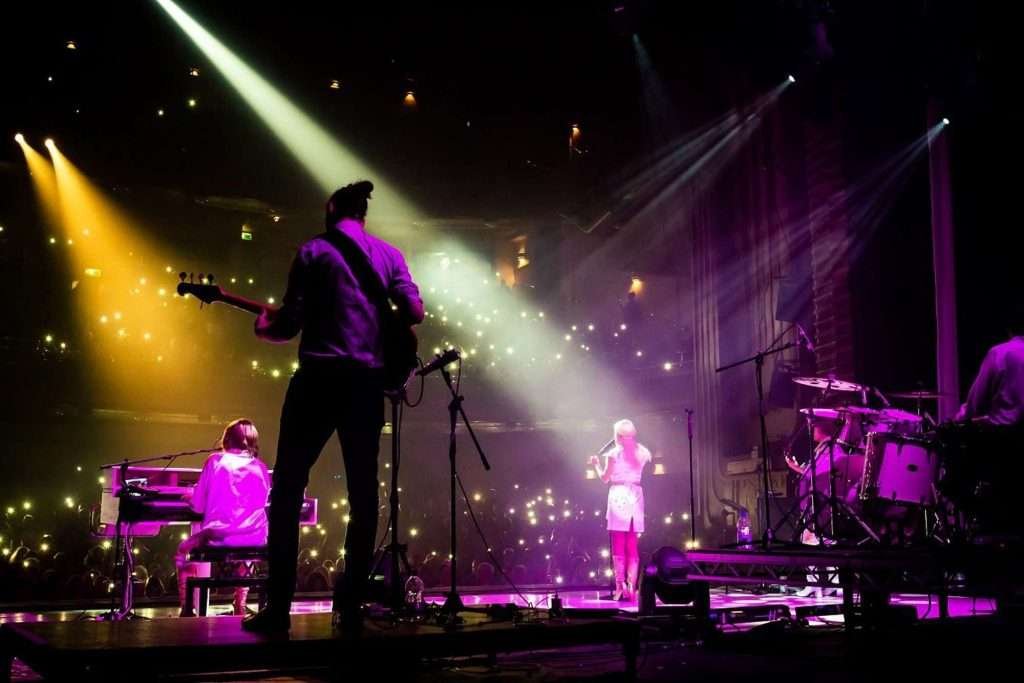 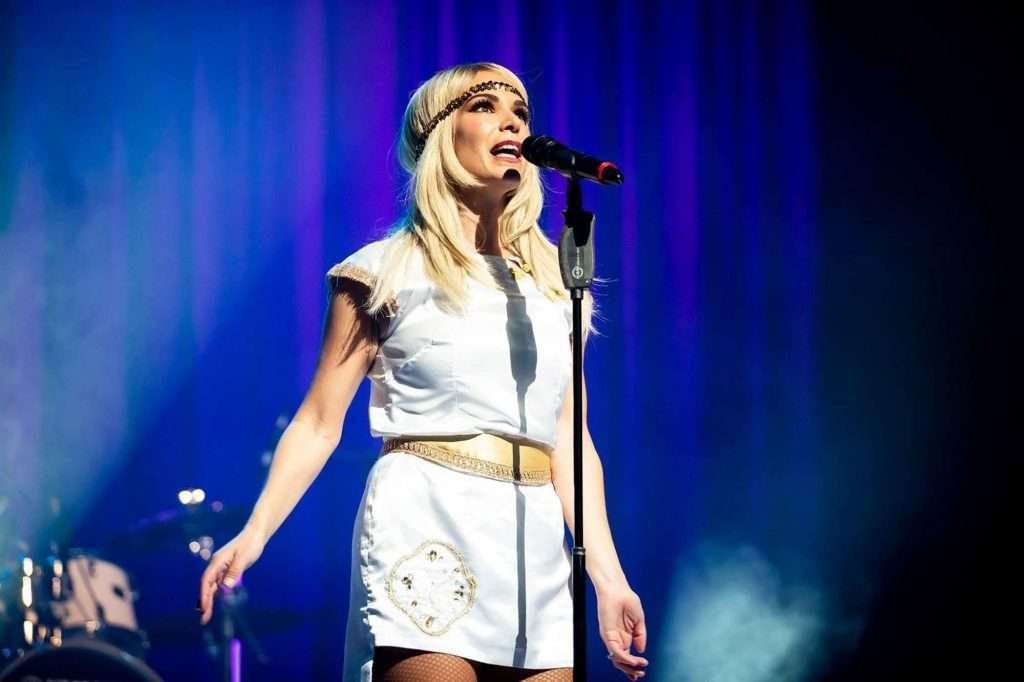 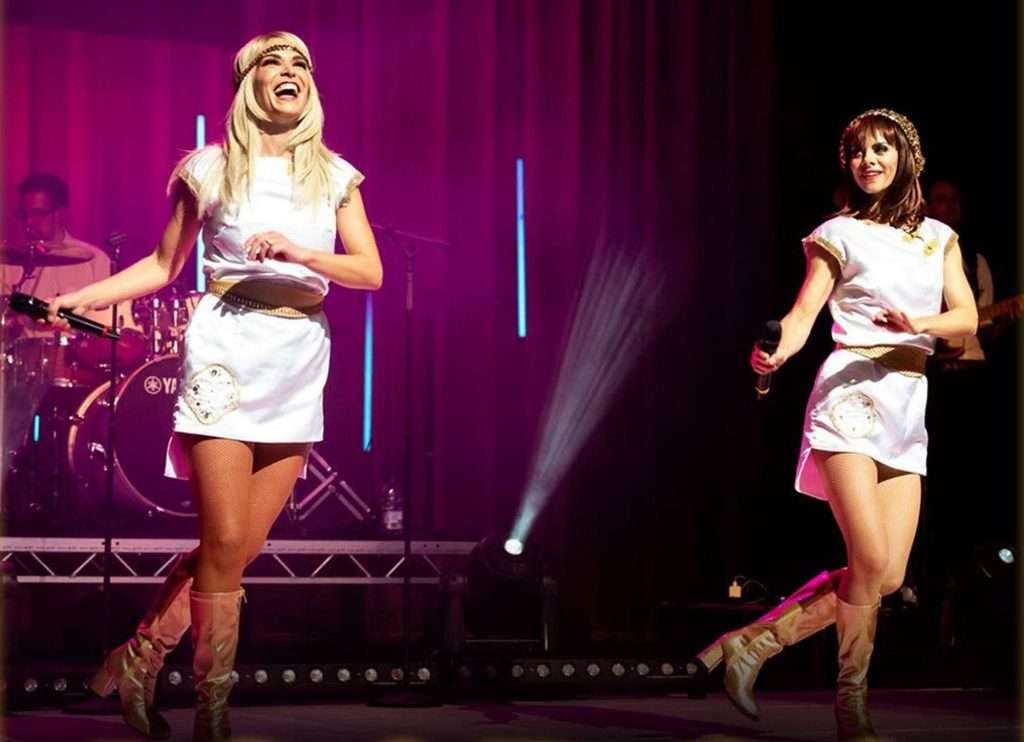 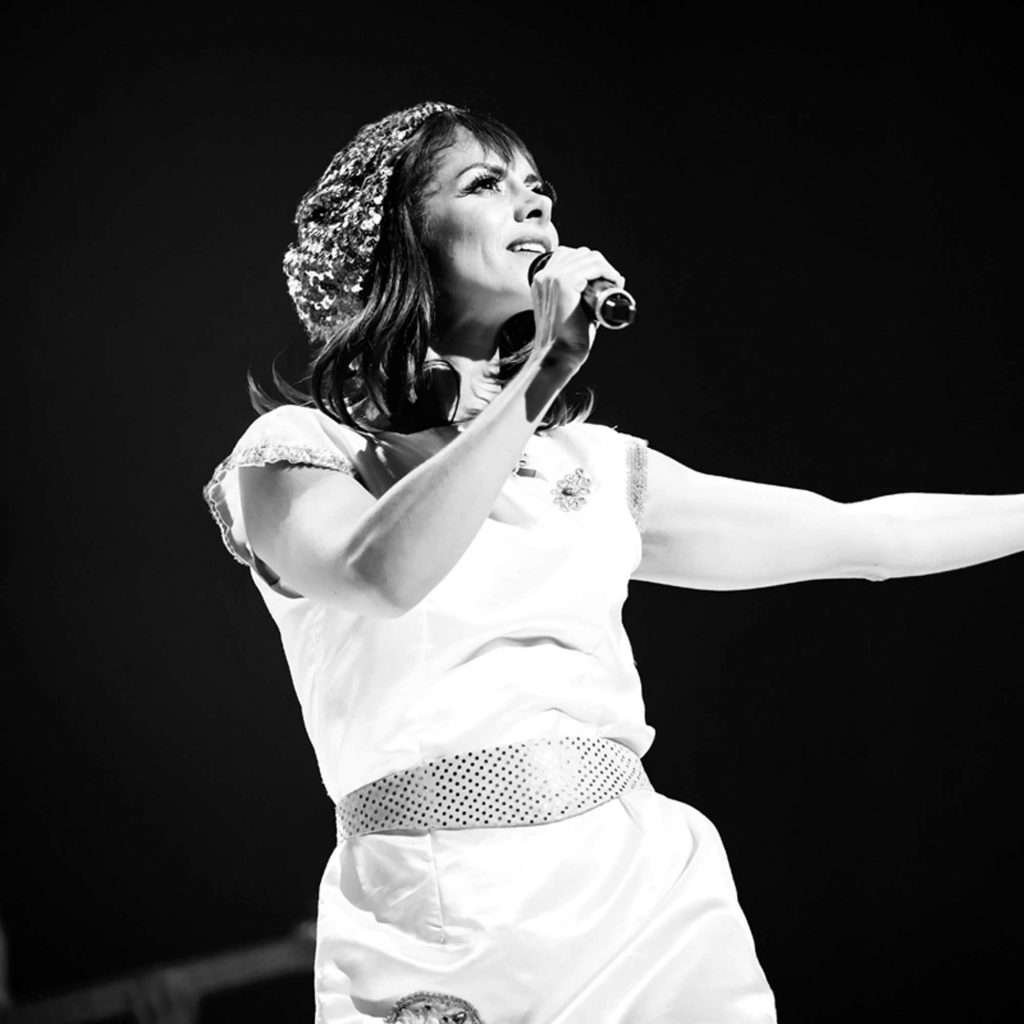