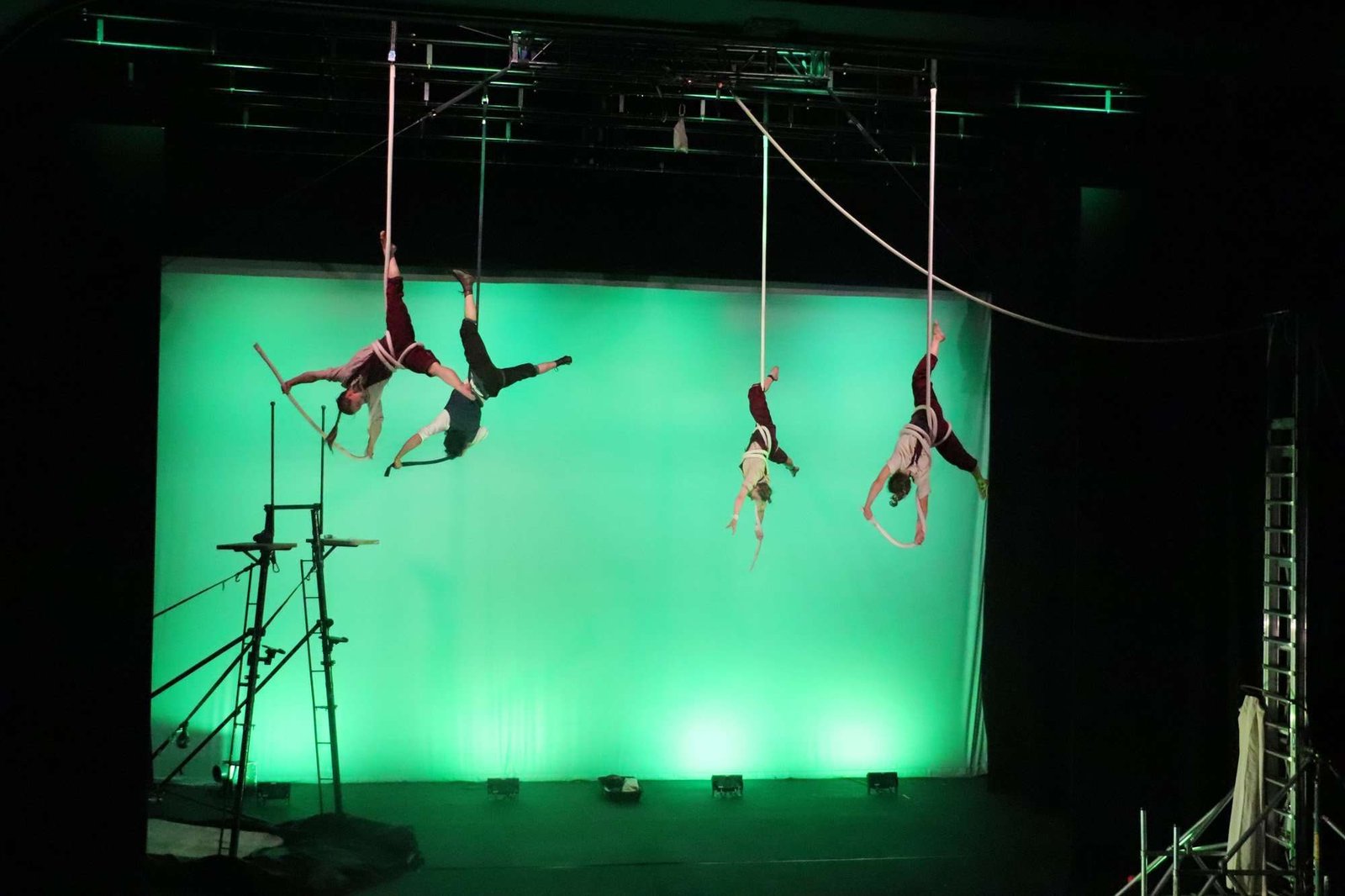 Credits: Performed and produced by Lost in Translation Circus.

Lost in Translation circus company are well-known for their inventive and impressive shows, and it was good to see them back performing again as part of the Wandsworth Arts Fringe, and in a new tent too.

Their new show, Above, is a work in progress based on Italo Calvino’s novel The Baron. The story tells us of a boy forced to eat snails who climbs into the trees as a result and never comes down again. As a story, it’s a good fit for a company whose main strength seems to be in aerial work of all kinds. Inside the tent, a stage took up about half of the space with the audience ranged around the other half, meaning that many were not as close as would be the case when performing in the round. Seating was not raked either, but the high stage and focus on aerial acts meant this was not really a problem.

The drapes and screens of the set formed a useful background for the effective lighting design and production values were high, with varied costumes and choreography. Music was partly recorded and partly played by a musician. All very different from a traditional circus then, but the essential element was there: a tent appearing magically in a local park with exciting events happening inside.

The story was told through a mix of dialogue and action, with the performers often struggling to be heard above the music: the story seemed minimal in any event so much of the dialogue seemed unnecessary, once the initial premise of the escape to the treetops had been made clear.

The skilled and creative performers played different roles and showed their skills in a range of techniques including cloudswing, rope work, static trapeze, juggling and perch. The cast of 7 were particularly impressive in hand to hand work and when performing as a group. Apart from a couple of well-handled rope mishaps, this was a slick and sophisticated performance which certainly did not seem like a work in progress.

The main character (un-named in the absence of a programme or cast list on display, like all those involved) was an engaging performer who communicated well with the audience, but if he had escaped to the treetops it was confusing that he kept climbing down again to join in group routines. In all, the story was the least successful part of the evening, which could have been just as enjoyable as an abstract series of routines by this skilled troupe, perhaps with some clearly defined characters.

The audience were fully engaged, including the youngest ones, throughout the one hour show. Those of us sitting in the centre, though, had to peer past the row of photographers, some seeming to be friends of the cast, who spent most of the performance with their phones held in front of them (and one had a long lens camera). All very distracting for those sitting behind them and trying to see the show.

The piece came to an effective end with an aerial meeting between the two lovers, the message of which was totally clear and again did not need the spoken words. The prolonged and enthusiastic applause was recognition of the skills on show and the delight to have live performance back again. 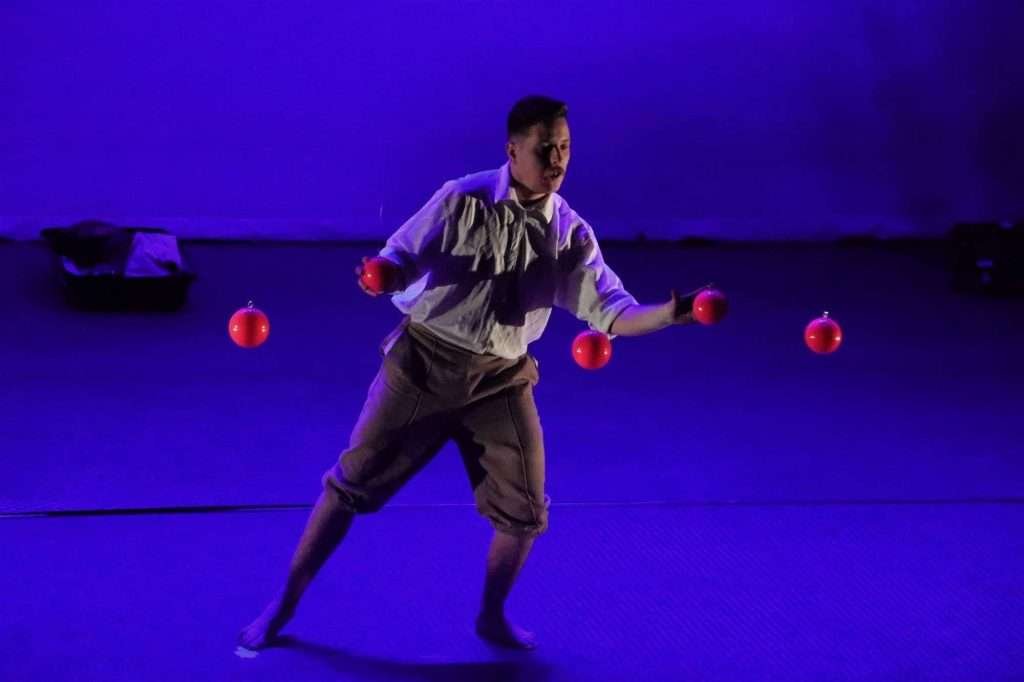 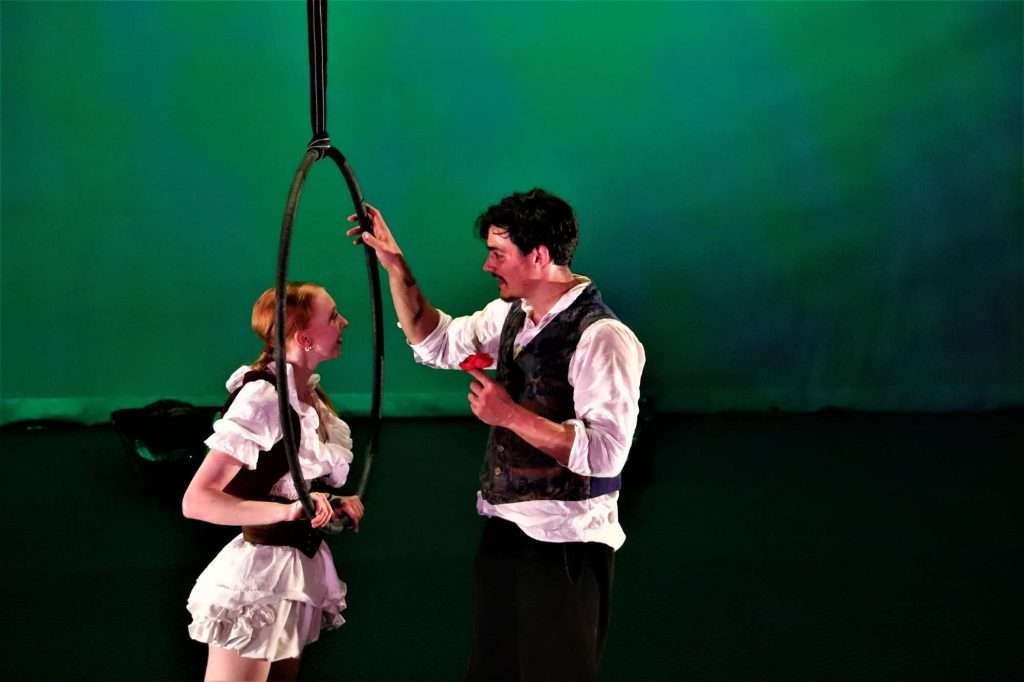 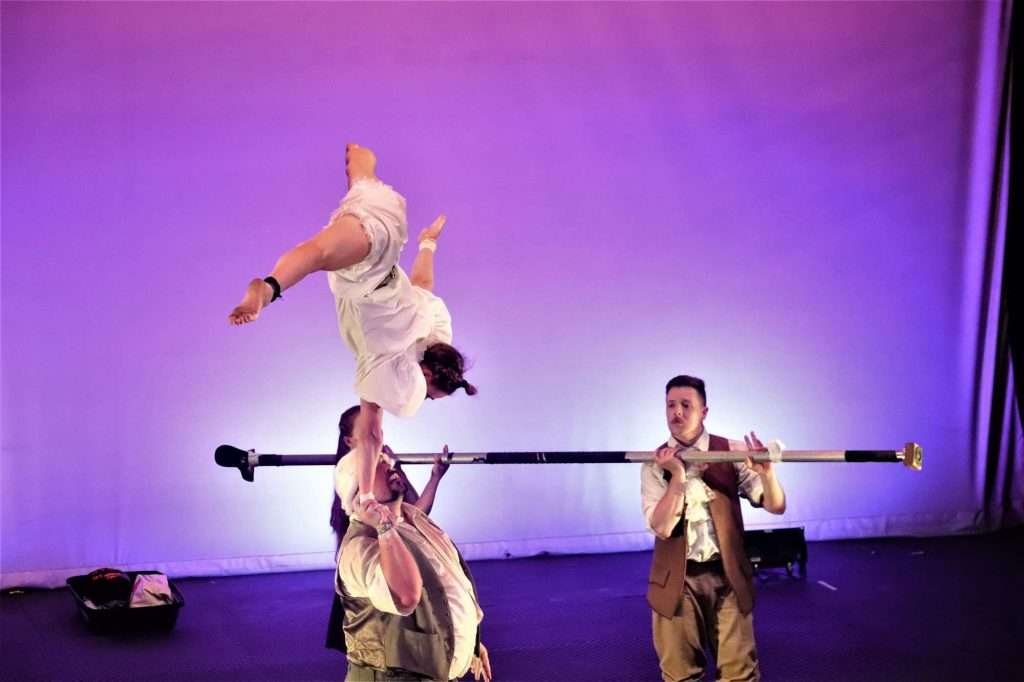 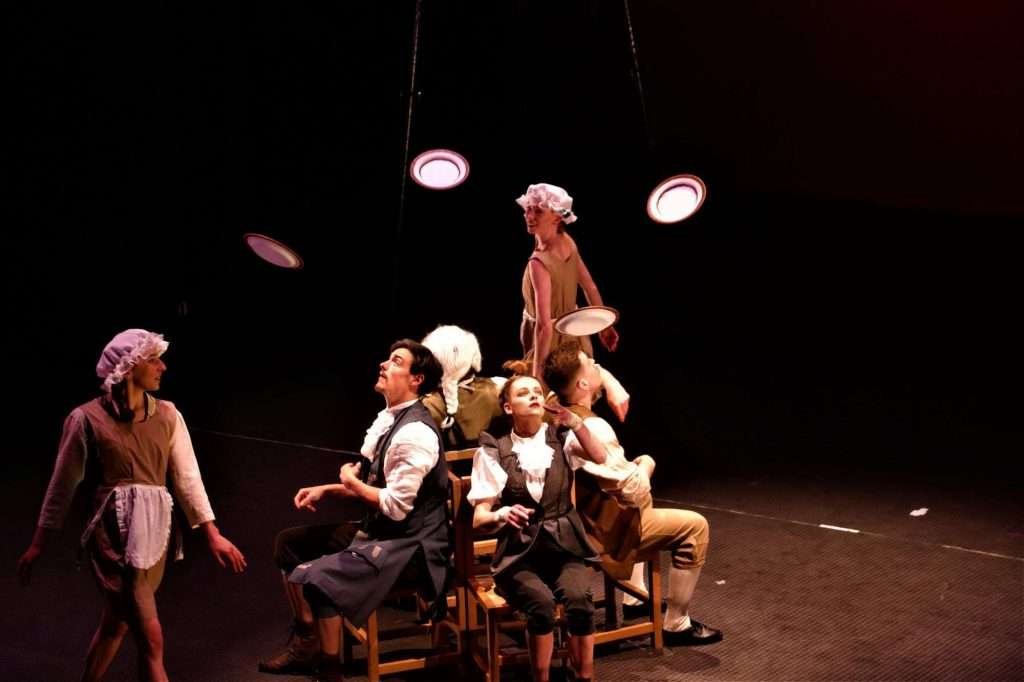