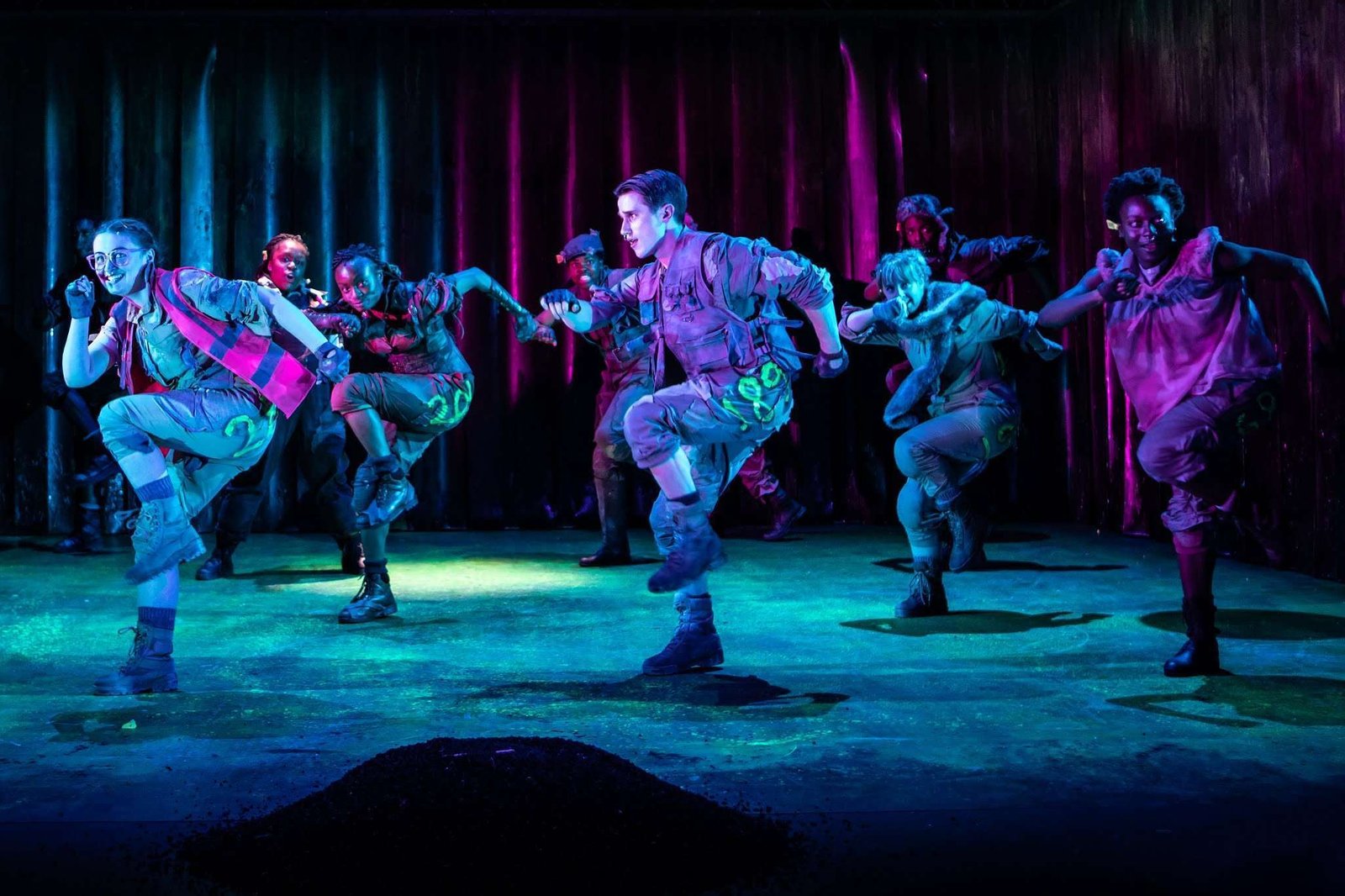 It’s at times like this that I wish the word “brilliant” weren’t so overused and devalued because that’s literally and exactly what the National Youth Theatre’s take on Orwell’s 1945 novel is. It glitters, shines and beams with sheer quality and excellence.

Very clearly reimagined as muscular, vibrant, ensemble-based physical theatre we start with a mock pathe news item (immaculately voiced by Will Stewart who also does a simpering, comfort-loving pragmatic Mollie) which introduces each character.

Then we’re into the timeless story about the all-too-familiar rebellion, power and corruption cycle. Orwell meant the Russian Revolution, Lenin, Trotsky and Stalin but the moral applies to dozens of situations and regimes. And watching, on the edge of my seat, the unfolding of this tale in this version I’m sure I wasn’t the only one to pick up nuances about the dangers of blindly following political leaders without asking questions – or of believing relentless propaganda. It’s all around us.  Apart, though from the addition of a few extra characters, Tatty Hennessy’s script follows Orwell pretty closely.

Every single member of this ensemble is so charismatically and rivetingly watchable that’s it’s almost insidious to pick any out. However I must commend Adeola Yemitan for a thoughtful, troubled Clover a brood mare who represents the intelligent but illiterate “ordinary” wo/man and Nkhanise Phirl is deeply moving as Clara the hen who is forced to give up her eggs – we really feel her distraught agony. I loved James-Eden Hutchinson as Milo, a pigeon who offers occasional, insouciant, disinterested commentary from the top of a ladder and Connor Crawford (whom I reviewed as Iago in Othello earlier in the week) has all the makings of a fine character actor – swaggering about in a fat suit as both farmers and then doing a nice cameo as a pig which sings propaganda songs. Will Atiomo delights as Boxer, the stalwart worker who asks simple honest questions and whose ending is both tragic and traumatic. No wonder so many National Youth Theatre Rep company members sail into professional work immediately.

And all this is supported by John Elliott‘s relentless, menacing, often percussive sound track especially during the balletic Battle of the Cowshed. Director Ed Stambollouian has drawn extraordinary work out of these young actors who made me laugh, cry, wince and gasp in wonderment. It would have been a terrific show if it had been staged by the RSC, National Theatre or Chichester Festival Theatre.  As it is these people are young actors in training which makes it even more remarkable.  And if this enthusiastic review sounds as if I was completely blown away by this show then it’s true. I was. Go and see it for yourself. 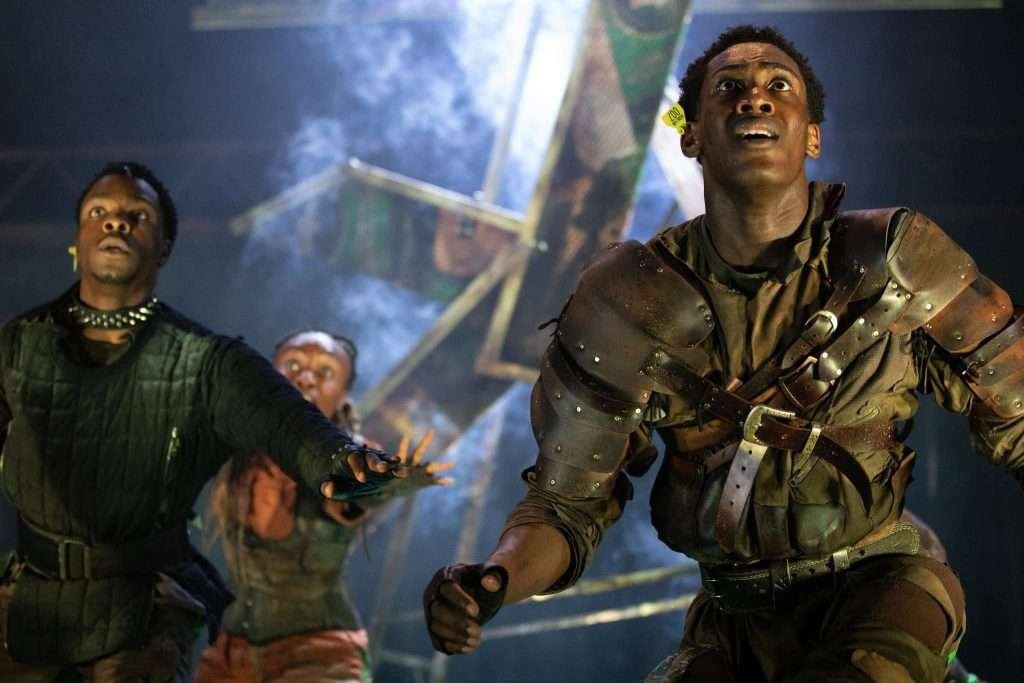