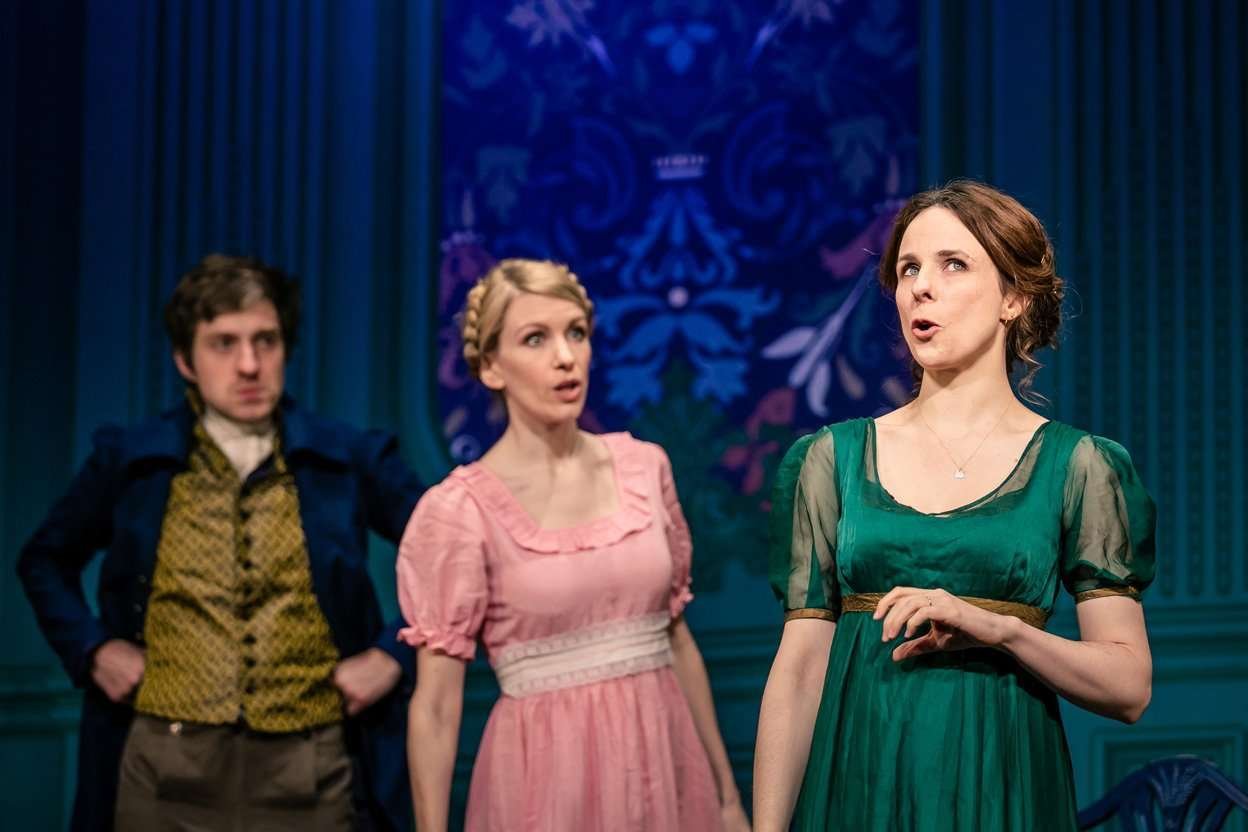 Credits: Presented by: Underbelly and Austentatious

Austentatious, the Jane Austen-style improve troupe, are regulars in the upside-down purple cow at Underbelly Edinburgh, so it was good to see them following that bizarre performance venue to its current home at the London Wonderground in Earl’s Court. The format hasn’t changed, some of the cast were familiar (no names were provided), and they even had a backdrop.

As usual, we were greeted by the supposed Austen academic who reminded us of all the many lost Austen novels and asked us to call out the titles of some of them so they could choose one to enact. After considering Wuthering Prejudice (written on a variety of different papers that decompose as you read them) and Swipe and Swipeability (about which the less said the better), the decision was made to settle on Toast and Toastability, set as it turned out in an early incarnation of the Warburton’s bread factory.

The five performers, together with their inventive accompanist, told the story of two sisters, one of whom, Clarissa (sometimes known as Celeste) had never left her home. Despite this, love letters were arriving from Mr Warburton and we were soon taken to his bread factory. Taking place in Norfolk and Derby, as well as in a rather dubious layby on the A45, the narrative took some bewildering turns and was skilfully guided especially by the more experienced members of the troupe. They did this by signalling scene ends to each other or sudden flashbacks (or flash-forwards) but mostly by their experience of working together allowing them to know where a plot development might be leading – although the occasions on which they were surprised were often the highlights.

All the cast were more than up to the task, steeped in the Jane Austen style and able to include in their story everything from Covid hand-washing to non-disclosure agreements, not to mention a very, very tiny horse. The extent to which that horse became real for the audience, and indeed became a character in the story, was a tribute to the use of deft mime by this group, not just to tell the story but also to add to the gags.

It is remarkable how funny this group can be, even after so many shows, and this must be an indication of how much the Austen style is understood by British audiences of all ages. A full house certainly enjoyed Toast and Toastability and I am sure many of them will be back for more.