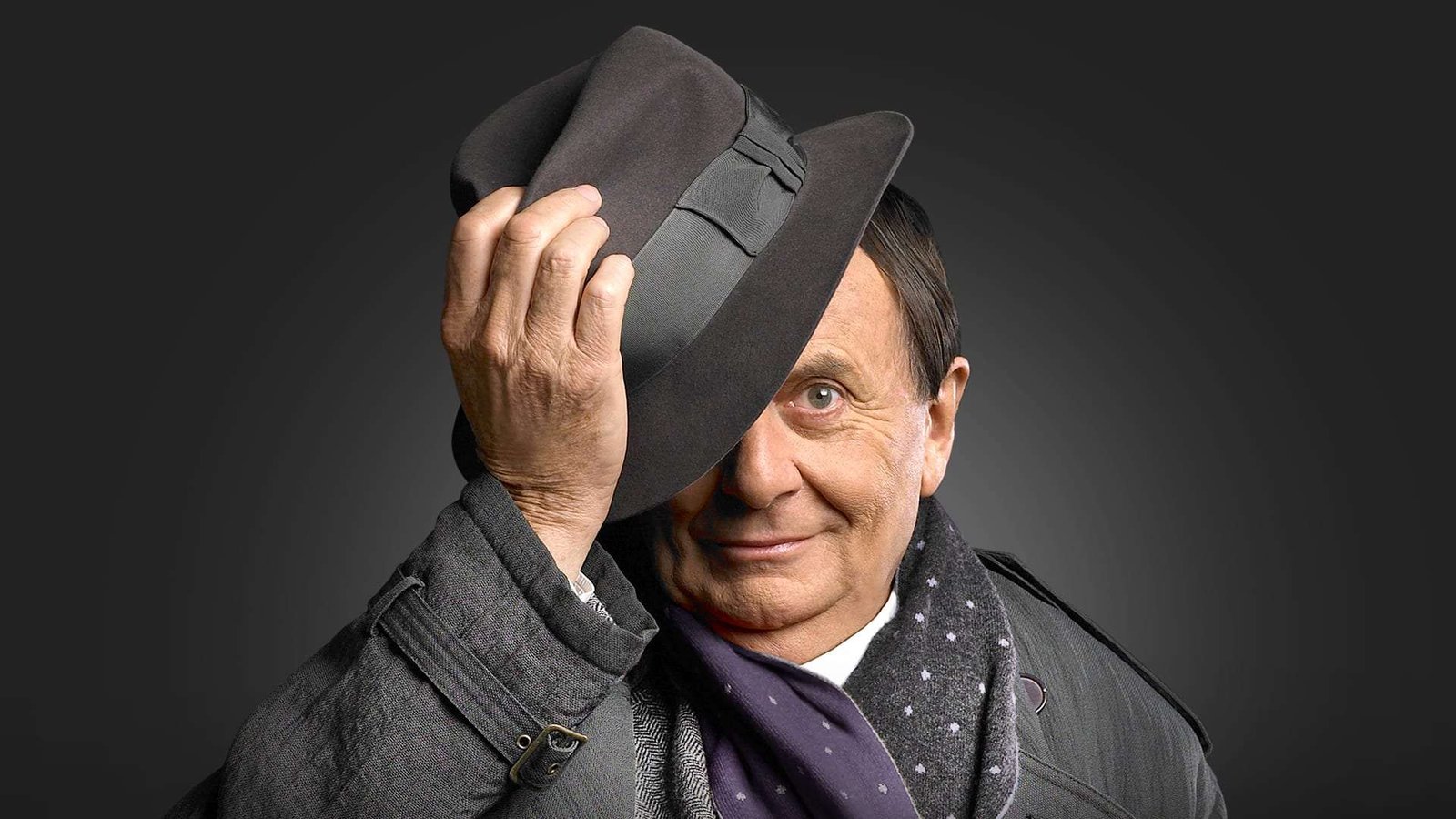 Show: Barry Humphries: The Man Behind the Mask

Barry Humphries: The Man Behind the Mask

Barry Humphries is an old pro who knows exactly how to work an audience and this show is very funny indeed. Now 88, he can get a laugh simply by pausing and looking – it’s so skilled that to call it anything as banal as “comic timing” is to belittle it.

There are three elements: Humphries himself, in autobiographical mode, presenting a leisurely wander through his long life. Then there’s a projection screen on the back wall which shows illustrative archive footage and photographs. Thirdly is pianist Ben Dawson seated at grand piano and oddly underused. He occasionally plays a few bars to link anecdotes and he accompanies a valedictory song which Humphries sings, not particularly well, at the end although the rhyming of frolics with alcoholics is fun. It must feel like a pretty light evening’s work for Dawson and, I would have thought, a bit frustrating because he’s clearly very accomplished.

Humphries wears brightly coloured odd socks and a flamboyant red velvet jacket in the first half. The blue jacket he sports after the interval reflects the fact that he’s slightly less flippant and more serious in the second half, especially in the account of his recovery from alcoholism in the 1960s which involved several sojourns in expensive centres for “thirsty people”. Sober now for many years, he talks quite movingly of finding happiness as a result of that change.

Born in Melbourne where he studied law at university, Humphries started acting in student shows and we see pictures of him as Orsino in Twelfth Night where he was so embarrassed by his tights that he lurked behind the furniture on stage. “You’re naturally ridiculous” the director told him. He had difficulty learning lines too – cue for a hilarious account of corpsing in Noel Coward’s play Design For Living. So he started to invent characters and eventually Dame Edna Everage and Sir Les Patterson were born and evolved.

Humphries sits in a big armchair from which he rises often and quite adeptly although he is evidently now a slightly shaky mover. He makes a lot of jokes about age. When he walks over to the piano facing away from the audience and then turns round wearing Dame Edna glasses, the audience cheers and whoops in delight but the familiar Edna voice is not as firm as it once was.

The highlight of this show is probably the archive footage of Dame Edna grilling a very boyish looking Boris Johnson on her TV show. He cycles in and she greets him as a future prime minister as he talks dead-pan about encouraging British people to go and live in the parts of France which once belonged to England – while everyone else on the sofas look horrified, spaced out or bowled over. It shows that Johnson once had a sense of humour. There’s an interview with a young Donald Trump and his wife too. Humphries tells the audience that he was told afterwards that Trump had not understood Edna’s “complex indentity” and declared her a very nice woman. Oh my, I do so hope that’s true.

It’s certainly a very entertaining evening but it’s self indulgently long at nearly two and a half hours. Yes, we get the sense that Humphries is simply chatting although of course every word is scripted – witness the slick piano cues – apart from one or two bits of banter with front row audience members. It feels padded out in places.