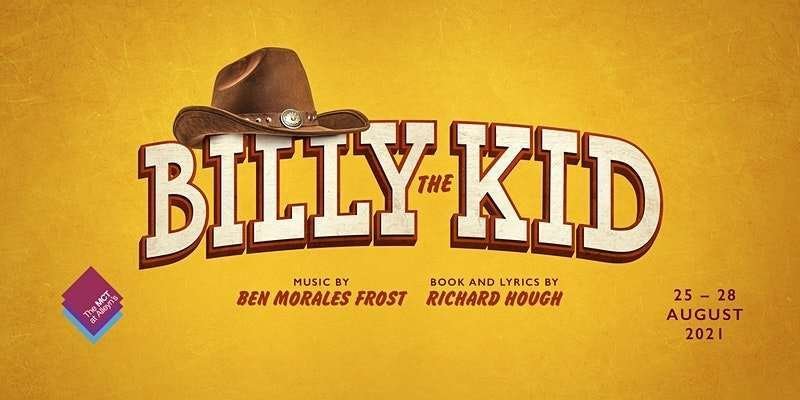 Commissioned by NYMT in 2017, this revival showcases the talents of an enthusiastic, talented young company and, as ever, it’s the imaginative direction (lots of slow motion with chairs, for instance) which really lifts it.

Richard Hough’s feel-good, happy ending story is a long way from the historical facts about Henry McCarty – aka Billy the Kid – an outlaw who shot and killed eight men before being shot at age 21. Instead we meet a very young Billy (Charlie Wright) who, in a neat framing device is trying to find the courage to face down an aggressive group of bullies in his 21st century school.

Daydreaming as an escape, while the teacher recounts the events of the 1860s, Billy becomes a forceful, but ultimately moral, hero in his own story as we flash back colourfully to the saloon bar and the sauve-qui-peut of the days when the whole town was under a protection racket. With a hint of the Wizard of Oz the bullies and the nineteenth century gang are all played by the same actors. Other school characters reappear in different guises in his dream – a group of five leggy, sporty, all-American cheerleader types become a very good troupe of saloon bar dancers, for example.

And behind all this is Ben Morales Frost’s enjoyable score with all the off beat sequences and lyricism which evoke the world of late nineteenth century cowboy country. The inevitable hoe down scene is a delight. It isn’t quite Aaron Copland but it’s great fun.

Charlie Wright – only 14 and physically quite small – steals the show as Billy. He gives us wistfulness spliced with strength and pragmatism finally overcome by wisdom. It’s quite a nuanced performance and his singing is both sensitive and mature.

The support cast is strong and the piece is written to give lots of characters a moment in the spotlight so we hear a number of good soloists amongst whom Sophie Muringu stands out as Mary, the bar co-owner who becomes a moral support in Billy’s life. She sings beautifully and her acting is totally convincing.

We’re in Lincoln County, New Mexico and the atmosphere is spot on with some sultry lighting and wheel-on-and-off sets, the movement of which is integrated into ensemble action. The southern accents are harder for a young cast to nail and some of the vowel sounds are inappropriately distorted but these young people have worked together for only a short time and it really doesn’t matter much.

One of the things I like very much about NYMT  shows is the use of a vibrant youth band  and the habit of bringing them all on stage at curtain call. They play beautifully in this show and Olivia Howdle’s eloquent violin work really stood out for me.