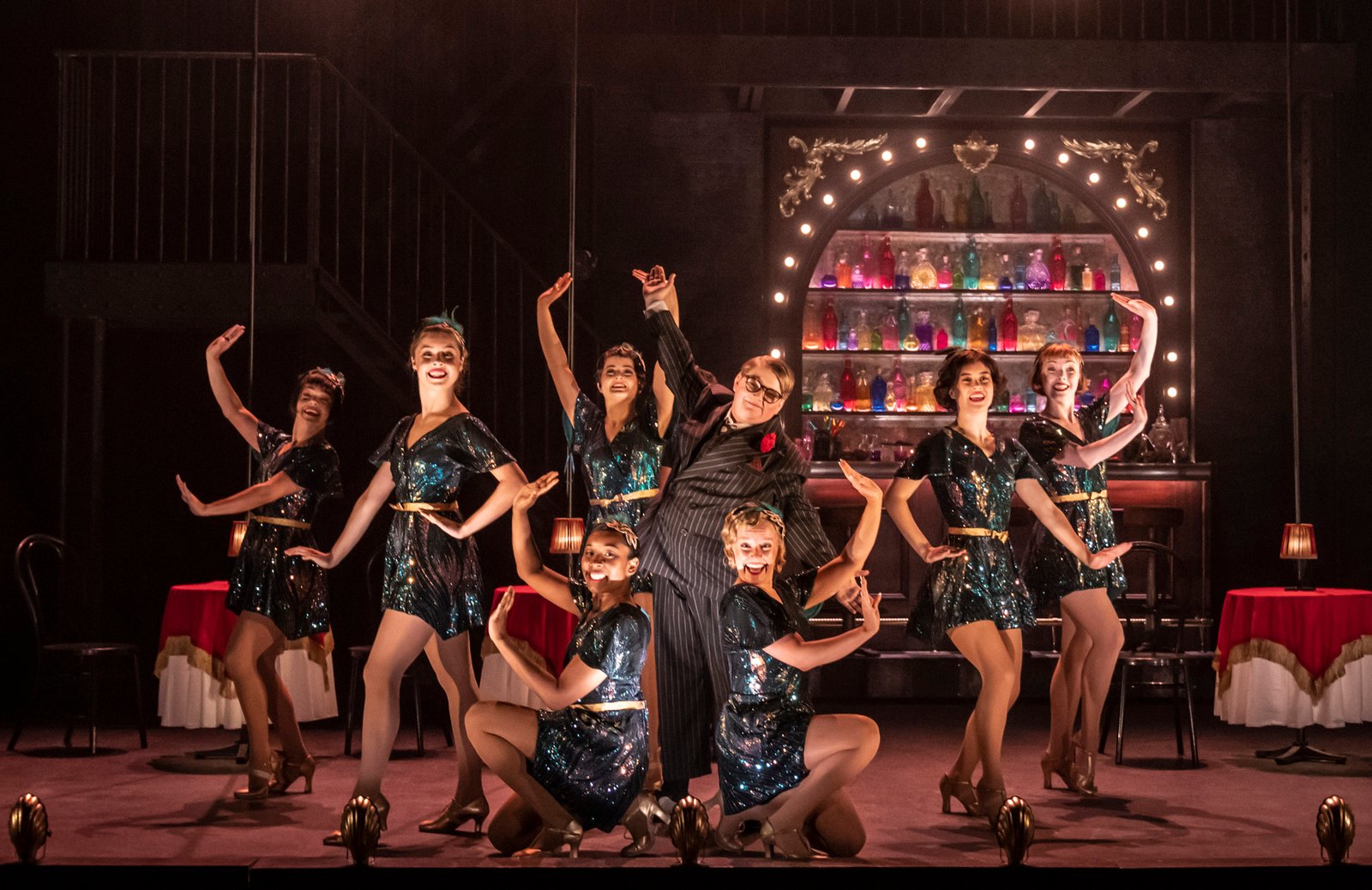 Originally a film about the rivalry between fictional Chicago gangsters Fat Sam and Dandy Dan, Bugsy Malone broke the mould with its cast of children and its use of splurge guns and custard pies rather than the usual hardware of machine guns, propelling its creator, Alan Parker, to overnight fame, a very successful career in film and a knighthood for his work.

The stage adaptation had a very respectable first run in the ‘80s and a memorable production by the National Youth Theatre in the ‘90s. More recently it achieved much critical praise in a summer run at the Lyric Hammersmith in 2016 and this is a revival of that show, directed again by Sean Holmes.

I’m not totally convinced by this production of Bugsy Malone, on tour for the first time.

Paul Williams’ script is witty and fast-moving, especially when ‘gangster’ lines are spoken by the younger members of the cast and Jon Bausor sets the show up very nicely with an attractive set which allows scenes to change in double-quick time. The show has lots of memorable tunes – veritable ‘earworms’ – performed extremely well by the cast and a hard-working six-piece band.

But – and this I think is its major drawback as a stage show – it seems a half-hearted version of the film (even down to a sad but practically necessary deficiency of splurge), with its principal roles filled by performers between the ages of 9 and 15 who are supported by an ensemble/swings of young adults, which I think is an awkward compromise.

The older cast are immensely talented. Some lovely comic acting and fine singing. Sadly whilst many of them are named during the show these roles are not identified in the programme but I especially liked the physicality of the acting of the actor playing Knuckles (Ru Fisher?). And they all met the challenge of Drew McOnie’s brilliant choreography magnificently, especially in So You Wanna Be a Boxer?, which is extraordinarily good.

Against this I think the younger members of the cast on the night I saw the show were a mixed bag.

For each of the seven roles there are three actors. It was a shame that actors on the night were not identified to the audience.

There were very confident and polished performances from Gabriel Payne (perhaps a little too polished for e-boxer Bugsy), Mia Lakha (Blousey) and Jasmine Sakyiama (Tallulah) – all experienced stage performers – and Aidan Oti charmed the audience as Fizzy.

But otherwise I think there were problems about diction, projection and movement round the stage which at times left me slightly uncomfortable, as if I was watching a school production.

This format is a bold enterprise, especially for a touring show. I have to say there WAS lots of fun and the full house I attended had a very positive reaction with a standing ovation at the end but for me, this cast mix, while a practical compromise between film and stage, just didn’t work as well as I wanted it to.