It’s nice to see that Bob Fosse’s original choreography has been preserved as much as possible for the West End show and now touring production of Kander & Ebb’s sublime ‘other’ musical – the first being Cabaret of course. One thing’s for sure, both productions feature a plethora of stockings, suspenders and the fittest bodies you are ever likely to come across in theatre. The touring production is visiting Woking this week.

Chicago has famously starred many a celeb over the years to put bums on seats. Ian Kelsey, Ruthie Henshall, Bonnie Langford and, currently, tenor Russell Watson (Billy Flynn), ex-3 Degree Sheila Ferguson (Mama Morton), Faye Brookes (Roxie Hart), Djalenga Scott (Velma Kelly) and a hilarious turn from muscular drag act, B.E. Wong as Mary Sunshine. Indeed it will be interesting to see how TOWIE reality star, Gemma Collins, performs as Mama Morton when she take over from Ferguson at the end of May. Rightly, top MD Andrew Hilton and his wonderful ten-piece authentic band take centre stage. In fact Hilton’s role at the edge of the show wins over Woking’s packed audience as he makes the most of his visibility in the tongue-in-cheek show.

In addition, it was also a film in 2002 of course starring Richard Gere (Flynn), Renée Zellweger (Hart) and Catherine Zeta Jones (Kelly).

Style and music win the day with numbers such as All That Jazz, He Had it Coming, Razzle Dazzle and Mr Cellophane to name four showcasing and instantly recognisable hits. But the show has so much more to offer including plenty of chances for musicians and actors to shine in a host of further songs. Djalenga Scott certainly has the height for Velma Kelly while ex-Corrie actress Faye Brookes uses her smaller stature with sensual expertise as Hart wins over the attention of smooth-talking and sharp lawyer, Billy Flynn.

The plot, for those who have been living in a cave, follows the incarceration of Roxie Hart after she shoots dead her lover. Cue jailbird Velma Kelly, warden Mama Morton and a host of fellow inmates. However, Hart uses her own popularity with the press to win over the jury – that and Billy Flynn’s help of course. Unsurprisingly, she gets off but not before the audience has fallen in love with Hart’s real husband, Amos Hart (played by Jamie Baughan). 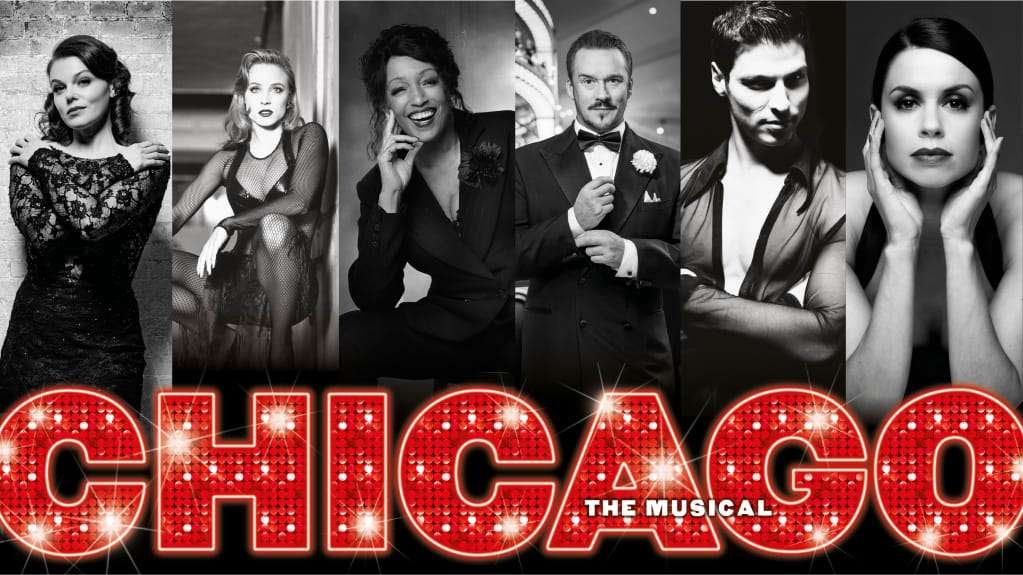