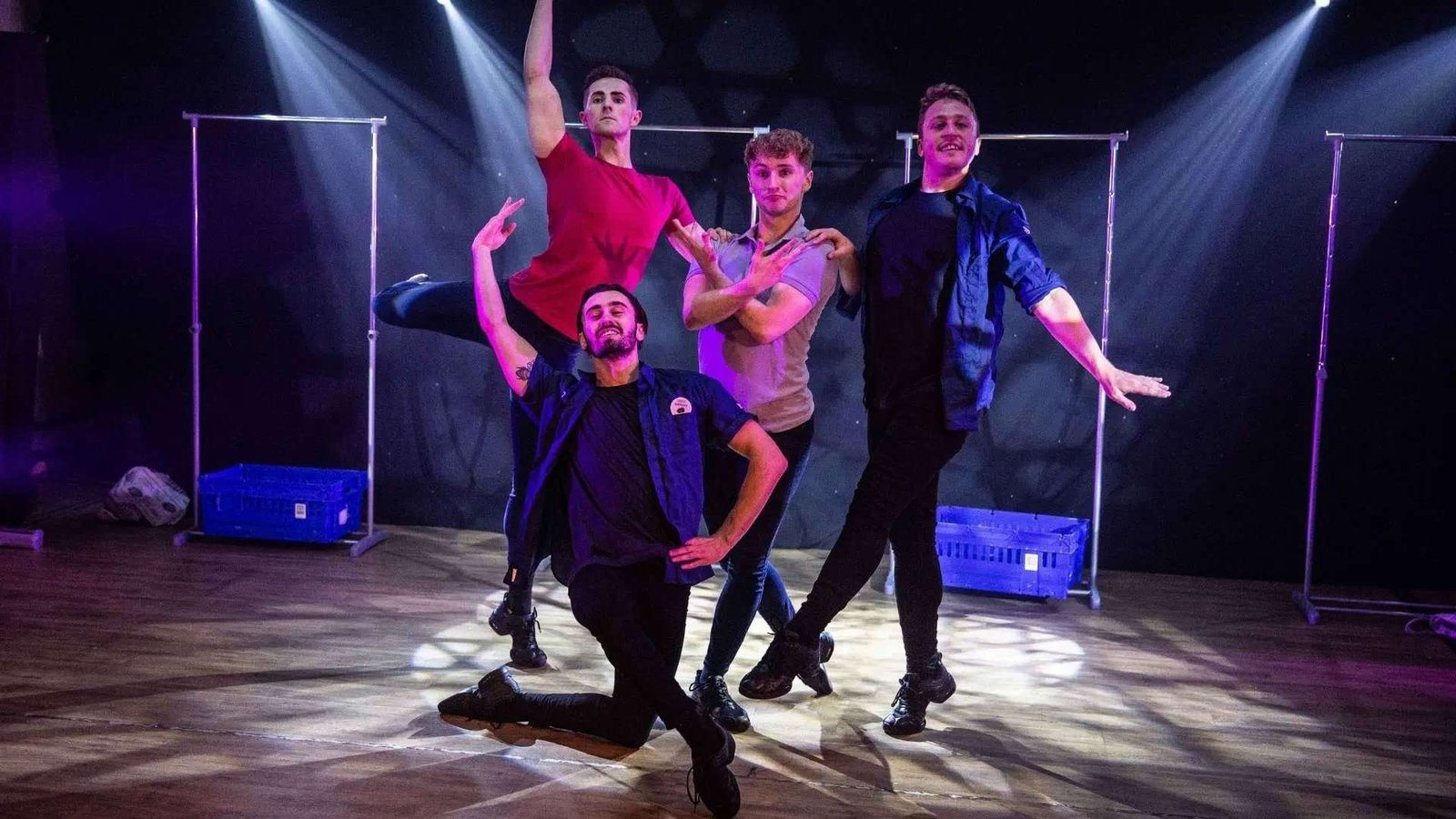 Credits: Partnered with a new piece to the music of Tchaikovsky (The Supermarket Suite). Presented by The Garden Theatre.

This year, it seems more and more as though the Edinburgh Fringe has come to London, and that was definitely how it felt walking into the new venue for the Garden Theatre Summer Festival. They have moved from Vauxhall to a hall in Pimlico, now kitted out with a bank of seating providing good sightlines despite the low ceiling. Several plays are promised as part of the season, but it was all male ballet that provided the opener.

The main piece, Coppelia, has been seen at Edinburgh but was preceded by a short divertissement called Supermarket Suite, set to some of Tchaikovsky’s music from the Nutcracker. It was nicely danced and provided a suitable beginning to the main piece, which was much more impressive. Coppelia was danced to new orchestrations (Aaron Clingham) of the original music by Delibes and transposed the story to an all-male environment where Dr C, the toymaker figure, became a lecherous flasher with a male rather than female mechanical doll.

The narrative was clear even to those unfamiliar with the original, largely through the use of mime as in classical ballet. This was one of the several clever references to the original, which was one of the first great romantic ballets. Admittedly, some of the mime gestures here might not be seen on the stages of our great classical ballet companies, but the effect was the same: we knew what was happening. William Spencer’s choreography was very effective, outlining character and filling in relationships, but always up for a laugh as well. He even managed to include a few lifts, which looked quite risky in a room with such a low ceiling.

Some of the most effective sections were the group sections with two or three dancers together, although it would have been good to have had a few more quiet moments to contrast with the broad comedy, as with the brief pas de deux. Hayden Tierney confidently provided the more macho parts of the action, while Jack Buchanan was particularly effective at the comic campery that made up much of the piece. Lewis Rimmer was an imposing presence and an extremely supple dancer, while Thomas Buckley threw himself wholeheartedly into the character role of Dr C. All four are excellent dancers: as with companies like the Trocks, comic ballet works so much more impressively when it is clear that the dancers can meet whatever challenge they are faced with.

Apart from one excellent prop, an outsized coffee cup, the other scenic items seemed to have been made in a hurry: jokey titles only work if the audience can see them rather than being written in a light colour on a white background. Hopefully someone will have done some colouring in with a black felt tip before the next performance.

The company website describes the piece as jazz ballet, and ballet it certainly is, not just the dance theatre piece I had expected. It’s a frothy, light-hearted confection for a broad-minded audience, and a suitable diversion for a summer evening. 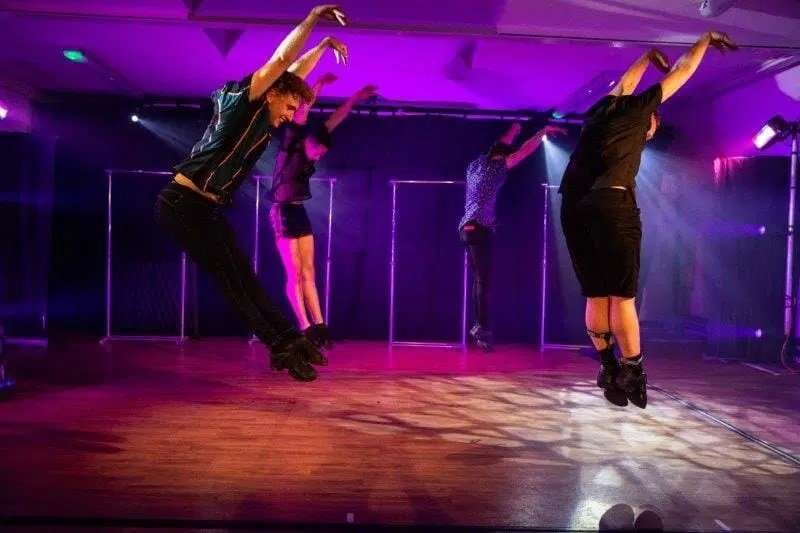