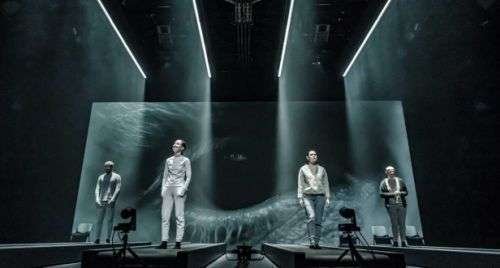 You don’t go to a Sarah Kane play for cosy plotting or situational naturalism. You go for anger, lyricism, despair and opaqueness and that is exactly what this 50-minute piece gives you.

Crave is the fourth of her five plays (and one screenplay) and dates from 1998 when it was highly acclaimed. She died in 1999 aged 28.

In this production, directed by Tinuke Craig (I don’t know how it’s been done in the past) the four actors – Erin Doherty, Alfred Enoch, Wendy Kweh and Jonathan Swinger –   stand separately on parallel moving belts and never look at each other. Instead, they walk or are “travelated” forwards and backwards which creates visual shapes and interface of a sort. It also means they’re distanced as suits both the play, and Covid-safe requirements and it makes a thoughtful statement about individual isolation and parallel lives.

Echoes of TS Eliot’s The Wasteland, the Book of Common Prayer and other influences resonate through the text which is underpinned by Anna Clock’s evocative rumbling sound design. There’s a wonderful moment when it stops and we hear a very loud silence full of thought, until eventually, Slinger speaks. The quartet of actors – working through themes of abuse, loneliness, anxiety and suicidal despair – function like a string quartet imperceptibly communicating with each other and managing the aural space as one. And on the back wall behind them is black and white (sometimes white and black because it’s in negative) film and video of the four actors, rather wonderfully blended together.

All four performances are powerful and poignant, with each dependent entirely on his or her inner resources. There are no props, scenery or even costume to speak of. It must be very satisfying to do although it has to be said that this highly poetic play probably benefits from detailed study rather than seeing/hearing it as a one off experience. “Poetry is language for its own sake” as one of the characters remarks.

Being back in the main house at CFT, for the first time since last December, was a bitter-sweet joy. The reduced, distanced, masked audience was so excited on press night that there was a thrilled round of applause when the lights went down at the start. But of course, later this week it all stops. Fingers tightly crossed for CFT’s Christmas show, Pinocchio. 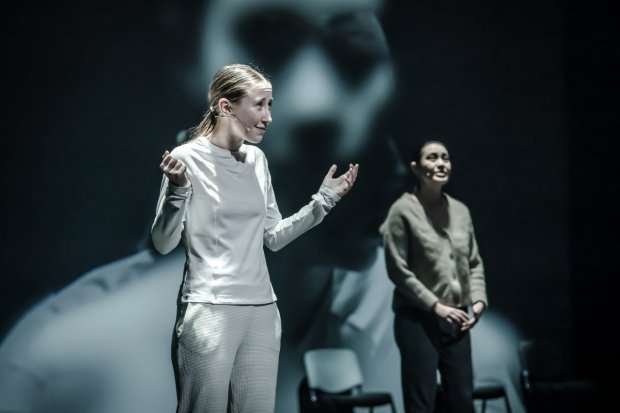 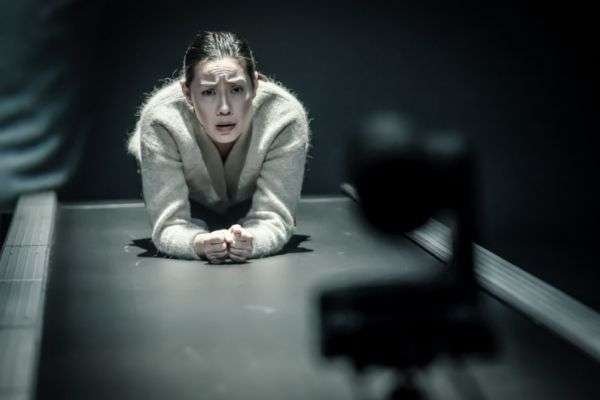 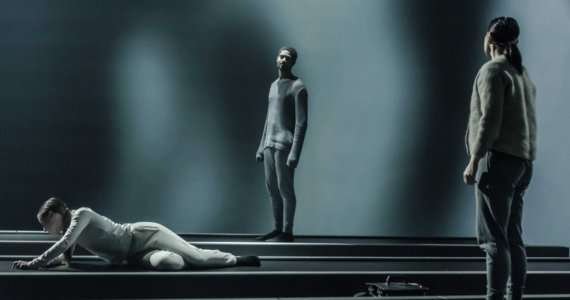