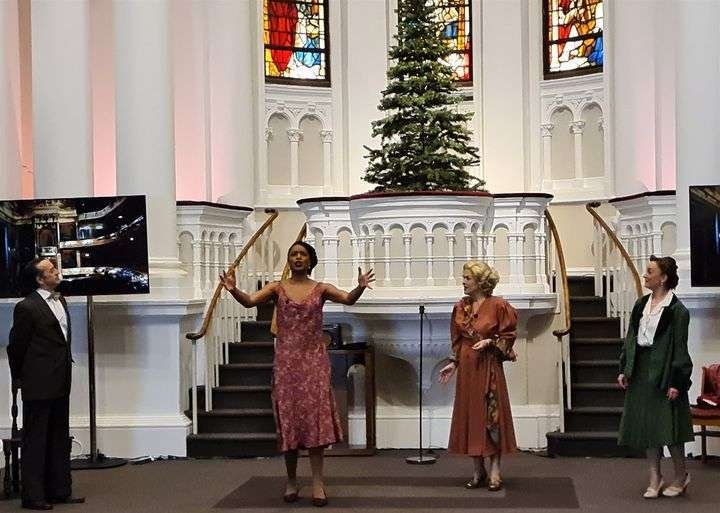 The London Song Festival is to be congratulated on presenting David Slattery-Christy’s charming musical entertainment Ghost Lights in the elegant Hinde Street Church last Friday, bringing the melody and magic of a bygone era back to today’s pandemic-stricken London.

The plot for the show is a reunion between Ivor Novello (Fenton Gray) and three of his leading ladies who, strangely, were all American but became much loved over here: Mary Ellis (Rebecca Louise Dale), Dorothy Dickson (Rosemary Ashe) and Elizabeth Welch (Justina Kehinde). The setting is the empty stage of the Theatre Royal, Drury Lane at a time when its current Novello show The Dancing Years was interrupted by World War II in 1939 – later to be damaged by bombs. Indeed, the evening poignantly resonates for our present time when most theatres are dark, albeit we now battle a virus and not Hitler, although during the war theatres soon reopened and battled on.

Time and place are nicely evoked in the elegant Hinde Street Church by screens revealing the interior of the iconic theatre and, at the start, the BBC radio announcement that theatres were closed due to the outbreak of the war.

If current rules oblige performers to distribute themselves around the stage safely-distanced from each other, here they do so with the polished high style the period requires, enlivened by some pleasing movement.

Directed by Slattery-Christy himself, the piece neatly juxtaposes the contrasting melodic styles of Ivor Novello and Noel Coward: both contemporaries, friends and gay at a time when it was very much a crime to be ‘other’ – but were adored by the public – whose shows and personalities dominated the London stage during the first half of the last century.

The four performers, all vocally on tip-top form, throw themselves into an interesting selection of numbers by the two composers. Alternating with standard ballads such as Waltz of My Heart and Glamorous Night and lesser-known but delightful songs including Novello’s catchy Why Isn’t It You? and Coward’s touching Never Again. Particularly effective is one written by Novello for a Charlot’s revue, Night May Have its Sadness, which modulates into an up-tempo Finale with top hats. 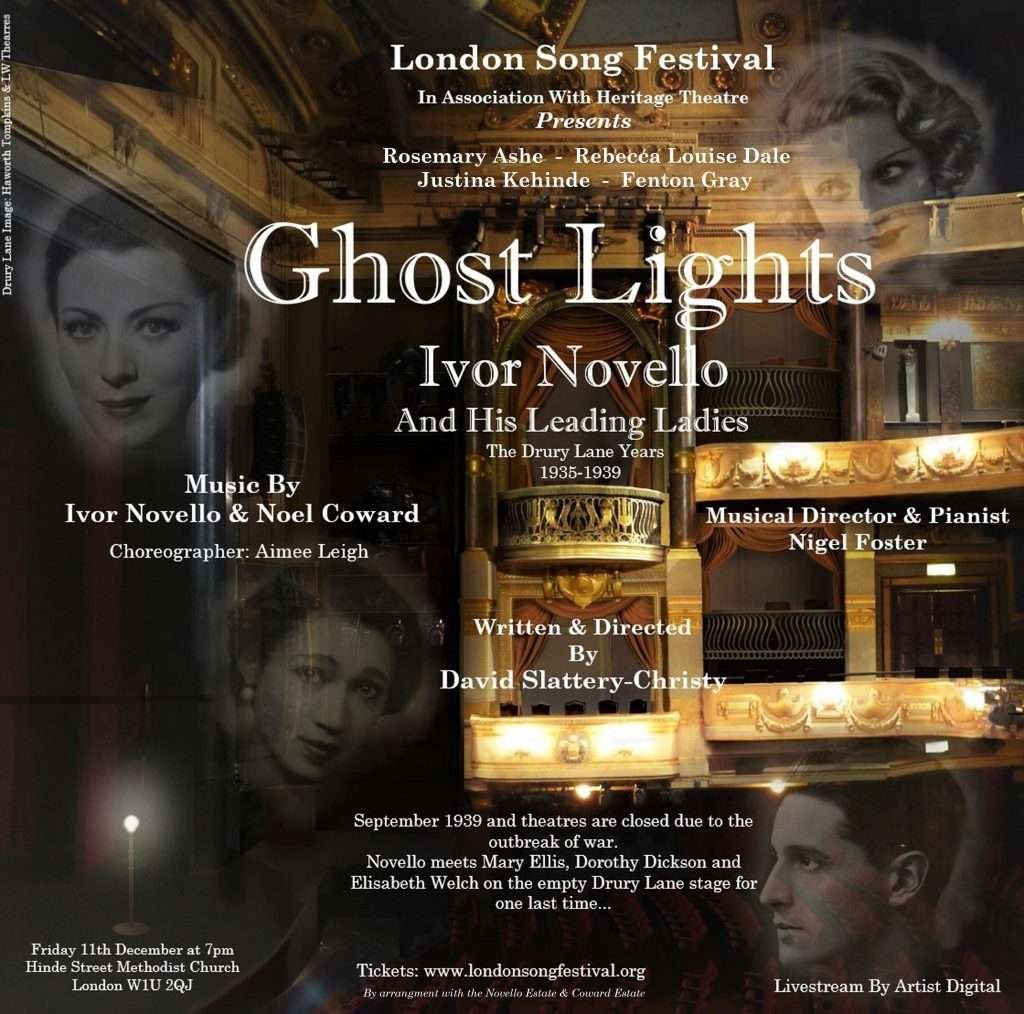