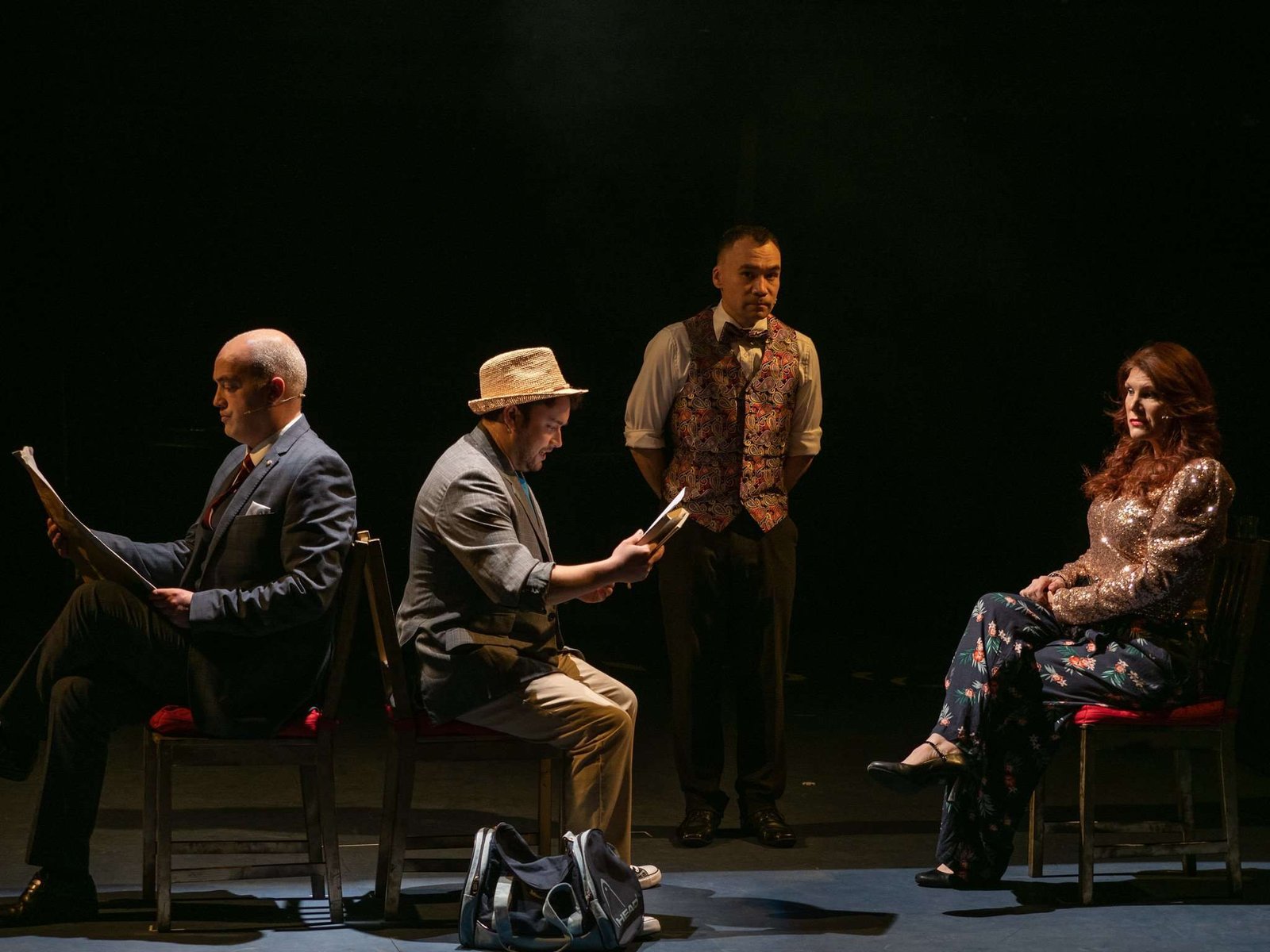 What better way to spend a December evening than by being transported to the sunny French Riviera? If another show sees life as a cabaret, Dirty Rotten Scoundrels takes a gambling casino as its setting and a metaphor for the shady, if entertaining, world it depicts. On entering the Bridewell Theatre’s performance area with its black drapes and gaming tables, no sooner have you parted with your coins for a programme than, and, as the band tunes up, croupiers ply you with chips and draw you into their world.

And oh boy, what a band it is! In preparation for the show, I’d played the original American cast recording and, for just a moment, wondered if I was hearing that orchestral track. Chris Nelson’s baton inspires his fifteen-strong band to bring out all the pep and buzz of the original orchestrations in David Yazbek’s delicious score, and the bubbly company follows suit. The production is as musically sound as any big musical in the West End.

The piece itself breaks no new ground. In fact, it’s almost a throwback to the light-hearted musical comedies of the ‘twenties and ‘thirties but, as the recent success of the Anything Goes revival showed us, is just what the doctor ordered for the dismal times we’re living through. There’s even a haunting love ballad, Nothing is Too Wonderful – albeit spoofed – and some wise-cracking numbers which could have been penned by Cole Porter.

Lawrence holds sway as the resident conman in the resort. When he meets another scoundrel, Freddy, on a train he first tries to help him, then makes use of him before deciding there isn’t room for them both in town and challenges him to a gamble. Whoever manages to successfully swindle a woman out of $50,000 can stay. Whoever loses must leave.

Gangsters and other lowlife are, of course, stock characters in musical comedy and, once again, we’re in lovable rogue territory here. In her excellent Director’s Notes, Zoë Thomas-Webb suggests that even ephemeral light-hearted musicals may cause an audience to reflect on aspects of the human condition. If this one has a weakness, whilst entertaining, it doesn’t risk, as the The Producers succeeds in doing, tottering on the knife-edge of outrageous bad taste. Yet the sheer simplicity of her production, in which a couple of chairs can become a railway carriage at the twisting of a couple of waiter’s arms, ensures everything moves deftly and keeps us involved.

To be honest, I’d found the charm of the 1988 film resistible, and even this musical version, first served to us in London in 2014 didn’t totally engage me. But as sometimes happens, a fringe venue and company can bring a special magic, even warmth to the proceedings which, in this case, makes the reprobates more endearing. The production is pure joy from start to finish!

The principal conmen, Rob Archibald as the urbane Lawrence and Joey Henshaw, the socially inept Freddy, are well contrasted and make a fine double act. Archibald brings vocal versatility to the various persona required by his role, his transformation into a Viennese doctor being particularly hilarious, whilst Henshaw’s clumsy teddy bear antics are equally delightful. This is comic playing of a high order. They get good support from: Imogen Johnson as the Soap Queen who isn’t quite who they, and we, are led to believe she is; Louise Roberts as an American socialite and potential victim of the pair (her coup de théâtre at the end (no spoiler!) is brilliant); and Dan Saunders as Andre the corrupt but charming Head of Police in league with Lawrence.

Jen Bullock also shines as Jolene a wealthy young woman, who manipulates herself into becoming temporarily engaged to Lawrence and performs a riveting speciality dance with the ensemble, extolling the dubious virtues of her home state.

Jonathon Grant and Fiona McConachie have choreographed the show superbly and in numbers such as the latter (Oklahoma!) make full use of the deep stage area, not to mention large pink Stetsons – even if, sometimes, the dancing could be sharper.

I was puzzled – and distracted – by a cast/audience member mysteriously planted at one of the tables. Was this a Brechtian alienation device or had another critic been given a ringside seat? I could also have done with better diction from some cast members who spoke and sang a tad too fast for mature ears. Admittedly, many of the songs have quick tempos, but Yazbek’s clever lyrics and Jeffrey Lane’s witty lines are too good to miss.

No matter, it was terrific to be back once again with an enthusiastic young cast and audience at The Bridewell and be reassured that Sedos, despite the problems of the past twenty-odd months, hasn’t let its very high standards slip. The two-and-a half hours sped by in a delightful whirl of mirth, movement and melody. 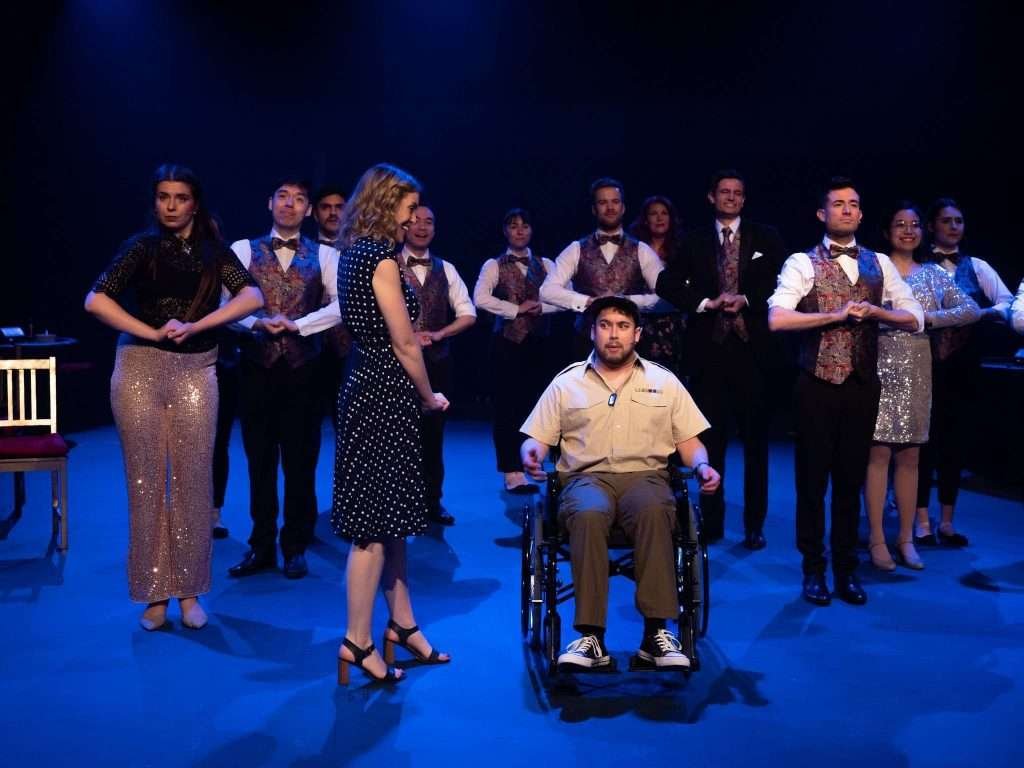 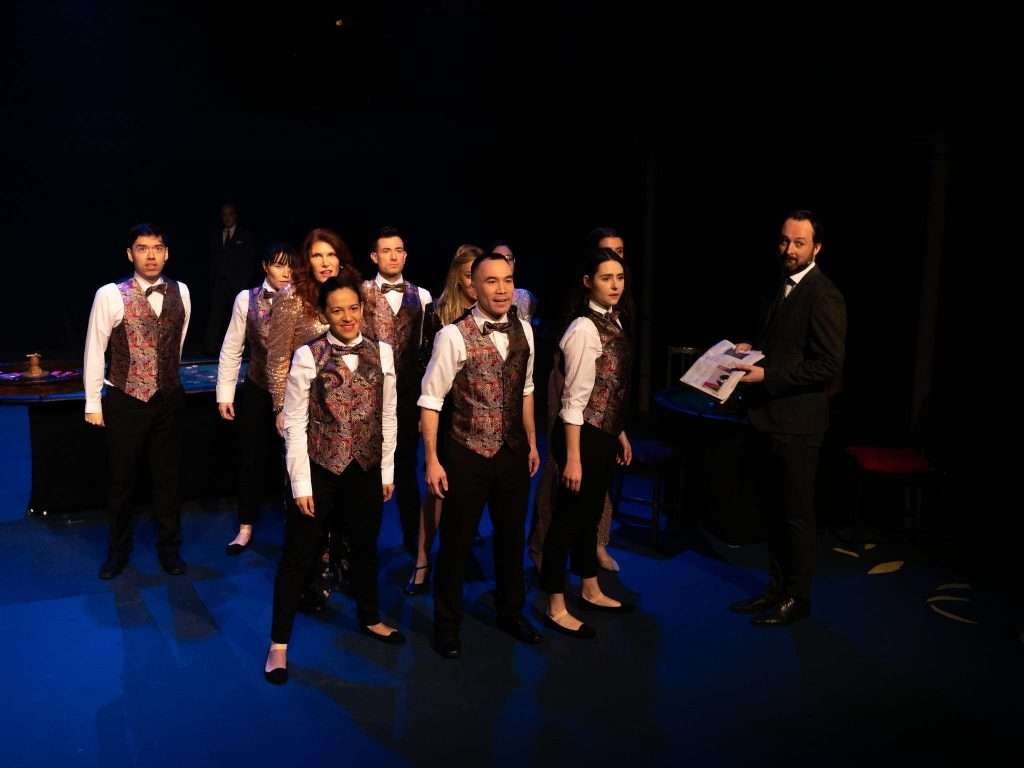 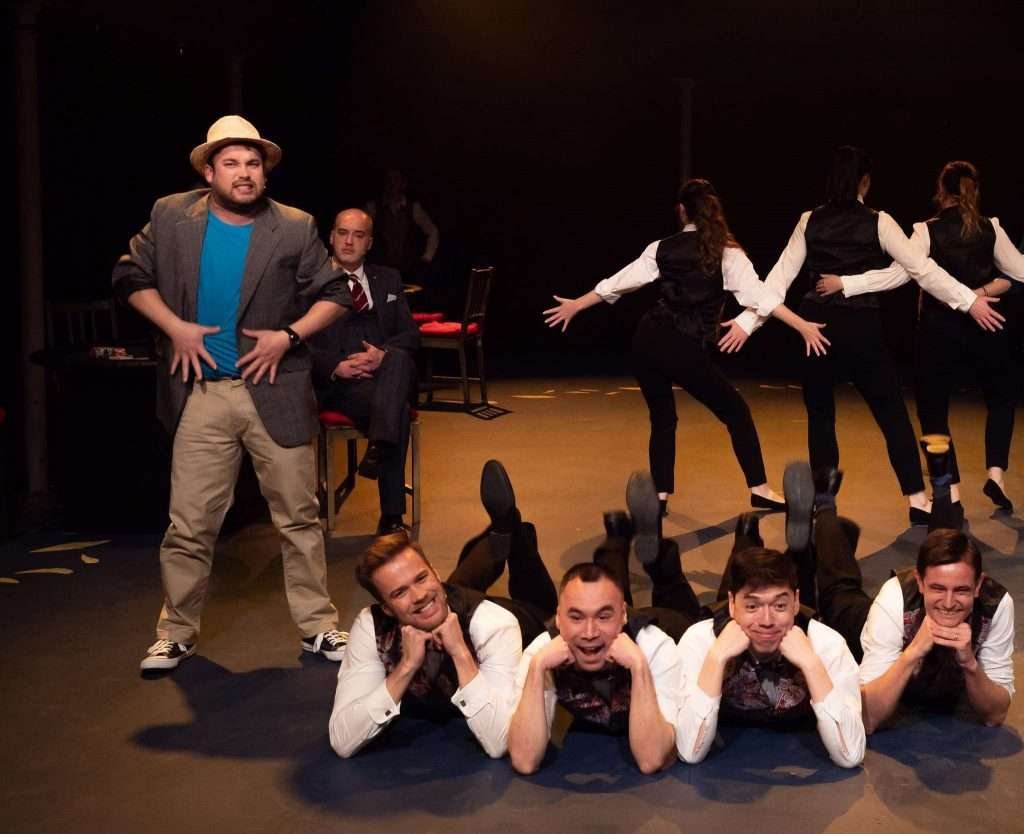 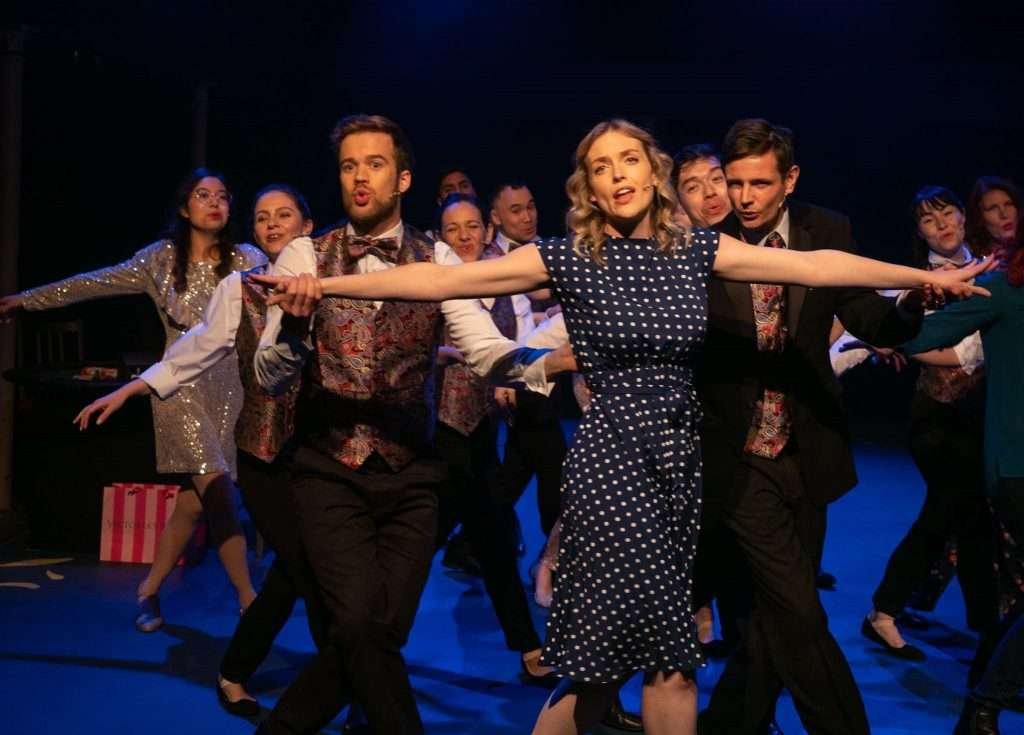