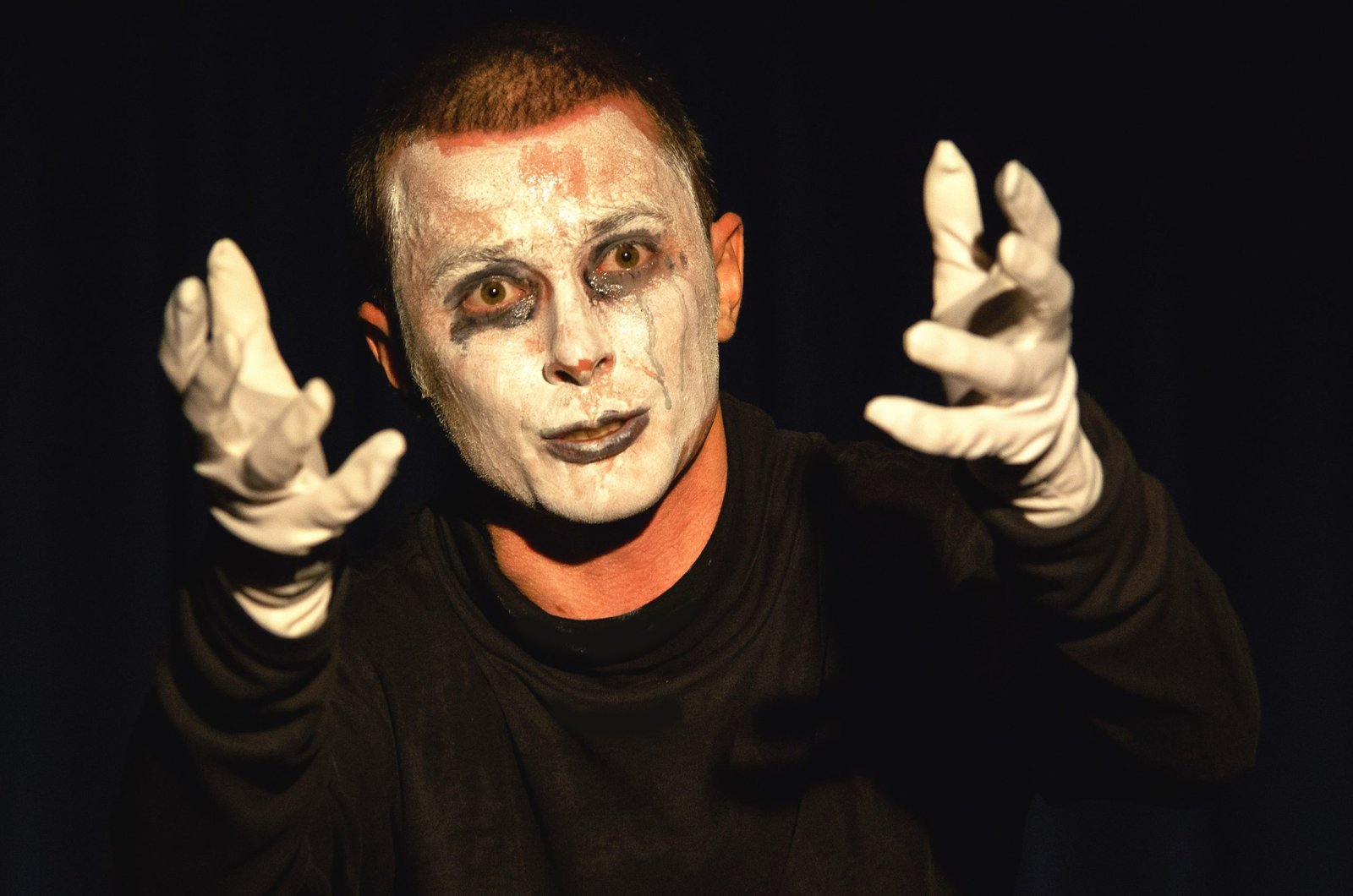 Stephen Berkoff’s way of working is so specific and distinctive that it is taught on A Level courses and in drama schools alongside Stanislavksi, Meisner and co. His one man miniatures are theatrical gems and I once had the pleasure of seeing Berkoff himself do Dog at Brighton Dome so it was fascinating to see it done by another actor and I’m happy to report that it’s in good hands with Stephen Smith who performs, directs and has co-directed the sound.

Sitting in a unique Berkoffian spot between mime, physical theatre and monologue with a hint of theatre of the absurd,  Dog gives us man and pitbull who are two sides of the same personality. Smith’s character boozes, sprays graffiti (while we watch and smile when we recognise what he’s writing), goes to a football match, gets parts for his van and abuses almost everyone he mentions. Crucially he struggles to control Roy, the dog who pulls at his lead, runs off, and attacks people. From time to time the light changes and Smith drops to the ground to become his  snarling alter ego – and it’s pretty terrifying. He also manages to convey a sense in which the animal’s owner sometimes feels hurt and misunderstood so, although the stereotyping is funny, it isn’t quite black and white. The characterisation is nuanced – and therefore believable.

In some ways Actor, which was new to me, is more subtle. Smith changes his clothes and applies white makeup in the half light between these plays. Then he layers up the sound to reach a sort of relentless heartbeat and proceeds physically to walk through his own life as an actor who is constantly turned down for parts but somehow has to keep up his end with the many other actors he meets. And we feel a lot of sympathy. The piece operates on a repetitive loop – walking on the spot, meeting and shaking hands with other actors, delivering speeches from Hamlet in auditions and being sent away. And some of the text rhymes which makes the continuum of outcomes seem even more inevitable. The scenes with his parents and wives are moving too although spiced with humour and keen observation. Smith brings exactly the right level of brittleness over and over again until despair finally takes him over. Of course there were actors and other theatre pros in the audience with me and there were a lot of sighs and chuckles of recognition.

The whole show runs for just 55 minutes. It’s a real pleasure to watch an actor with the sort of talent that can single-handedly hold an audience with that level of intensity.