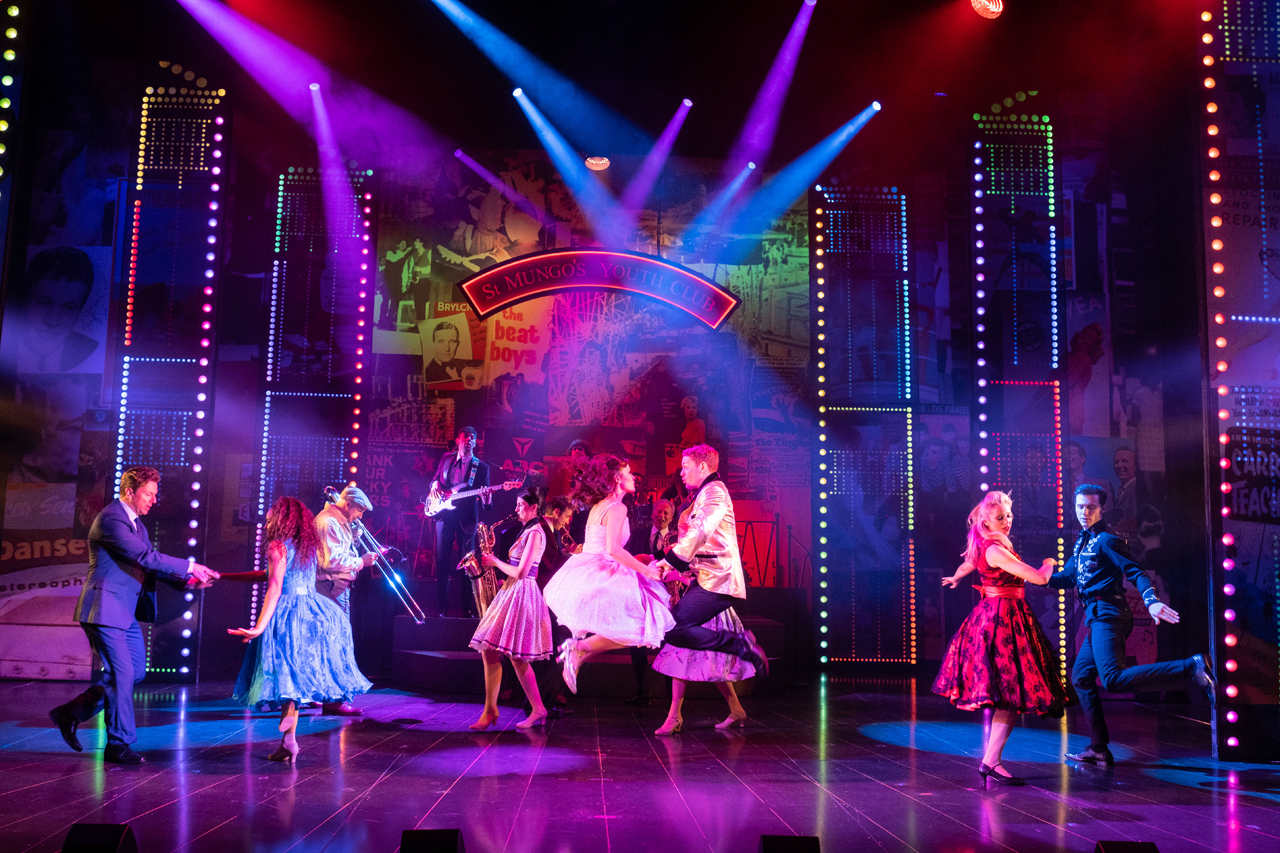 Show: Dreamboats & Petticoats: Bringing on Back the Good Times

Dreamboats & Petticoats: Bringing on Back the Good Times

If nostalgia had a value tag it would surely be priceless. It’s just a shame that this week’s musical sequel to Marks and Gran’s Dreamboats & Petticoats (if we don’t count the forgotten Dreamboats and Miniskirts or Save the Last Dance for Me) was only approx 65% full at Woking’s New Victoria Theatre on press night. As far as the musical goes, the 50s are now the 50s/60s and instead of rock ‘n’ roll played from the stage, we have moved on to the swinging hits of the day, such as Happy Together, Price of Love, Sealed with a Kiss, The Clapping Song, Save the Last Dance for Me, Blue Moon, I Just Don’t Know What to Do with Myself, Pretty Woman, Come Softly to Me, Mony Mony, Stop! In the Name of Love as well as the title song, a medley from Mark Wynter plus the show’s grand finale – which goes back to its predecessor’s big final number, At the Hop. Altogether this show features over thirty hits!

The plot, like the first show, isn’t that important but returns to St. Mungo’s Youth Club and the same – although slighly older – characters. Bobby & Laura have since had a hit with Dreamboats & Petticoats although a touch of the wobbles at the Royal Variety Performance saw the duo disband with Bobby retiring from the music industry and returning to play with The Conquests. Laura, on the other hand, has gone onto become something of a homegrown B-list star and, through her manager, Larry (Mark Wynter), has a summer season in Torquay booked. Sue and Norman are married with a baby and Laura’s brother, Ray has partnered up with Donna. There’s even a repeat of the gang’s trip to the seaside!

Elizabeth Carter, who returns to the role of Laura for the third time seemingly cannot keep away and has now appeared in all four of the writers’ nostslgic mash-ups. Perhaps she love those old tunes – I certainly do. The show may not set the world on fire but Bill Kenwright has produced a lovely slice of magic from this trip down memory lane; very apt with Austin Butler’s Elvis Presley on the big cinema screen outside the theatre. It’s also a nice touch that Mark Wynter – whose voice is arguably not what it once was – gets to be in the show as well as pumping out three of his biggest hits including Venus in Blue Jeans and Go Away Little Girl.

Sheridan Lloyd’s onstage band (a four-piece unit plus a brass section from a quartet of actor-musicians) are excellent. What a great sound. In fact we may be hearing a superior sound from backing musicians compared to yesterday’s equipment. So professional and who doesn’t love a bit of At the Hop at the end. For true nostalgia the irrisistable sound of the 50s may be unbeatable but this show will come a close second.