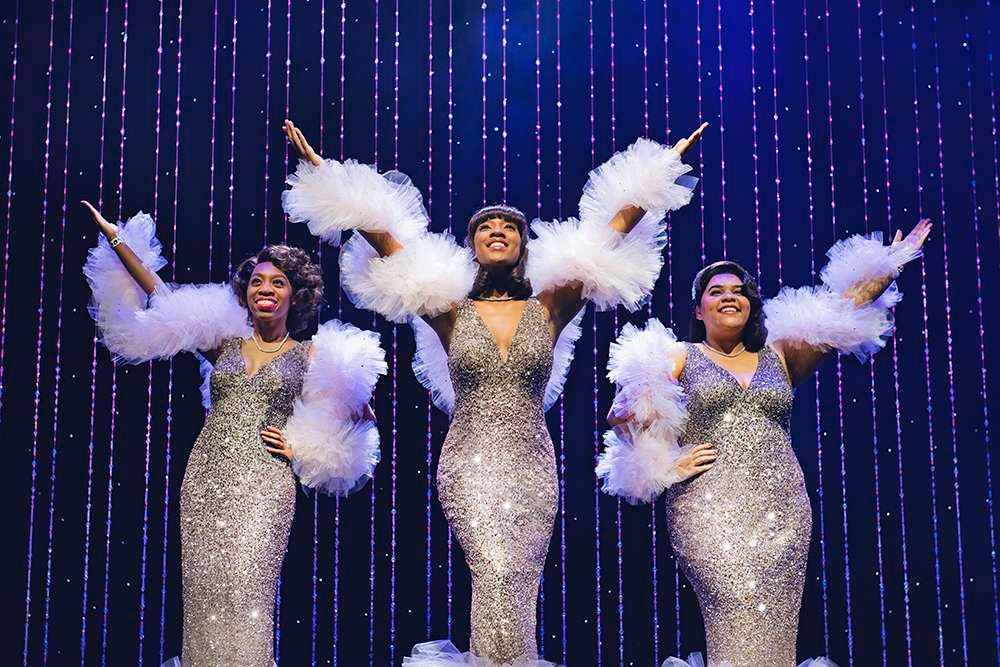 There aren’t many people who haven’t seen 2006’s epic film, Dreamgirls, starring the likes of Jennifer Hudson, Beyoncé Knowles, Jamie Foxx, Eddie Murphy, Anika Noni Rose, Danny Glover and Keith Robinson. Inspired by Motown’s all-girl act, The Supremes, Dreamgirls features instead a fictional trio called The Dreams. The film marked the acting debut of American Idol contestant, Jennifer Hudson and, due to the powerhouse nature of the role and the fact that she sings And I Am Telling You I’m Not Going – made her something of a superstar.

Interestingly, the Broadway musical preceded its big-screen counterpart by twenty-five years and opened in the West End in 2016 starring Amber Riley as Effie White (Hudson’s role) for which she won the Olivier Award for Best Actress in a Musical. The UK tour – directed and choreographed by Casey Nicholaw – is passing through New Wimbledon Theatre this week. Dear Evan Hansen’s Nicole Raquel Dennis as well as Natalie Kassanga and Paige Peddie are cast as Effie, Deena and Lorrell respectively… and they can all sing… effortlessly! In fact the whole cast is almost entirely made up of Black British actors, just like the tour of Motown the Musical was – in sublime historical accuracy. In fact it was a real joy to see the cast supported by so many friends, family and people who you just don’t see in the theatre that often.

The music itself isn’t actually my first choice to listen to, but you really don’t need to be a soul connoisseur to enjoy the many skilful vocal abilities on show. When Dennis closes the first half with Effie White’s huge aforementioned solo number I don’t think anybody in the audience was expecting the lead actress to put her heart and soul into the rendition quite the way she did. I met all three of The Dreams in the pub opposite the theatre afterwards and it is quite amazing how normal they all are in real life – such is the monumental level of their performances.

Also in the pub I met Dom Hartley-Harris who brilliantly plays unscrupulous music manager, Curtis Taylor Jr., and whom first seduced Effie before moving onto (and marrying) Deena as well as making her the lead singer of the group, much to Effie’s disgust. I really mustn’t give too much away so I suggest you go and see the show if you can.

The tour is packing them in, which is exactly what theatre needs right now. MD Simona Budd delivers a pumping soundtrack aided by her band, and Tim Hatley’s set and costume designs are equal to the West End version. Bravo! 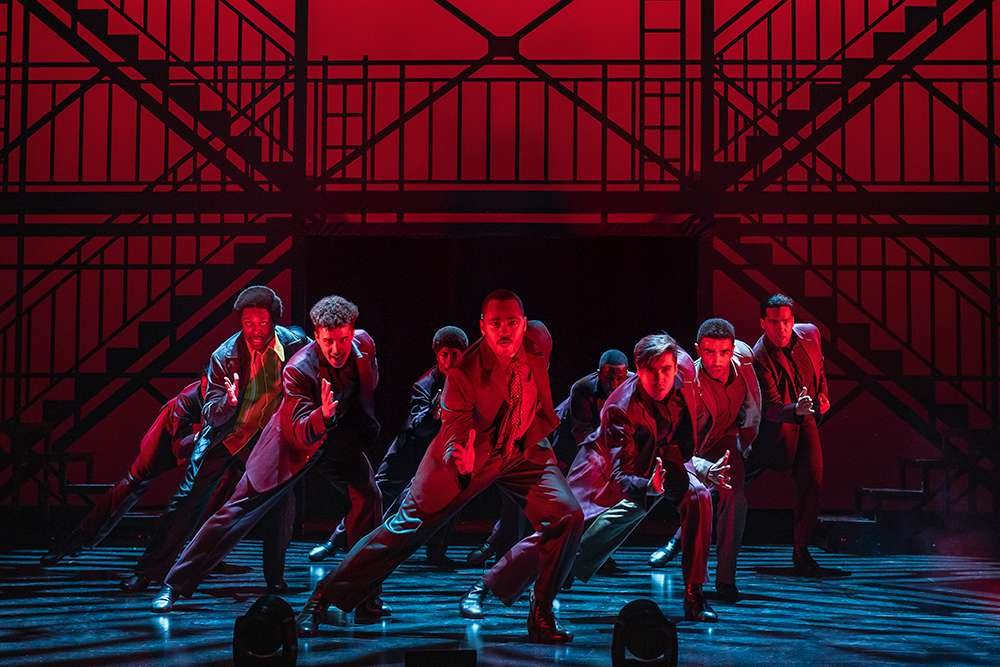 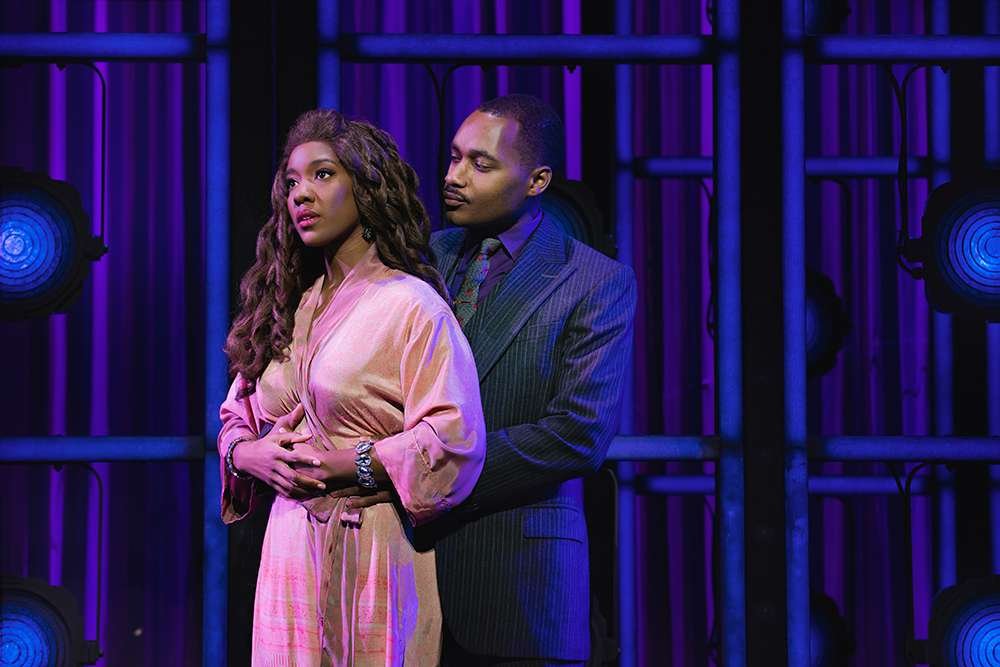 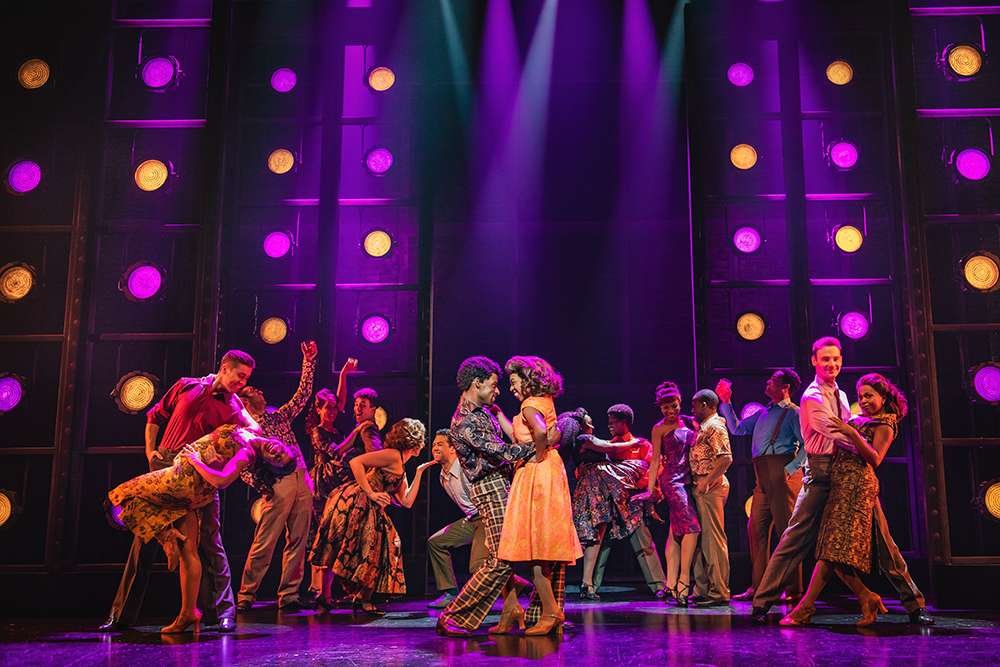 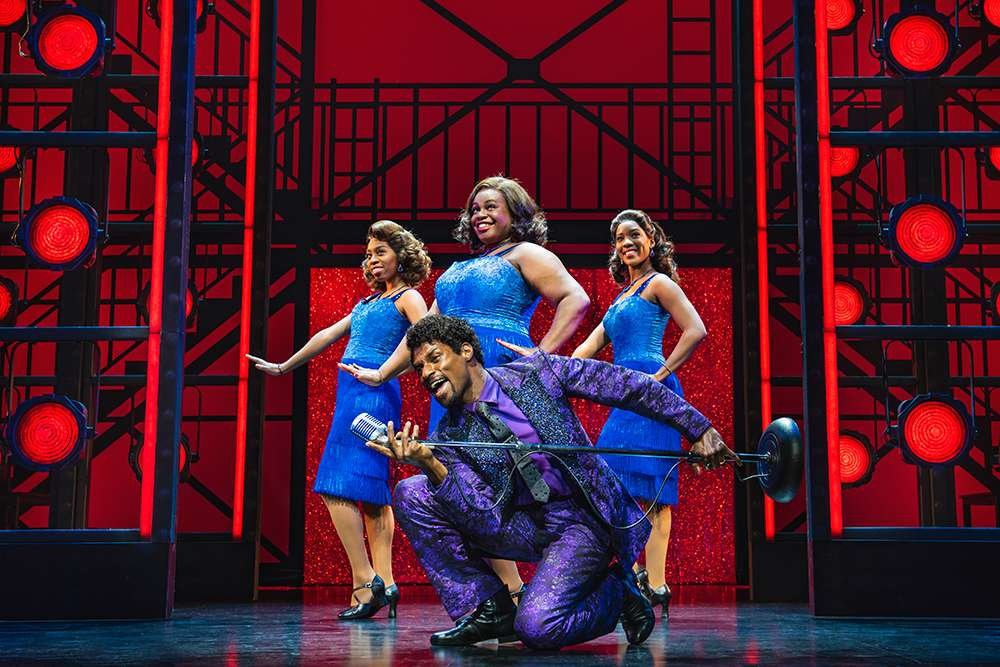