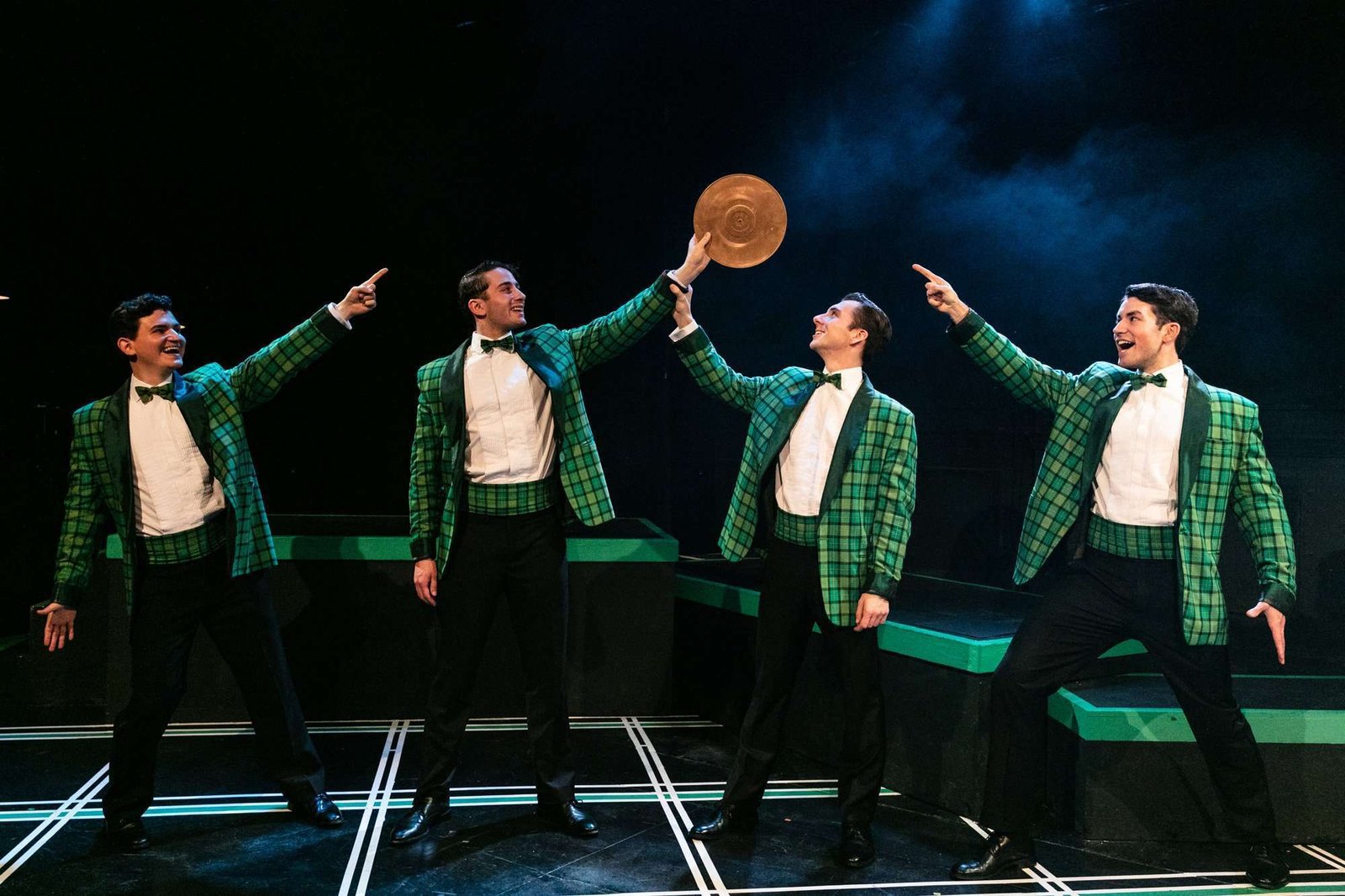 Society: Upstairs at the Gatehouse

I thought that Stuart Ross’s 1992 show was new to me and then realised thirty seconds in that I saw a production of it at Bridge House Theatre, Penge about  three years ago. And this is, actually, the third revival by Ovation at Upstairs at the Gatehouse which launched with Forever Plaid in 1998.  Director John Plews decided it would be a good post-lockdown comeback show because the small cast makes distancing much easier.

Four young men meet at high school somewhere in America in the 1950s. They form a part-time harmony group called Forever Plaid. En route to their first proper gig they are killed by a coach carrying a party of nuns on their way to a Beatles concert. That’s the back story.  Now in 2021, they are back from the dead, landed like aliens in what to them seems like a foreign country, surprised to find they can still sing and, of course, they have a show to do – if they can remember it. So they don their tuxedos and plaid cummerbunds and get started. It’s a quirky, witty vehicle for what is effectively, a concert of 1950s music.

And what a concert! The four young actors are an impressive (Alex Zane, Cameron Bur, George Crawford and Chris Short), immaculately choreographed (by Racky Plews) quartet who sing beautifully with impeccable diction and near perfect intonation.  The songs range from Perry Como to a hilarious account of Perfidia taking in lots of parodies and arrangements along the way. These four can do gospel, barbershop, patter, calypso and a lot more. The three minute take on the Ed Sullivan show is gloriously silly and funny. We even get Scotland the Brave at one point. And it  will be a long time before I forget the bass richness of Christopher Short singing a spiritual. Let’s hear and see a lot more of him very soon please.

Everything about this show is charismatically rhythmic with some slick dancing. Even when some of them are just clicking their fingers or making percussive accompaniment sounds the timing is excellent. MD, Ian Oakley who provides accompaniment on keys alongside Jess Martin on double bass, has done a fine job.

At a time when many of us are just getting back inside theatres after such a long period of deprivation it’s a real treat to see something as attractive and entertaining as this 80-minute, interval-free show. 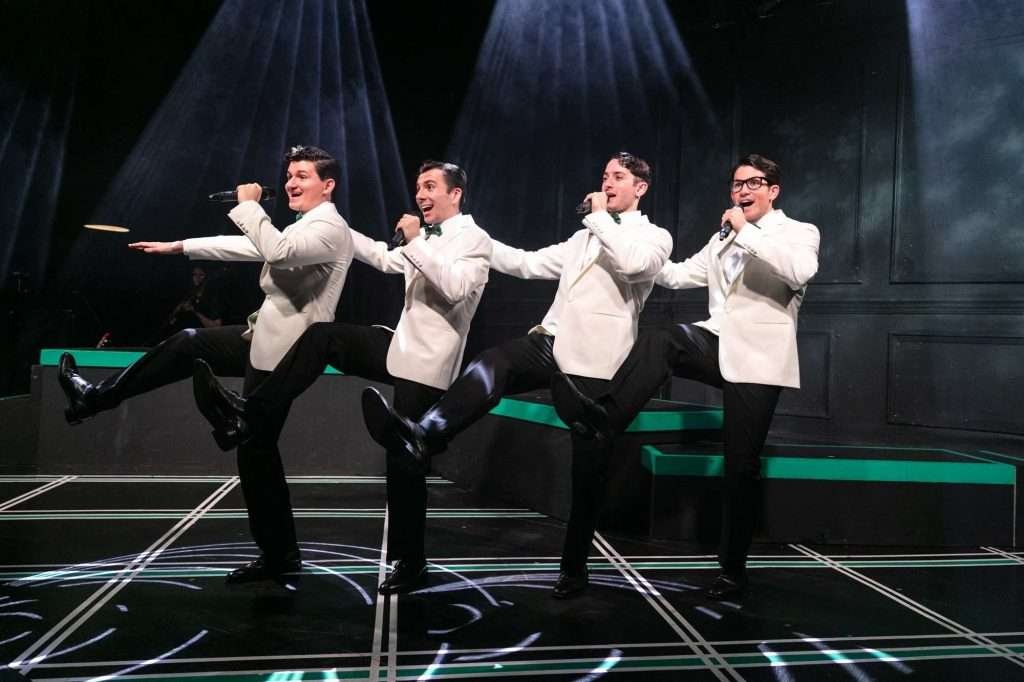