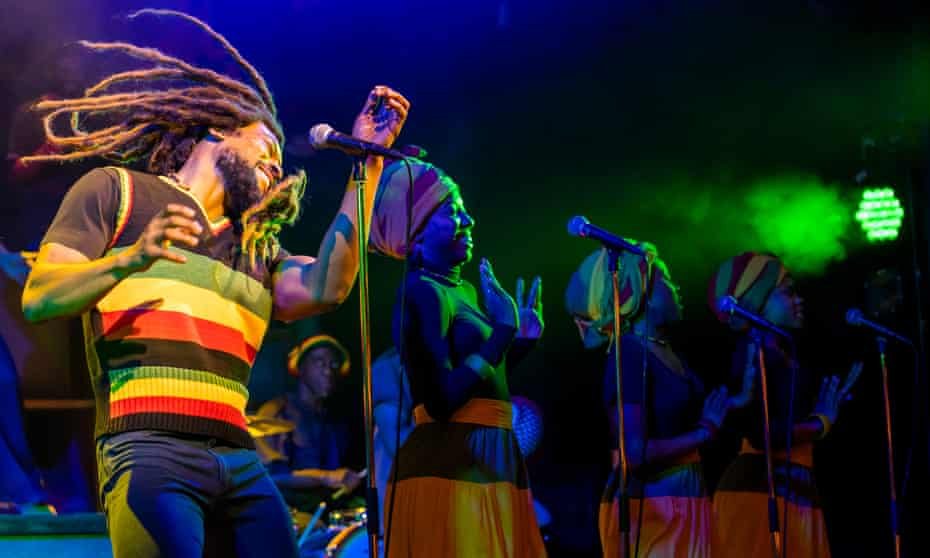 Get Up, Stand Up! The Bob Marley Story

The West End was buzzing tonight as The Bob Marley Story officially opened at the Lyric Theatre. Get Up, Stand Up! stars a very happy (and talented) Arinzé Kene as the Jamaican reggae superstar who died from cancer aged just thirty-six.

That, along with the Lyric’s top-notch sound system, is the good news. The bad news – by way of my own humble prediction – is that the show, while bursting with talent, won’t ultimately last. The reason is simple. It’s probably too niche and the consistent and genuinely authentic Jamaican accent (Rastafarian) used throughout is probably too much for London’s general theatre-going public to concentrate on or understand. There is even a five-minute scene before the show begins when a Rasta DJ addresses the crowd in an attempt to compare the language with going to see Shakespeare. I’m not convinced it works.

Bring the music of Abba, Queen or The Jersey Boys into the mix and you’ve got a long-term hit. Will Bob Marley stand the test of time? Only time will tell!

To loosely compare the singer’s music to the famous Madness musical Our House, the latter only managed to survive in a West End theatre for ten months after opening at the Cambridge Theatre before hitting the road, and that features a ‘London’ plotline! So the writing may already be on the wall for this show. Although, whereas the aforementioned Our House is now popular with non-professional musical companies, I’m not sure the authentic casting of Get Up, Stand Up! will be easy for amateur companies to pull off.

While Arinzé Kene is performing at the Lyric Theatre he is almost guaranteed to wow audiences, as we are whisked at breakneck speed through Marley’s early years as a child partially rejected by his biological parents in favour of being looked after by his aunt. Lee Hall’s book does get a little vague when it comes to the forming of The Wailers and the band’s early success, although Bob Marley, Bunny Wailer and Peter Tosh’s collaboration is covered to a degree.

The detail of when The Wailers visit London and sign to Island Records or when Marley’s co-creators of The Wailers depart leading to the subsequent name change to Bob Marley and the Wailers is annoyingly brief, while the focus of Marley’s political stance together with his fatal cancer which began in the right foot (and was ignored by the singer in favour of working until it was too late) takes prominence in the Hall’s plot-line. 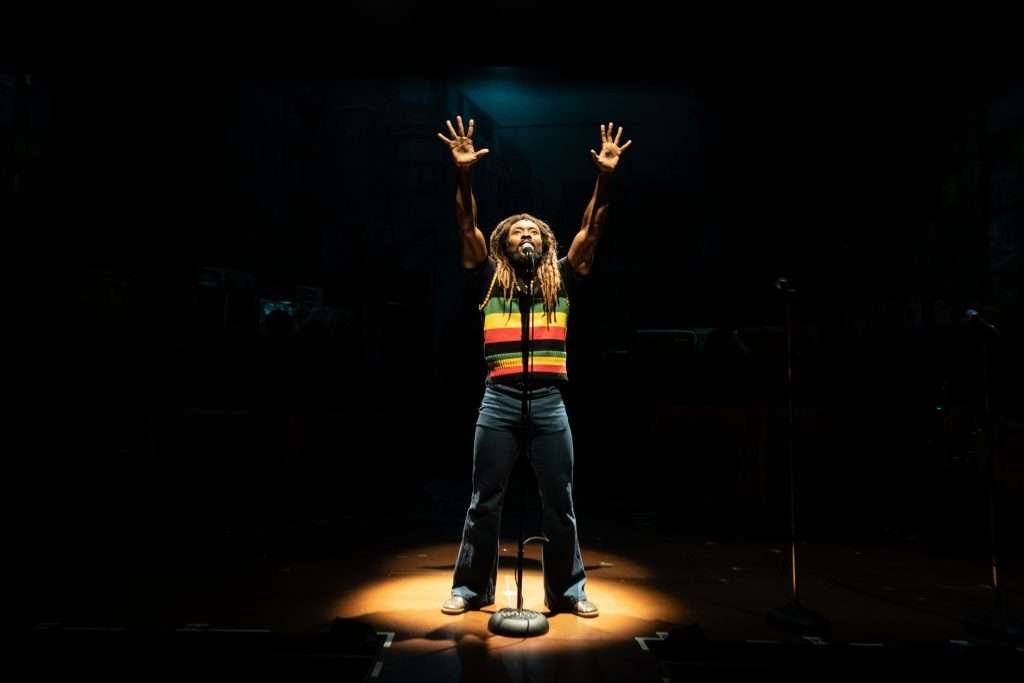 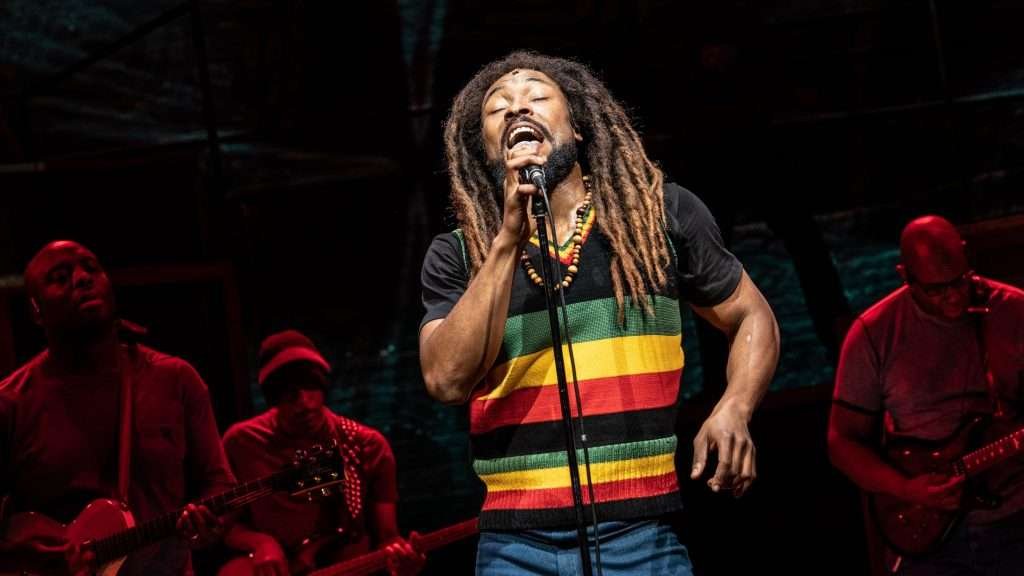 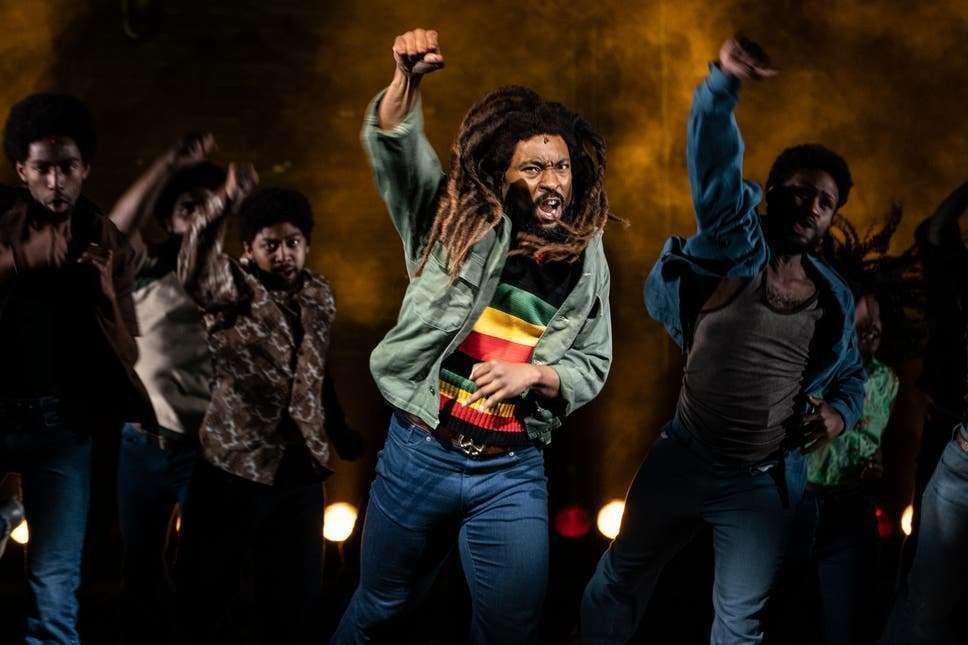