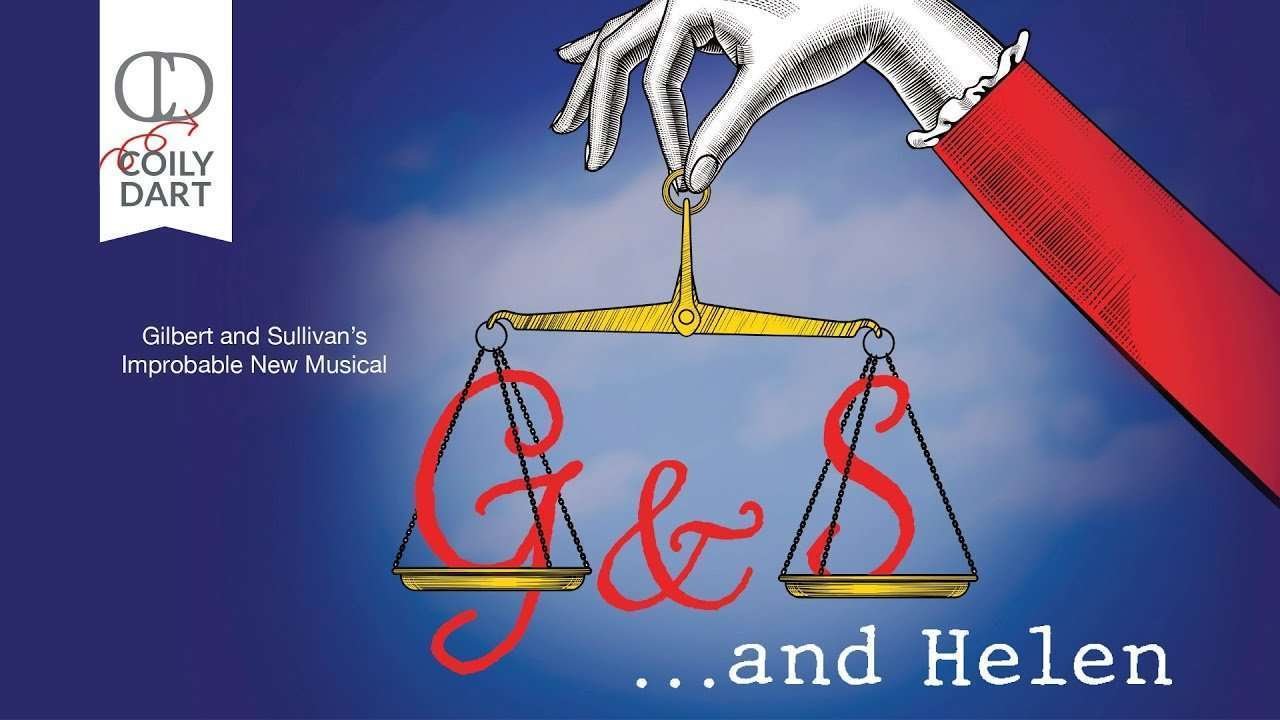 Coily Dart have cornered the market in improbable Gilbert & Sullivan at the Edinburgh Fringe, and I have enjoyed both their previous shows. This year – currently in audio only on Youtube but live on stage when possible – Coily Dart are celebrating a crucial person in the development of the Savoy Operas: Helen Carte. It’s thanks to her that the operas continued after the death of her husband, Richard D’Oyly Carte. By running the Savoy Theatre with aplomb and managing the copyright of the operas with great care, she was able to ensure that the D’Oyly Carte family continued to be the necessary production arm of the Gilbert & Sullivan creative partnership.

It’s appropriate, then, that Coily Dart tell Helen’s story in their latest Improbable G&S show by Susan Ellerby, this time entitled …and Helen. As before, a wide range of Sullivan’s music is used alongside suitably Gilbertian plot devices, with new lyrics of the calibre and wit we have come to expect from this company.

A cast of nine perform with piano accompaniment and are directed by Susan Ellerby and Norman Hockley. Musical Director Vicki Hing has not only made the arrangements and plays throughout, but is also audio editor: a very useful range of abilities in these digital days.  The scene is set with Gilbert and Sullivan playing Scrabble as they decide what to do next, and Helen Carte is busy checking that all is well with the operas already written.

From there the piece takes us swiftly from one location to another, telling the story of Helen mostly through song, together with some deft extra dialogue to compensate for the lack of visuals. Catherine Tuckey’s performance as Helen jumps the audio-only hurdle well and indeed the female actors are particularly effective in this cast. Included in the dialogue are some suitably groan-worthy references to G&S standards, which keen Savoyards will enjoy spotting. There are maybe rather too many Leipzig and I have a song references: two mentions establish the term and the third provides the laugh; after that, irritation sets in. After her short onstage career as Helen Lenoir, her employment by and then marriage to Richard saw Helen find her true vocation as a producer.

Some of the songs are particularly effective, especially where they contribute to the narrative as with the supposed story of Gilbert being swapped as a baby as a result of a lost bracelet. As Helen takes hold of the thorny issue of copyright, she sets off for American (We sail the ocean blue…) to arrange the necessary single performance of Pirates of Penzance to seal the copyright. She even manages to do some helpful research into the aesthetic movement to help the duo write their next opera, Patience.

What with lighting and numbered seats – and even cloakrooms – in the new Savoy Theatre and copyright secured for the operas, Helen is soon a key figure in the development of the company. The tensions between the differing aspirations of Gilbert and Sullivan are nicely portrayed in Sing Hey to You, lyrical wit matched by well-judged length of the songs: always very short. They make their point, allow us to see the connections, and then come to a conclusion. This is true again in Derry Down Derry in which Helen’s planned marriage comes under examination. Meanwhile, Helen manages Sullivan’s preference for Grand Opera by holding out the prospect of a grand opera at the newly-built Palace Theatre. The final section of the piece sees Caroline Sharpe’s Ruth most effectively resolving the more Gilbertian turns of the plot, and even managing to remove the carpet quarrel and its outcomes from the story of the duo (A matter of fact young man).

The famed carpet quarrel makes its appearance in rhyming verse spoken over one of the songs. It is unfortunate that the other lyrics are not always totally clear probably because they lack the necessary dimension added by not being able to see the performers, but needs must and these performers know how to maximise clarity even when working with audio only. Perhaps some still images of the performers in basic costume could be added, to help listeners follow the story? Or even some drawings of the characters and their interactions? A short synopsis on the Youtube page (or a link to one, perhaps with the song titles) would also greatly increase the enjoyment of listeners.

Helen and… really is quite an achievement, especially since the whole production was produced remotely, with no members of the company (also featuring Norman Hockley, Mike Jones, Craig Butterworth, Ian Lee-Bennett, Kate King and Elizabeth Fenner, with Joe Allen) meeting face to face. And it’s available in this good quality audio version for free, so have it playing along next time you are looking for a jolly underscore to your day, and to counterbalance the less exhilarating news to be found elsewhere.