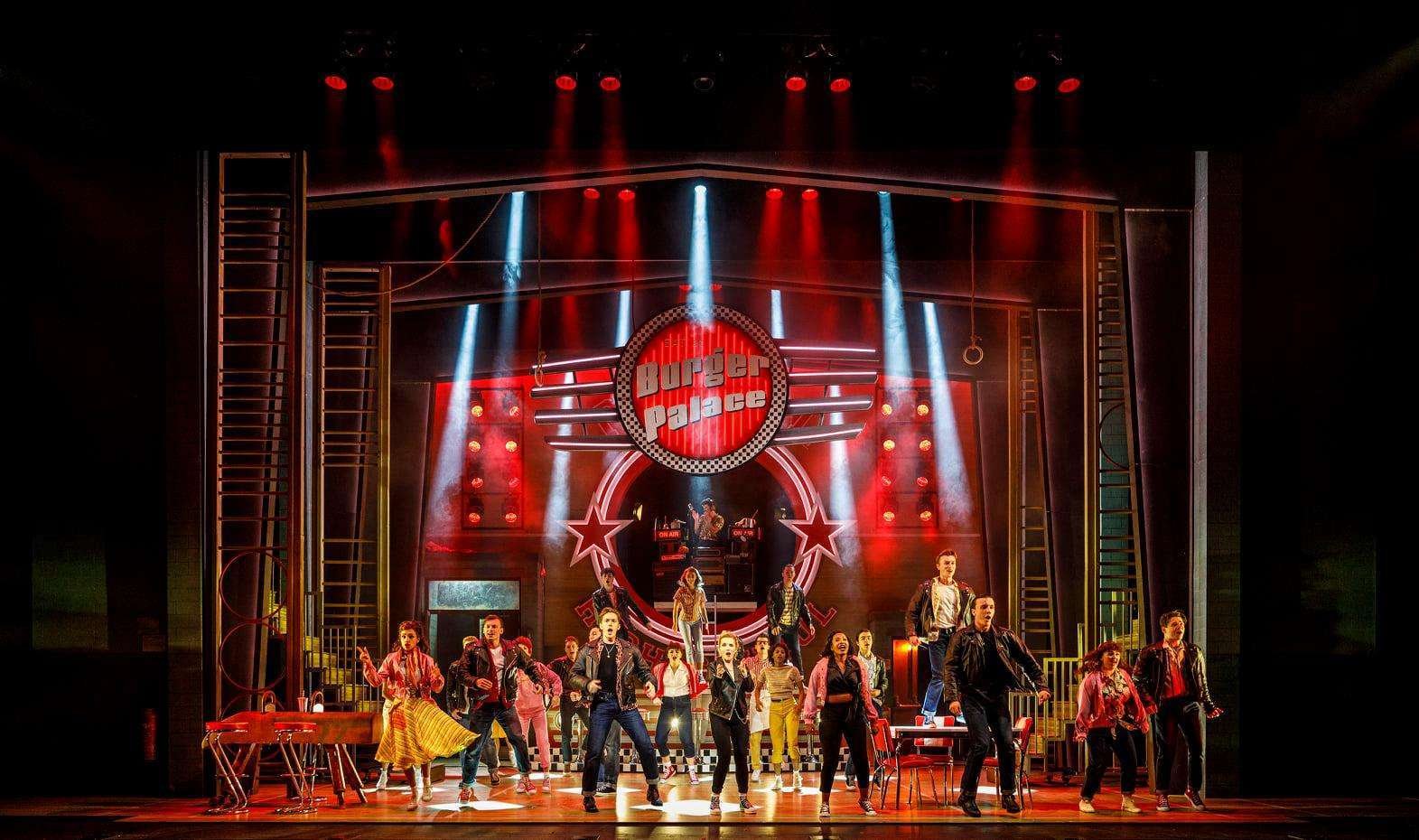 I must have seen the stage show of Grease at least half a dozen times – and that’s not including the 1978 film starring John Travolta and Olivia Newton John …which famously featured a bunch of 30-somethings playing American High School seniors in the 1950s. I was twelve years old in 1978 and Grease absolutely ruled my life back then, to the equivalent of Rollermania around the same time.

Cut to 2021 and there are plenty of my 50-something generation packing out Woking’s New Victoria Theatre, but there are also lots of youngsters in the audience. Whether it’s the vast appeal of Peter Andre I don’t know but he’d better be good! The show is faultless and yes, Peter Andre was indeed very good.

Directed by Curve’s Artistic Director Nikolai Foster and with choreography from Arlene Phillips, this new production – which sprang into life in Leicester back in 2016 – is so refreshing I’m not sure that fans of the film should actually see it for fear of forever defecting. Grease is also not a kids’ musical and features a myriad of ‘adult’ wisecracks and references. However, the modern family nature of the film has meant that much editing has indeed removed most of this – take the song Greased Lightning for example which has since been virtually rewritten to remove it’s sexist and lewd language. This touring musical, which rightly leaves in everything in, comes with a minimum age recommendation of twelve years old; I would say fourteen or fifteen might be more appropriate.

Fans of the iconic movie are always entertainingly surprised when the film’s incidental songs are given a full outing in the stage show… that’s as well as putting them into their proper running order. We Go Together really leads into the interval rather than the show’s finale, but try telling that to somebody who’s watched the film fifty times. And Doody sings Mooning rather than have it play from the burger bar jukebox, and also Those Magic Changes rather than Sha-Na-Na at the High School Dance. Kenickie rightfully sings Greased Lightning instead of Danny (curse that John Travolta). However I was disappointed that It’s Raining on Prom Night was omitted (usually sung as a duet by Jan and Sandy). Oh, and the T-Birds have reverted back to their proper name of the Burger Palace Boys.

Dan Partridge and Georgia Louise make a much better ‘young’ couple of 1950s seniors that their 1978 counterparts and that goes right across the talented and slick cast. However, Partridge does enjoy mimicking Travolta’s walk as Danny. Peter Andre would have arguably stuck out like a sore thumb if he’d been asked to take on any other role than Vince Fontaine, who also morphs into Teen Angel for Frenchy’s dream sequence. Speaking of Peter Andre, what an abundance of stage-presence this guy has! He plays up Vince Fontaine’s camp ego brilliantly and also steps up another subtle gear for Beauty School Dropout. Plaudits to the entire company, including a special mention for Thea Bunting’s adorable Patty Simcox and the brilliant Marianna Neofitou as Frenchy who are both given plenty to do.

Incidentally, it’s a little known fact that the title song of the film, Grease, was actually written by Barry Gibb and given to Frankie Valli despite Jacobs and Casey taking the credits for the show. Such is the popularity of the film the song rarely misses a stage production these days. A couple of other important songs also specially written for the film by John Farrar are You’re the One That I Want and Hopelessly Devoted to You. Try producing Grease without licensing those today and you’ll be strung up. 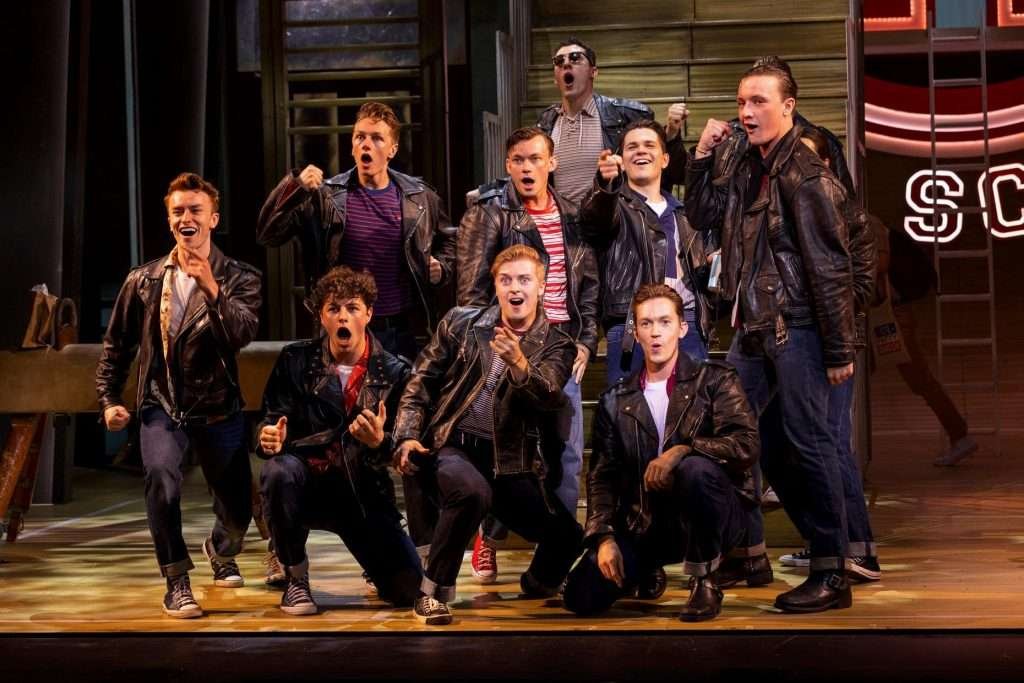 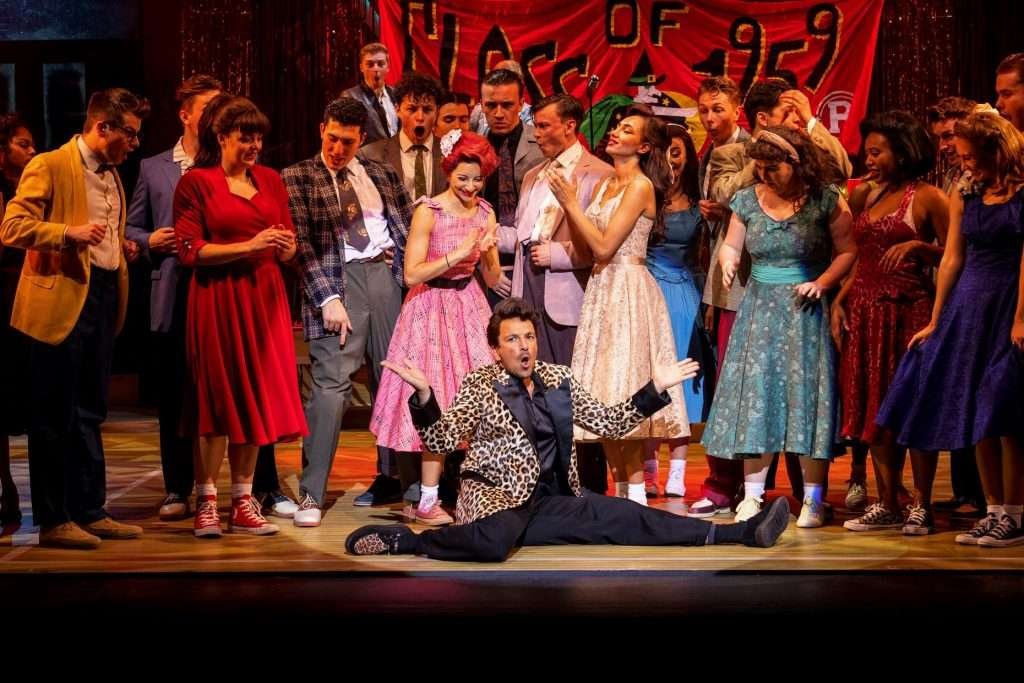 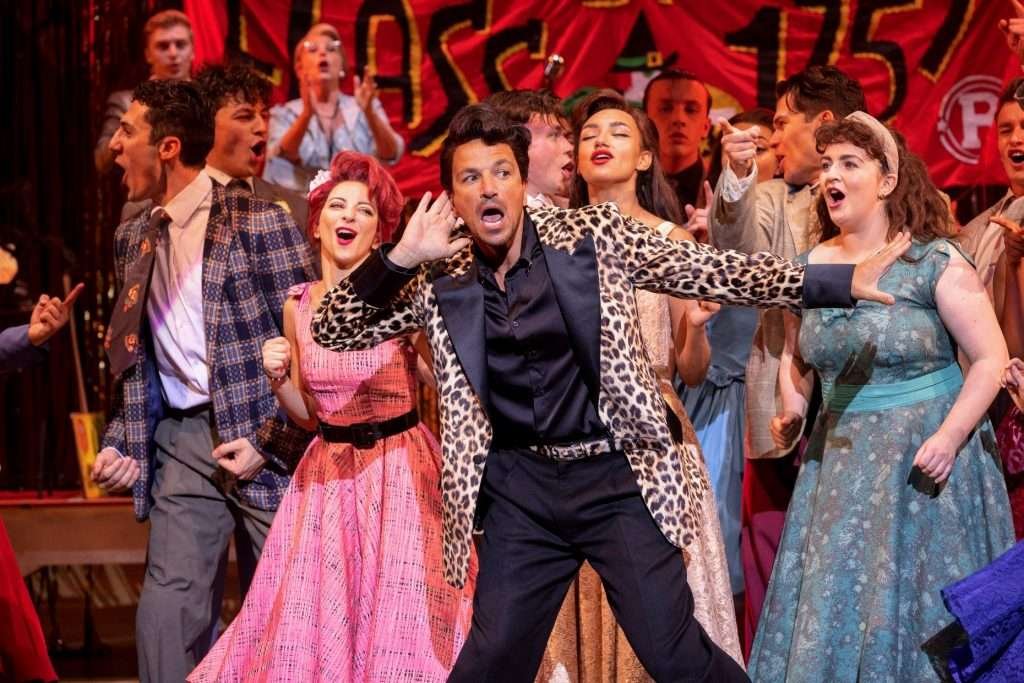