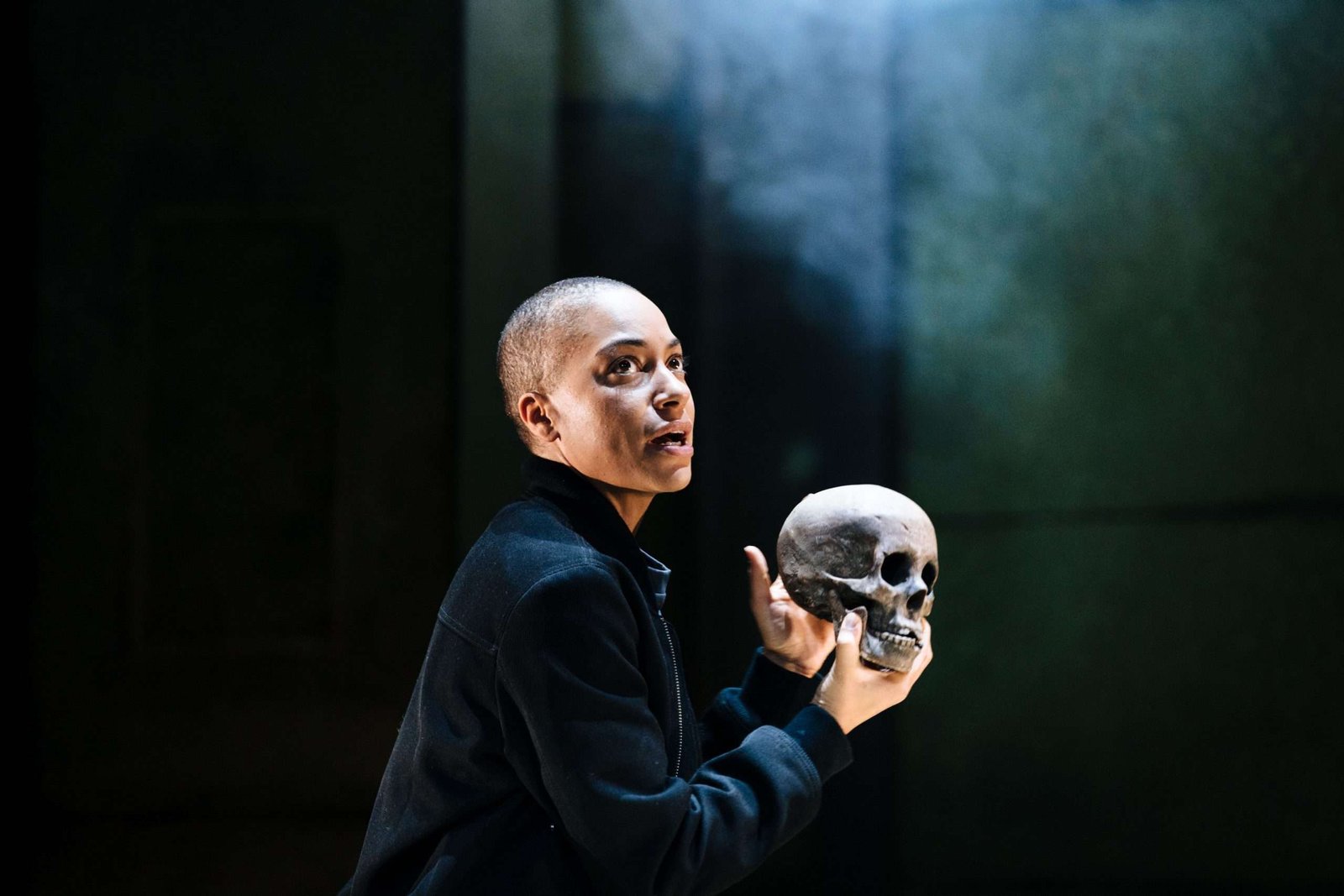 In the programme notes to the Young Vic’s production of Hamlet, Director Greg Hersov writes: “Clarity is very important …. Clarity lies in the actor’s ability to communicate the words to an audience in a theatre.  A live moment, not words to be contemplated in the tranquility of study” and this production certainly does this in spades.  Beautiful delivery of the text leads to younger audience members of wide diversity leaving the auditorium discussing the play with an understanding that can only be credited to the director’s skill in ensuring that each and every word is conveyed in a way that creates a contemporary style, without losing any of the richness and musicality of the language.

The much-hyped part of Hamlet, played by Cush Jumbo, avoids any mournful rage, but switches smoothly between an aggrieved cynicism and intriguing uncertainty.  She creates moments of beautiful poignancy, such as the scene where Ophelia imagines dancing with Hamlet, a teasing fractured dance highlighting the ever-changing nature of their relationship, whilst also using some of the more melancholic lines to create a throwaway humour that has the audience chuckling.

Relationships are clearly developed with the sibling bickering of Laertes and Ophelia; the sly looking at watches as their father begins one of his speeches and yet the genuine heartfelt grief at Polonius’s death; the interesting relationship between a female Guildenstern and male Rosencrantz; the deteriorating Gertrude being physically supported more and more by her deceiving husband.

Performances of note are Norah Lopez Holden’s spirited, feisty Ophelia, making the move to madness almost more poignant, whilst Joseph Marcell’s Polonius is less an irritating old man than a much loved and valued courtier.

However, although other performances generally are worthy, most do not match the vibrancy of Jumbo.  This is perhaps made more evident by the staging.  Three blocks of gauze which are used for projections of ghosts, fireworks and castle battlements take up half the stage.  This leaves the cast with a much smaller space to work in, consequently many of the scenes have characters standing around idly, uncomfortably out of place.  This was particularly evident in the opening scene with Claudius courtiers and the arrival of the players, who rather than appearing as a vibrant, dynamic group of entertainers stood around like a bunch of spare parts.

The modernising of Shakespeare is fashionable and works – machine gun toting guards, mobile phones and Mastercards are all acceptable props alongside costumes that clearly set the play in the here and now. However, chewing gum and vaping, although part of modern culture are a distraction on a stage when the focus should be elsewhere.

Apart from the luminous performance by Cush Jumbo this production will not set the world on fire, but its clear delivery and thoughtfully directed moments of tenderness and humour make it a production that is polished and well-worth seeing – which is a shame as the entire run is already sold out!