Think about your own high school experience and you instantly start to sweat, right? The teenage dramas, the cliques, and of course – the awkward romances. Heathers is your typical American high-school movie, but much more explosive. Literally.

It’s clear from the moment you enter the auditorium that the show already has a huge following, with audience members donned in blue blazers and scrunchies. It was downright magical to be back in a West End theatre at full capacity, and the atmosphere was electric.

From the very opening of the show, every vocal performance was magnetic, with the audience hanging on to every word. Christina Bennington, who took the lead as gawky wannabe Veronica Sawyer, blew the roof off with her larger than life vocals, particularly in I Say No and Dead Girl Walking. She created an instant connection with us, reminding us that as teenagers, we just wanted to fit in. She delivered some great comedy moments with her facial expressions alone, as well as taking us on Veronica’s journey from a nobody, to a Heather, to struggling with her moral compass.

Jordan Luke Gage went from the bad boy outsider our mothers hoped and prayed we’d never bring home, to the homicidal maniac we hoped and prayed we’d never bring home, as JD. His character development was excellent, showing a little bit more vulnerability, adrenaline, and madness with every scene. Together they created a powerful connection, far too reminiscent of the intensity of your first love.

True to her name, Jodie Steele stole the show every time she entered the stage as your typical Queen Bee, Heather Chandler. She gave the role so many more layers than was probably ever intended. She was every bit the ice queen you would expect, but you were absolutely on her side, even though you didn’t want to be. She delivered some of the best comedy moments, playing on her instant rapport with the audience.

The entire ensemble did a sterling job of keeping the energy sky-high. It was crystal clear that every single cast member was having a blast, especially the “grown-ups”, Lauren Ward, Simon Bailey, and Steven Serlin, who played multiple roles and absolutely nailed every one.

There is a subtle contrast between the high energy, typical musical style numbers and comedy moments, and the serious undertone of the overarching theme – mental health. You could be forgiven for not realising that the whole story centres around teenage suicide, and uncomfortably refers to the whole ‘school shooter’ scenario that has sadly become too familiar in this day and age, despite the show being set in 1989.

One of my favourite moments of the entire show came at the very end. Every single member of the cast, including the ensemble, had a singular bow. I’ve not been to a show where this happened before, and it absolutely should at every show going forwards.

A stellar return to the West End, you should go and see Heathers simply to get lost in a group of young performers doing what they do best, and loving every second of it. As the Heathers would say, “honey, whatcha waiting for?” 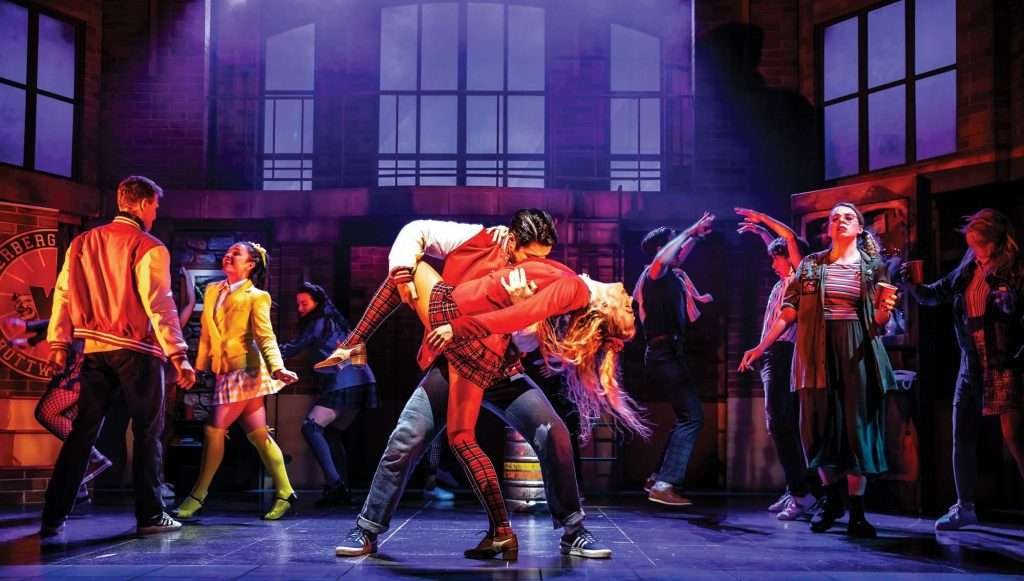 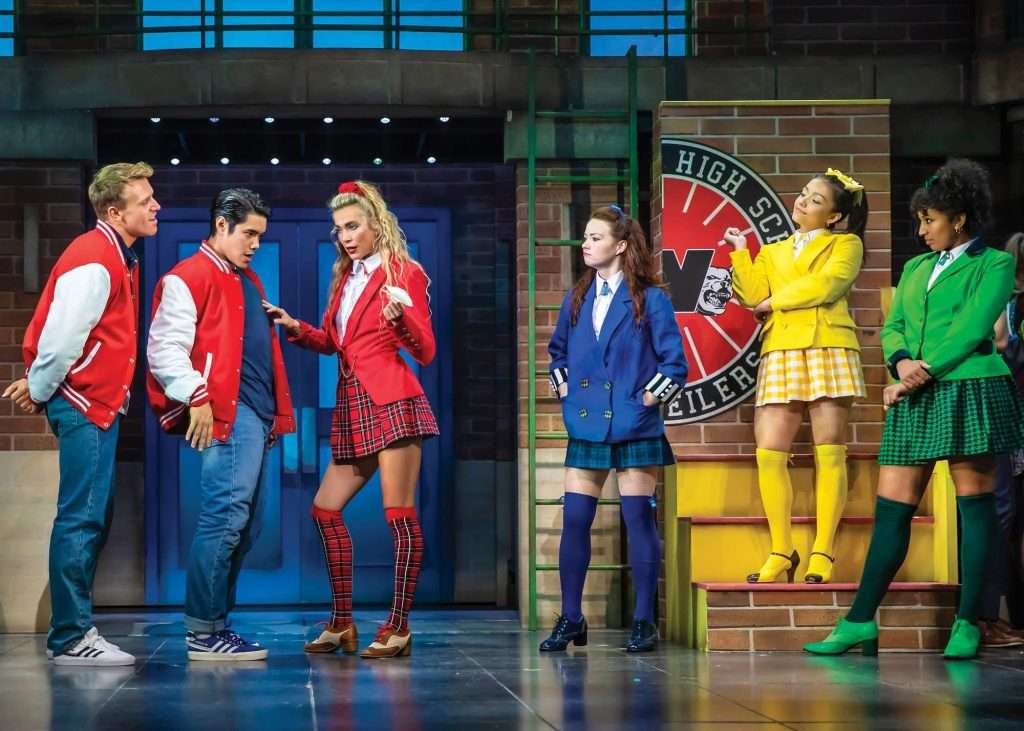 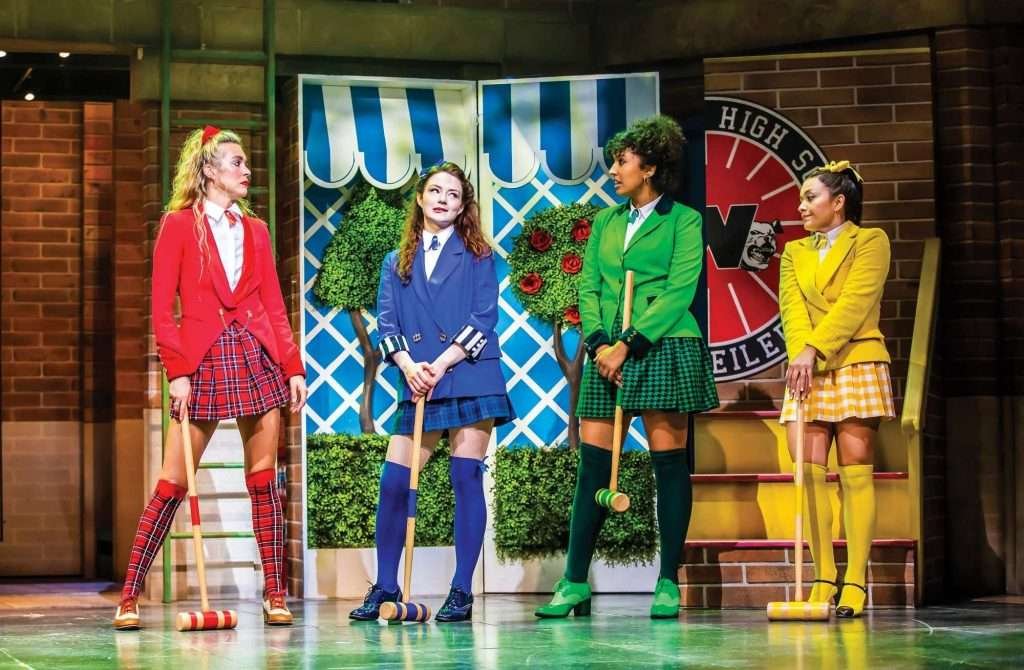 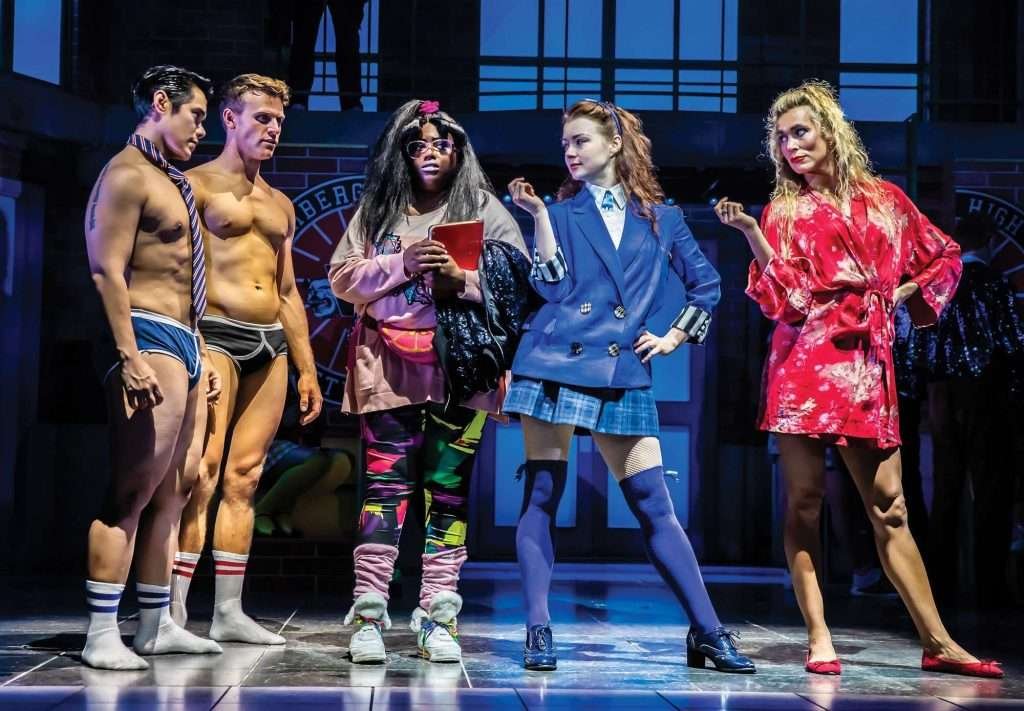 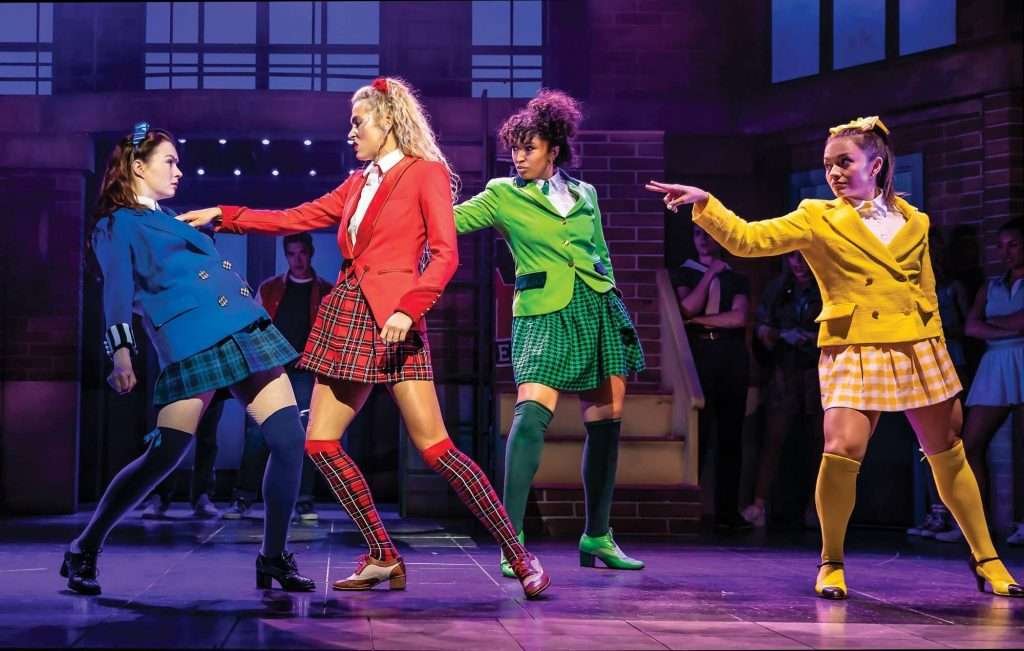