Theatre can be a little unpredictable at the moment, and that was certainly the case for leading new circus company Lost in Translation as they prepared to present Hotel Paradiso at the Rose Theatre, Kingston. With only a day to go before the performances, two members of the company were required to self-isolate. Luckily, Hotel Paradiso is not a new piece and exists in a number of different forms which have been developed during its successful exposure at the Edinburgh Fringe and elsewhere.

At the Rose, then, it was the cabaret version of the show (lasting just under an hour) that was presented by the remaining company members. The last-minute changes had little effect as far as the audience was concerned. The motley crew of grandparents, toddlers, family groups and the odd singleton (like your reviewer) greatly enjoyed the performance. It helped that we also felt totally safe in our isolated bubbles around the theatre with the intervening seats blocked off with some very superior Rose-specific sashes – quite the most attractive version of this necessary seat marking I have seen to date.

The show is set in a hotel where the concierge – Serge, of course – welcomes us and introduces the guests, including the wicked banker who has threatened to repossess the hotel. That’s about it as far as the story is concerned (at least in this cabaret version), but it doesn’t really matter as it serves to tie the various acts into a loose narrative held together by a warm and engaging performance from the actor playing Serge.

Serge, it turns out, is not just a concierge but a magician and a very good one too. It was somewhat paradoxical that what I was expecting to be an afternoon of new circus was actually rather more of a magic show interspersed by circus acts, but this was no bad thing as it was Serge who built up the rapport with the audience that soon had them in the palm of his hand. His ability to control the volume and location of applause from the audience brought to mind some of the great circus clowns who used to make a feature of this, and he also has the ability to speak directly to all ages, including some ironic asides for the older people present which landed well.

His magic was well thought-through and made great use of the audience – in a socially-distanced and Covid-compliant way of course. The hotel guests he introduced were three different aerial acts and a hand balancer, all fine performers but perhaps there would have been more variety if there had been some juggling or performing duos: but perhaps that would have been the case without the sudden need for some members of the company to self-isolate.

The hard-working cast of 5 are all to be congratulated, but it was the ever-present Serge who made the whole performance so successful and helped to present all the performers at their best. Let’s hope the full company will soon be back together so that Lost in Translation can once again perform in strength. 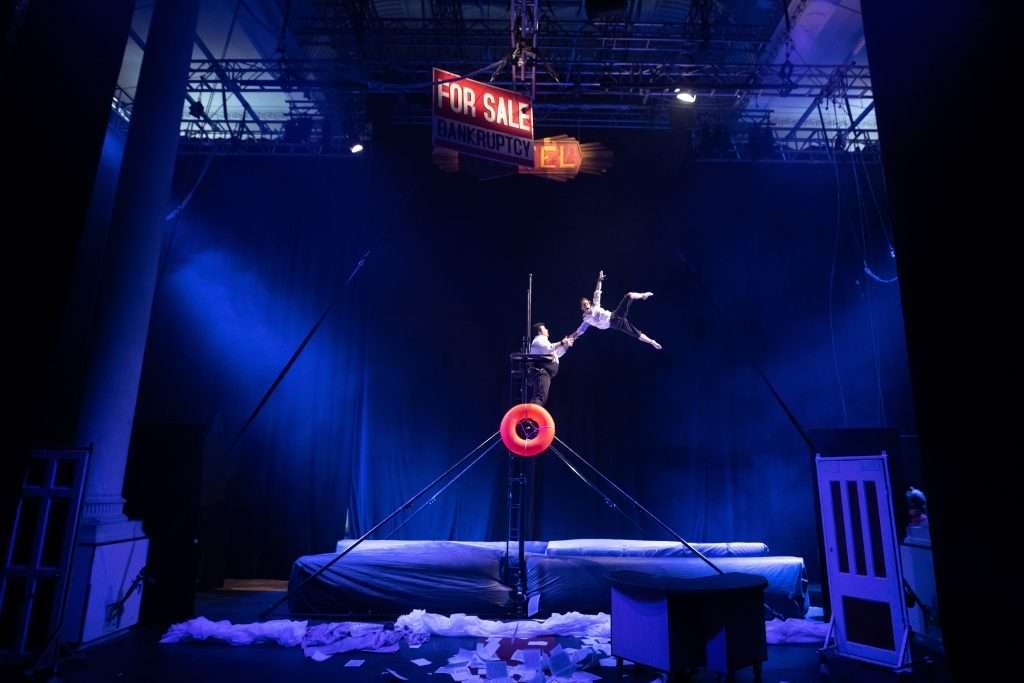 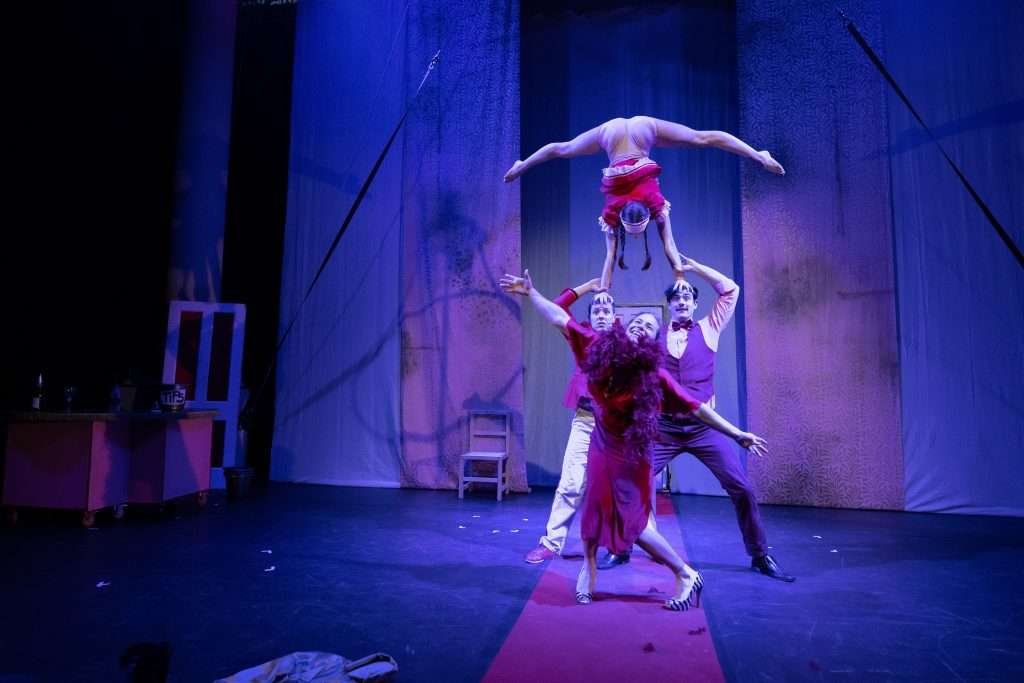 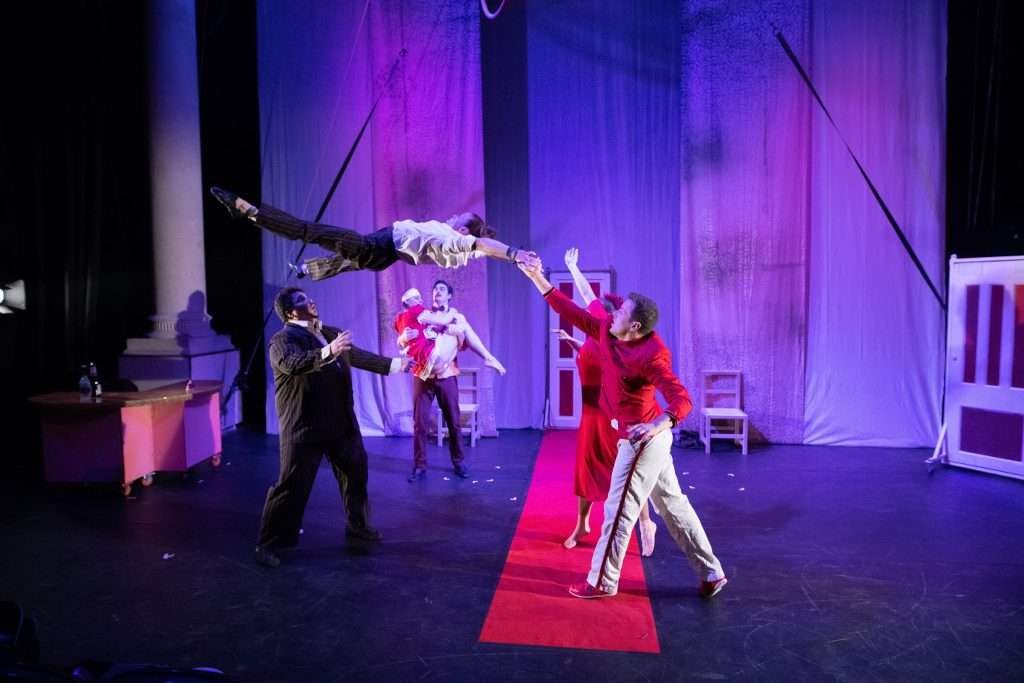 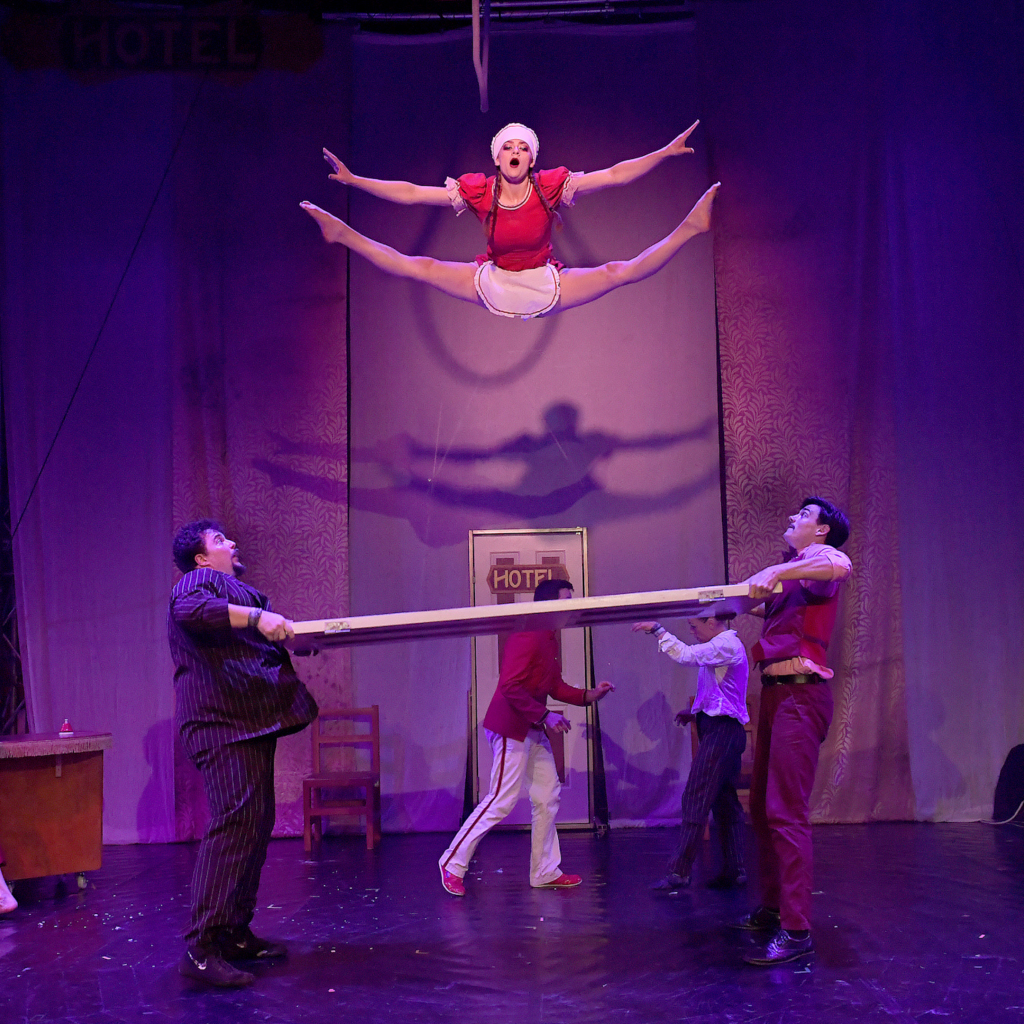 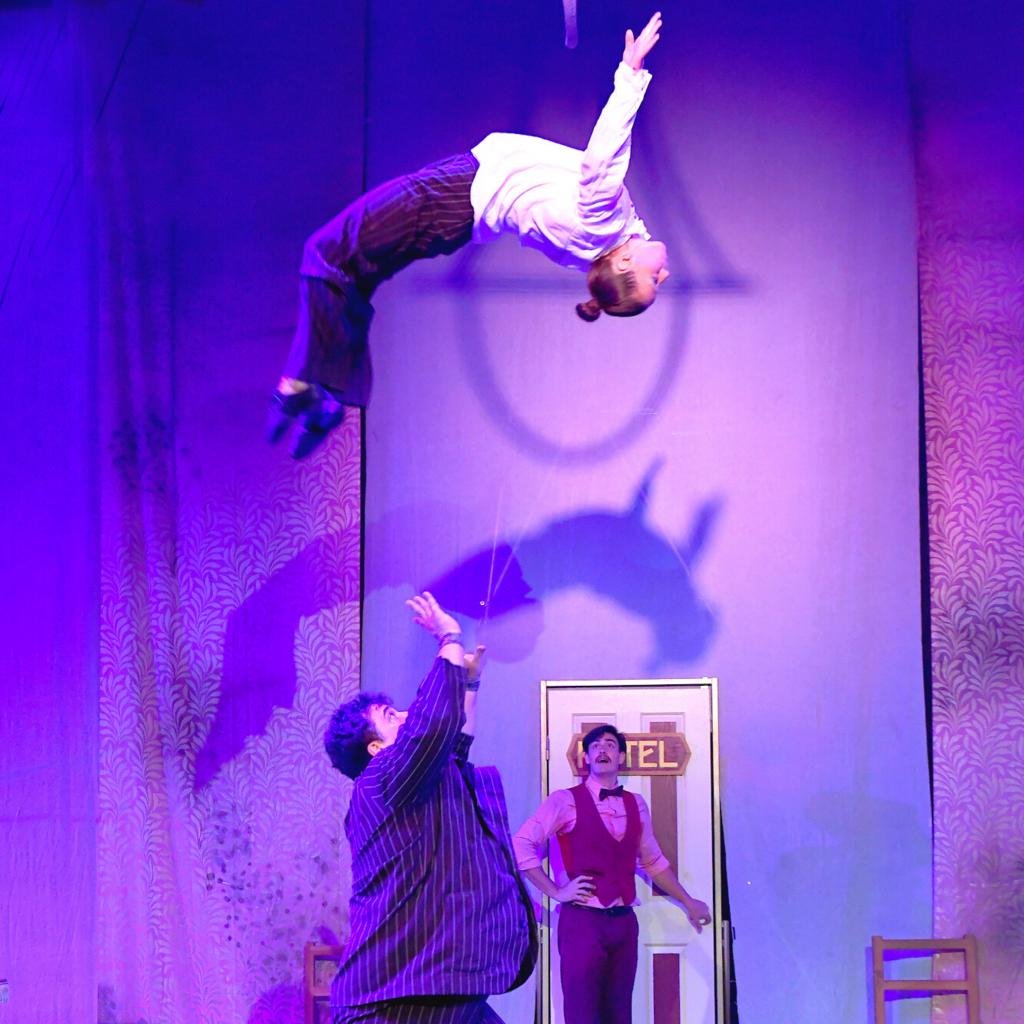 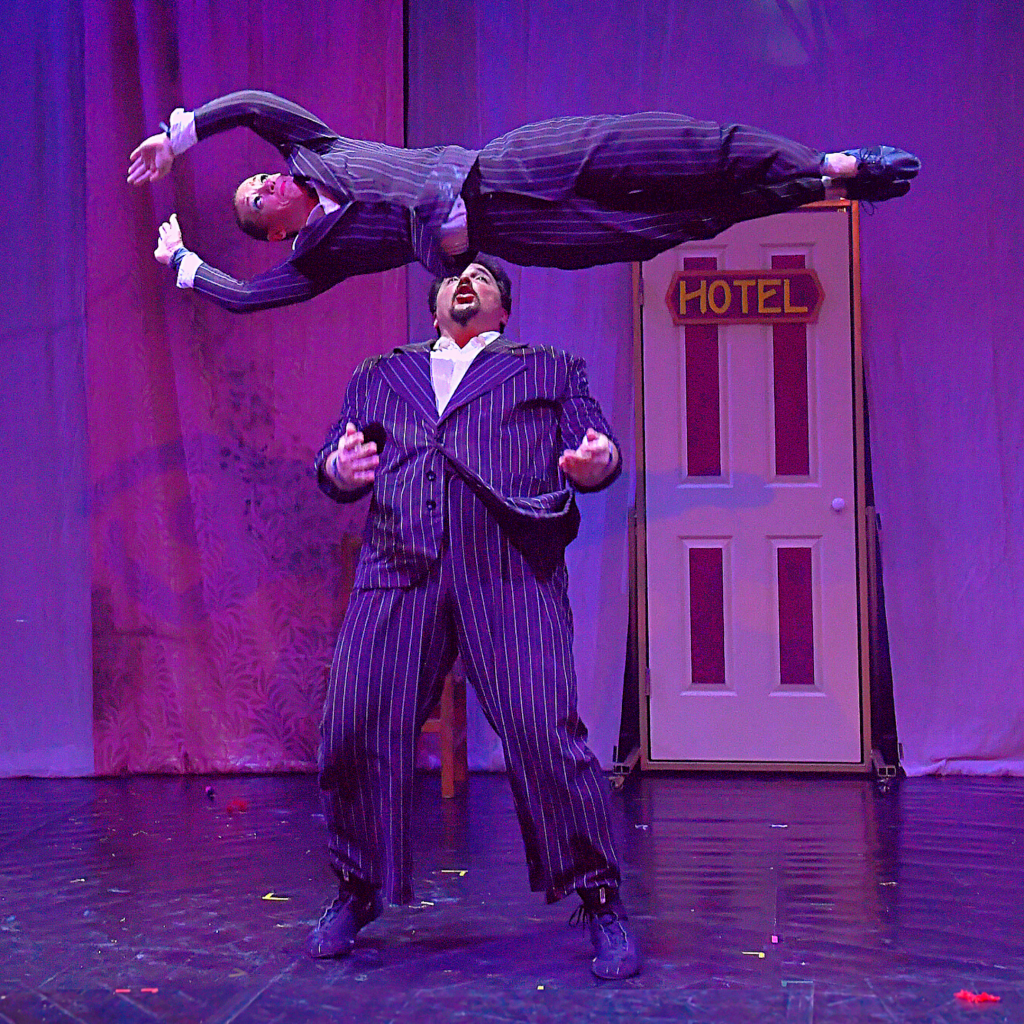