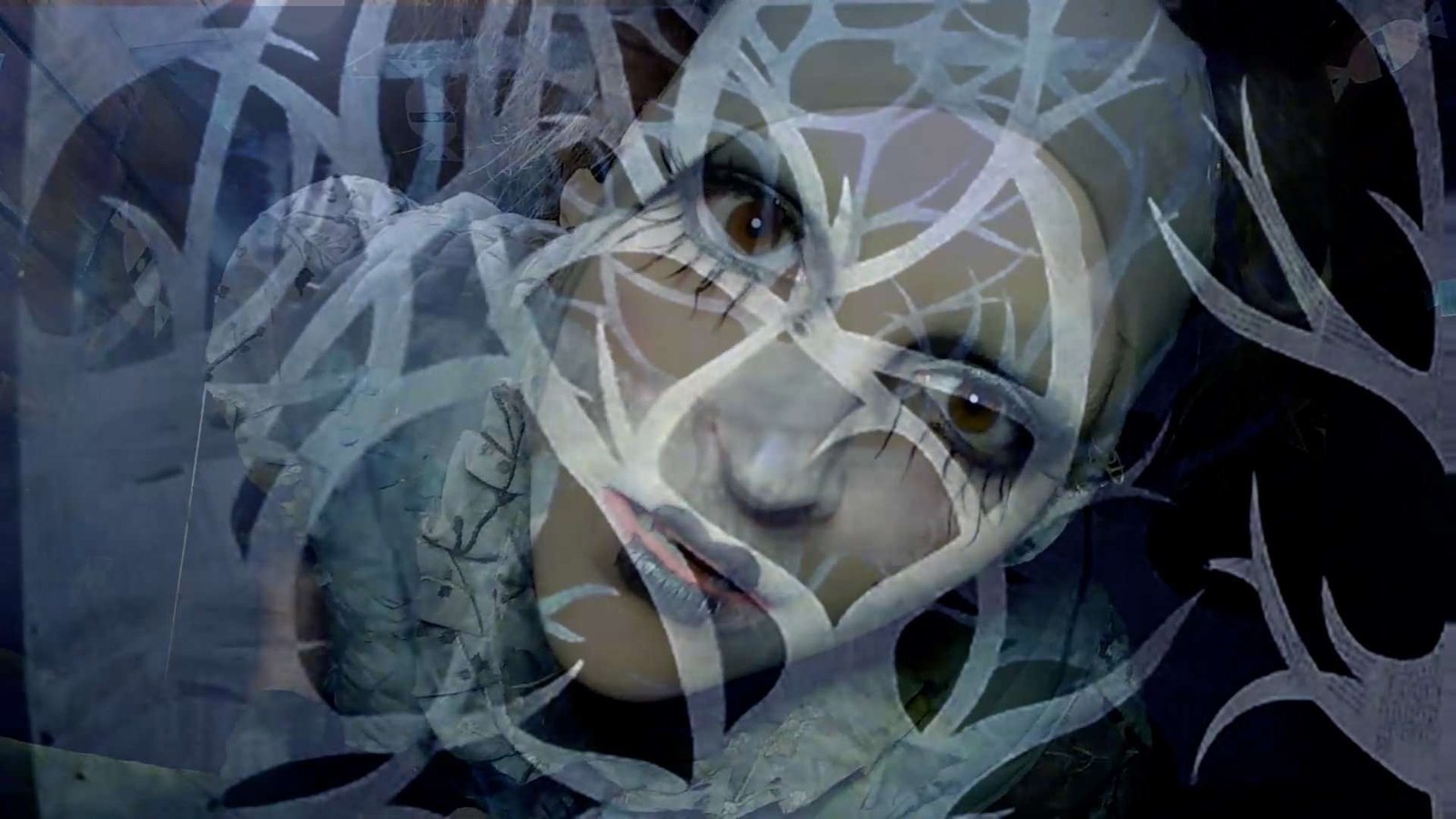 Creations Theatre have much to celebrate, their ground-breaking production of ‘Wonderland in Alice – a Virtual Theme Park’ recently won them an ONCOMM Award.  Their ability to make live theatre which is both innovative and engaging continues apace. Following on from the success of ‘The Wonderful Wizard of Oz’ comes another sure-fire winner, Grimm Tales For Fragile Times And Broken People. It is the first in a series of productions by its new online repertory company.

There is so much to enjoy and praise about this production. I like the opening sequence which suggests that we are all on a journey. The toy train set complete with model figures of people standing on the station platform, reminds us of our childhood and happy days spent playing with train sets. The station platform sign that says Grimsby also serves as a reminder that these are macabre Grimm tales and are, as such, at odds with the ‘happy ever after’ childhood fairy tales that we know and love.

I’m all for a bit of atmospheric setting and didn’t hesitate when the audience were encouraged to turn off their lights and light a candle. Sitting in darkness in my garden room bereft of light, save for a candle and the light from my laptop, proved quite atmospheric. I even wore a daisy garland headdress for an enchanted woodland sprite feel. Viewing by candlelight is eerie yet fascinating in equal measure, drawing the audience into the Grimm world of scary woods, distorted shadows and creepy characters.

The show begins with the story of the Juniper tree which starts innocuously enough – a happy couple who long for a child. I remember it as a horrid tale of a stepmother possessed by evil, a cannibalistic dinner, and a beautiful singing bird. Thankfully, the theme of cannibalism was dealt with sensitively, as ‘meat substitute’ was chopped and cooked in a pan. The impact was still powerful. The setting for this story was fashioned from paper trees and the origami bird expertly made. When told ‘she dropped her babby on the grass’, Graeme Rose rips paper up, emphasising the fragility of life. Rose’s telling of the Juniper Tree was beautifully done. The endearing use of the word ‘babby’ adding poignancy to the narrative. The harmonica playing as the paper bird flew was an inspired touch.

The different stories weave in and out of each other so well, like different pathways that criss-cross  in a forest. The moon and light a recurrent theme throughout. Whilst the apple chest in the Juniper Tree is also used to great effect in Hansel and Gretel as the fiery oven, the horrific actions of shutting a frightened child in a dark box or shoving them into a furnace are left to our imagination. Annabel Terry gives a lovely performance, depicting the witch and Gretel. No cackling witch she, as sometimes hidden behind a net curtain, or one eye espied through a knothole in the door, emanates a silent yet unsettling presence. The witch’s cottage is claustrophobic, reminiscent of the confines of modern day lockdown, and Terry conveys this throughout.

As the stories of love and death unfold, that of Rumplestiltskin affected me the most. This modern-day retelling has no happy beginning, middle or ending. It is a tale of an arranged marriage, imprisonment and restriction of liberties. The Miller’s daughter is a woman whose life and body are at the control of the men around her. Once we are informed that “the King was already texting well-beautiful women”, any ray of hope we have for the Millers daughter is extinguished. That the King threatens to kill her yet ‘rewards’ her constantly by showing her the wallpaper on the ceiling (that’s a new euphemism on me) is disquieting. But this is a powerfully told tale – and Natasha Rickman does a superb job whilst manipulating the grotesque looking wooden spoonish puppets that represent the Millers daughter and Rumplestiltskin. The occasional profanities, references to Waitrose, a Ferrari and Boris make the production relatable to the twenty first century. The humour in this story is succinct but doesn’t detract from the power of the piece.

Kofi Dennis, in the story of The Moon, focusses on defining family and love, both harsh and unconditional. His torment and anguish are palpable and highlighted effectively as the full moon shines on his face. The childlike tune he sings over and again, ‘I see the moon and the moon sees me. God bless the moon and God bless me’ hint at a fractured and broken person on the peripheries of society. Godfather Death is about a physician who would do anything to protect his family, trying to cheat death. Dharmesh Patel, gangster-like flicking a lighter on and off is a strong image. The flame a reminder that life can be snuffed out so easily.

Directed by Gari Jones, Grimm Tales For Fragile Times And Broken People is an inspired piece of theatre. The storytelling is compelling and imagery creepy. Oral storytelling is a traditional art form and Creation Theatre continue that tradition superbly. They incorporate the folklore and folk poetry that inspired Jacob and Wilhelm Grimm to write their macabre stories back in the early 19th Century. The various pieces of music and repetitive use of rhyme also add to the overall power of this production.

With each actor isolated at home with a mini theatre as their stage, Ryan Dawson Laight’s set and costume designs creatively capture the magical, ethereal world that the Brothers Grimm wrote about. Thanks to the artistry of those involved in creating the convincing imagery, something as innocuous as a net curtain becomes altogether sinister. Costumes and makeup are a mixture of weird and wonderful.

Grimm Tales For Fragile Times And Broken People will take you on a macabre journey, just don’t expect the usual fairy tale happy ever after ending. It is quite timely that this production coincides with National Tell A Fairy Tale Day on 26 February. 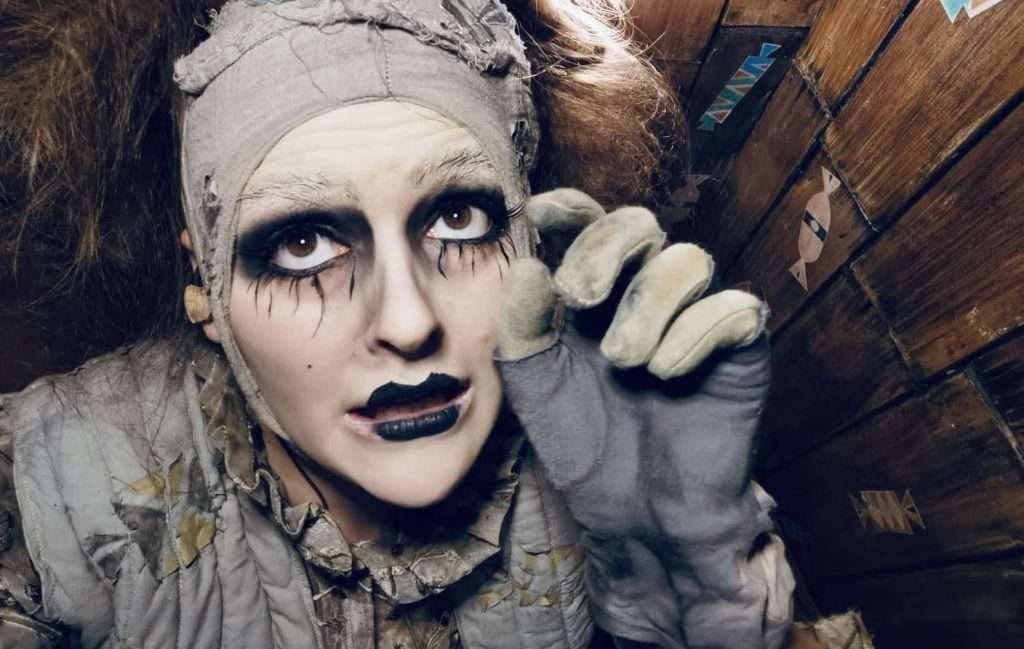 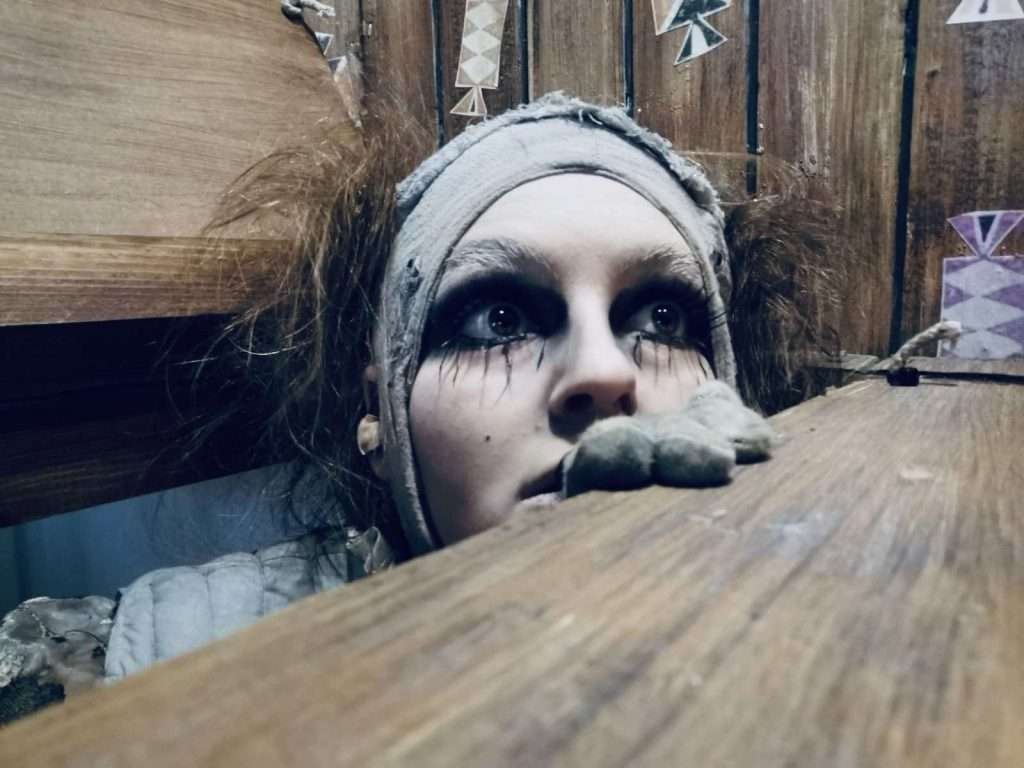 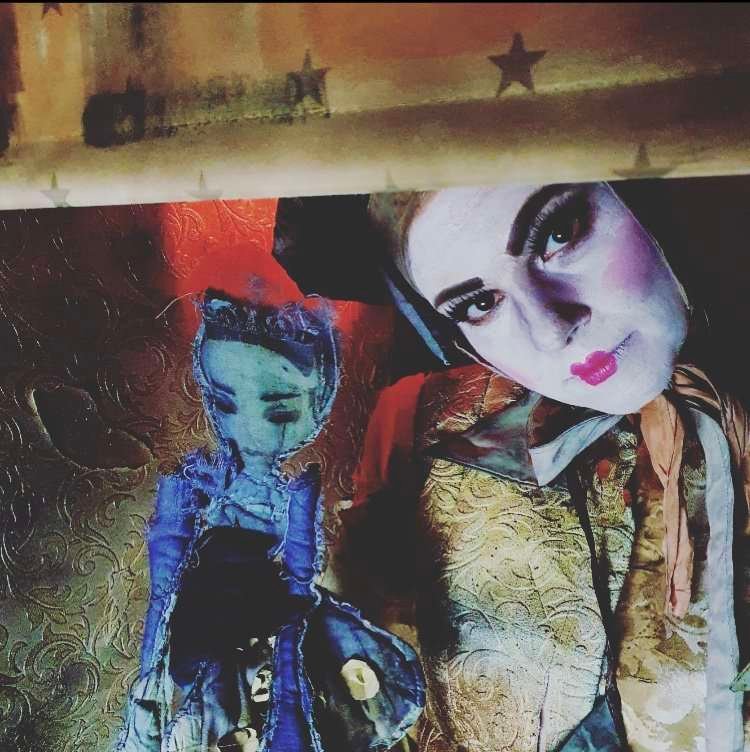 Suitable for ages 12+. This production involves themes of death which may be upsetting to some audience members.