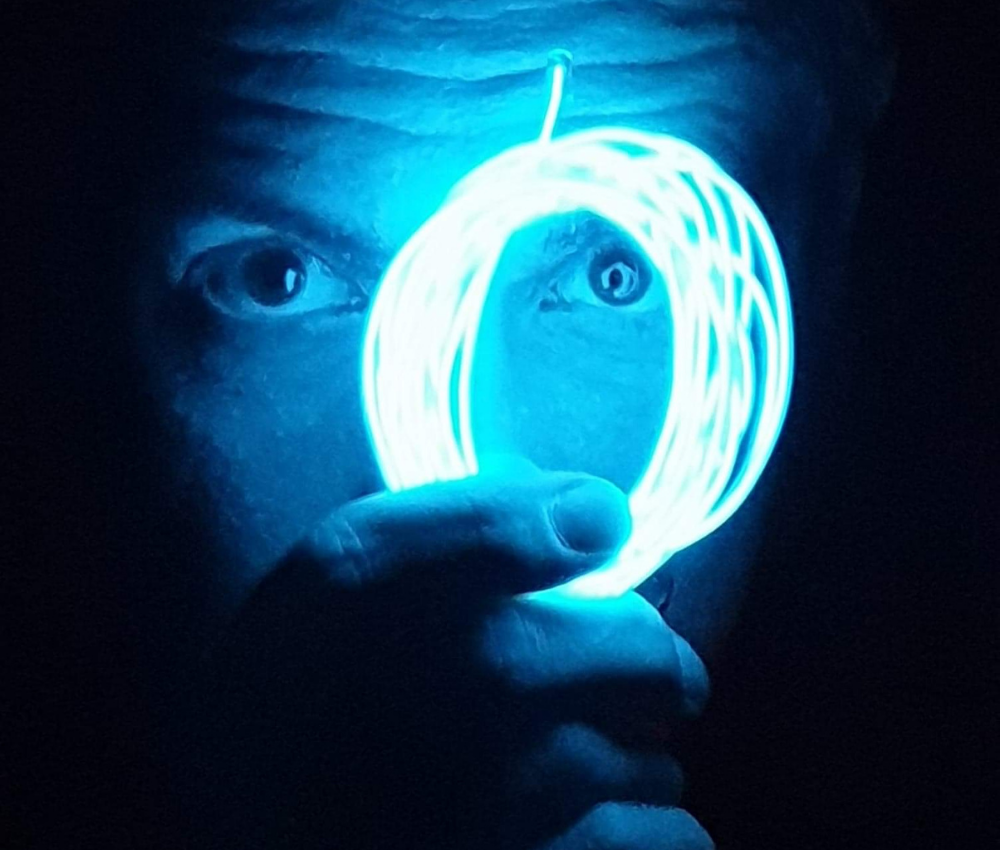 This poignant, powerful, intelligent piece sits very well in the intimacy of the newly refurbished Bridge House Theatre in Penge. I found myself chatting to the director, Sarah-Louise Young, in the parallel intimacy of the bar beforehand – although about theatre in general, rather than about the play – so the whole experience had a warmly familial feel.

Not that Jarman is in any sense a cosy play. The anguish, joy, anger and creativity of the titular artist and film maker is agonisingly caught by Mark Farelly – a fine actor (and the playwright) who seems to be making something of a speciality of plays about famous, troubled gay men. In the last year or so I have also seen him in Howerd’s End and Quentin Crisp: Naked Hope, both of which he wrote himself. Jarman, an 80-minute monologue is a more physical piece and, arguably, much more tragic as we trace Jarman through the appalling ravages of aids when he becomes “a refugee in my own body” facing not only the illness but the devastating judgements of others, including bishops.

We see Jarman in his famous garden, the details of which – an artist through and through – he describes with intense sensuality. We hear the horrors of his boarding school childhood, follow him through art school and into film making. We also enjoy the irony of his first job designing Don Giovanni for John Gielgud with all its emphasis on the hell and damnation which Jarman had long been threatened with. Eventually comes the Aids diagnosis and the bleak joy of settling to a life of celibacy with a young man who became his carer. “For the first time in my life I was in love” he says, telling the audience that he’d always been able to throw away ex-lovers like tangerine peel.

Mark Farelly’s performance is electric. He breathes his words, moves like rubber and has a knack of making his eyes glitter. Jarman is definitely in the room and at the end when he leaves the stage, the lights go up and Farrelly appears as himself you feel bereaved.

Also noteworthy is the poetic power of the text of this play. Farrelly weaves in quotations from John Donne and Shakespeare among others and every line he writes is driven by a very distinctive rhythm – often rooted in things Jarman said and wrote. It’s well researched work.

And, this is simple low budget theatre. It’s all achieved with a roll of brown paper, a sheet, a chair and a torch. With acting and writing of this calibre you don’t need “production values”.