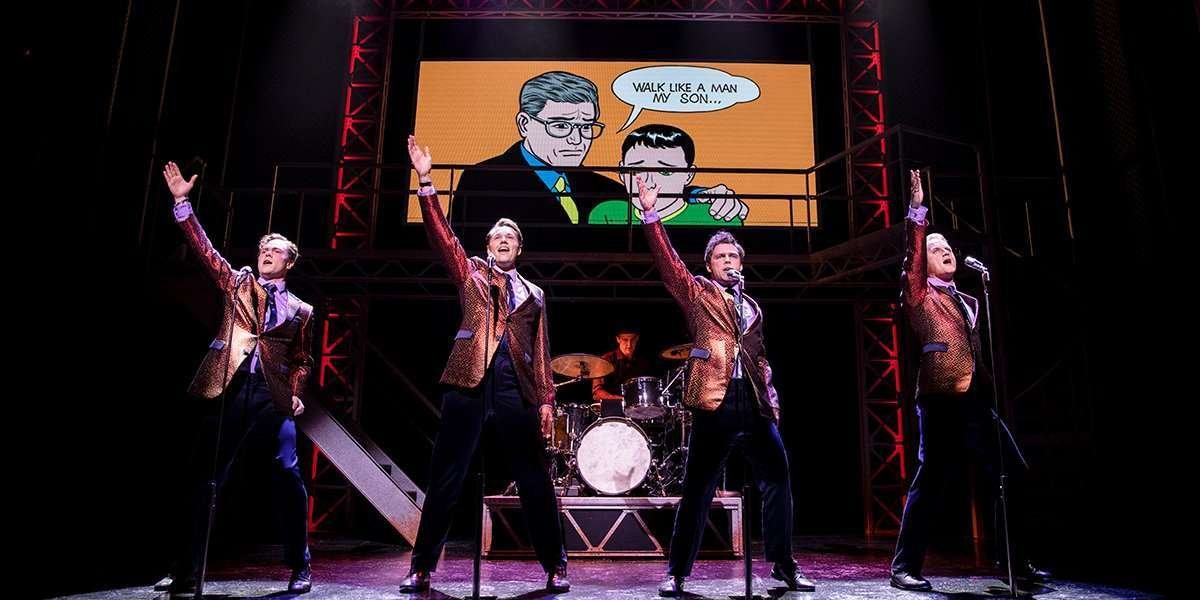 Credits: By Marshall Brickman and Rick Elice, with music by Bob Gaudio and lyrics by Bob Crewe. Produced in London by the Dodgers and Trafalgar Theatre Productions Ltd

I know it sounds cheesy, but I honestly couldn’t fault this show tonight. If ever a musical belongs in London’s West End then surely Jersey Boys fits the bill perfectly. And what a venue to open in – the shiney Art Deco refurbished Trafagar Theatre in Whitehall. No wonder it’s won so many awards.

Apart from the music, which forms the backdrop to a whole generation of theatregoers, Rick Elice’s pacey book opens one’s eyes to the remarkable true story behind Frankie Valli and the Four Seasons and their rise to the Rock n Roll Hall of Fame. I mean, who new that Joe Pesci (yes, the actor) was so heavily involved during the group’s early days?! …and that’s just for starters.

What does become evident is the important role that each member of the group brought to the overall success of the quartet: Frankie Valli, Bob Gaudio, Nick Massi and Tommy De Vito.

Production-wise, under Des McAnuff’s assured direction, the show is as slick as it can be… and contains a surprising amount of dramatic acting for a musical. The seventeen-strong cast of actor-musicians (including the Four Seasons themselves) are all at the top of their game and blend to make a perfect sound, arguably climaxing in Can’t Take My Eyes Off You and the number’s famous brass section.

There are a ridiculous number of songs and incidental tunes to squeeze in, but squeeze them in they do. Hence the rightful shortening of most songs. People only need to hear a couple of verses and choruses of familiar tunes. (Although the aforementioned Can’t Take My Eyes Off You is sung in its entirety, and was fully appreciated by the packed press night audience.) Other numbers include: Beggin’, Sherry, Walk Like A Man, Big Girls Don’t Cry, Let’s Hang On (To What We’ve Got), Bye Bye Baby, Working My Way Back to You, Rag Doll and Who Loves You – to literally name the most famous ones only.

Interestingly, it’s getting easier to sit shoulder to shoulder with unmasked fellow audience members as 100% capacity audiences return in earnest. It would seem that jumping in at the deep end might be the best way to go!

So, my first ever experience of Jersey Boys (shock, horror) was a good one and I can say that it will make a great show choice for non-professional groups from Theatrical Rights Worldwide – one day… 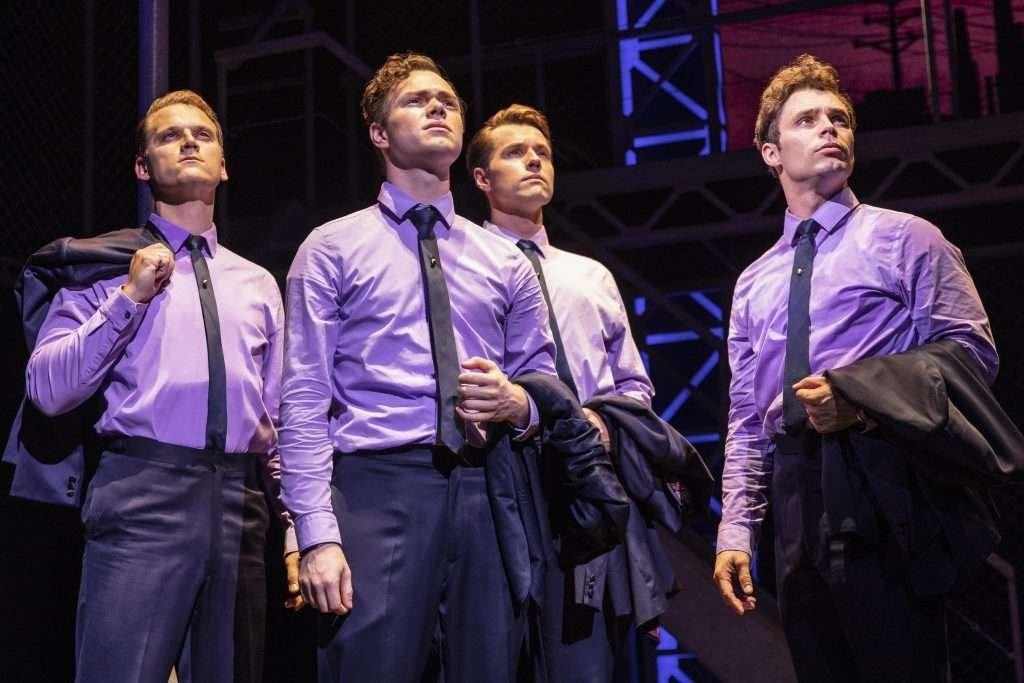