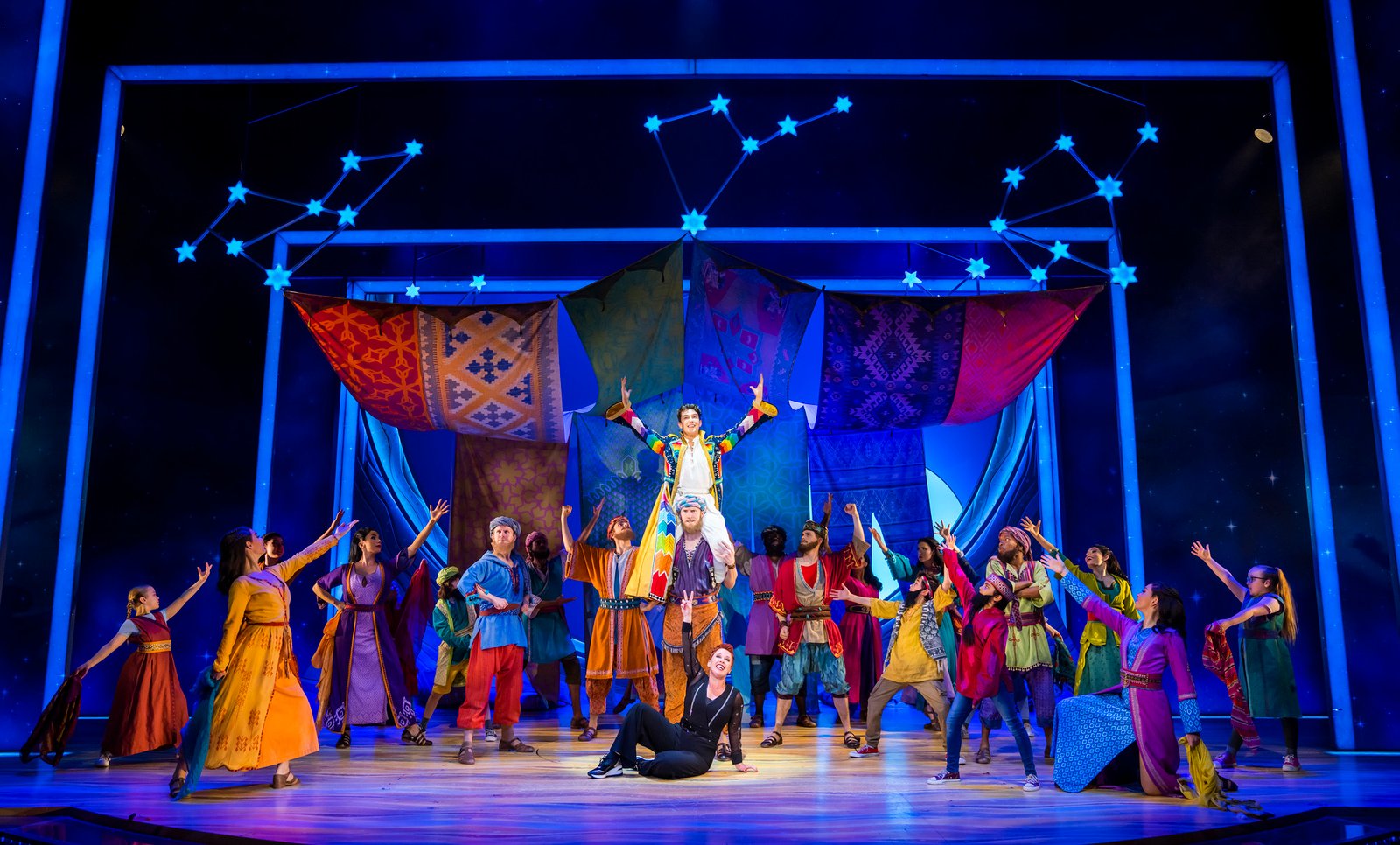 Joseph and the Amazing Technicolor Dreamcoat

Oh my goodness! What an amazing show so this is! Joseph and the Amazing and the Amazing Technicolor Dreamcoat (one of the longest titles in theatre) doesn’t take many holidays in the modern era, except we would normally expect to see the Bill Kenwright production in a theatre touring the country. This production currently touring and visiting the New Victoria Theatre Woking this week is the London Palladium production starring none other than Linzi Hateley (as the Narrator) and Jac Yarrow (Joseph).

A few years ago when the production was ONLY at the Palladium (in 2019) and starred Jason Donovan as Pharaoh/The King and Sheridan Smith, with Jac Yarrow making his debut, you would have HAD to go to London to see it.

The irony of course that is Sheridan Smith is a fully seasoned Theatre performer in her own right, but Jason was returning to the show after first appearing as Joseph in the 1980s (Remember, followed by Philip Schofield).

The double irony now is that Linzi Hateley has now also returned to the show some 38 years later but she of course is playing exactly the same role as she played then. In this version, which gets a maximum star rating from me, she looks completely relaxed and sometimes performs with her tongue very much in her cheek such as when she adopts a Scouse accent much to the amusement of the audience. It’s all probably been fully rehearsed of course, but that’s what being a pro is all about. Apparently Hateley is ‘sharing’ the role of Narrator with Alexandra Burke so it was nice for this reviewer to step back in time.

While Donavon isn’t in this touring version, Jac Yarrow definitely is and gives a great performance in the title role.

Elsewhere I have to say that this was essentially the full or what looked like the full London Palladium production, cast-wise, and full marks go to the entire company for delivering a strong production but especially Matt Gibson’s Rueben and of course Bobby Windebank’s Pharaoh. What an Elvis impression! Well worth waiting for. John Rigby’s twelve-piece orchestra pulls out all the stops and it was lovely seeing the jam-packed New Victoria Theatre Woking’s orchestra pit opened up again.

I must say I particularly like the way that Laurence O’Connor (Director) has honoured Andrew Lloyd Webber and Tim Rice’s original school-play concept for the production. The children barely leave the stage and are involved throughout, as is the Narrator who, in the show, is probably their teacher.

At last this is a production of Joseph… to give Bill Kenwright a real run for his money. It’s updated, it’s modern, it’s funny, and lastly is nothing short of genius.

Thanks! Glad you liked it.