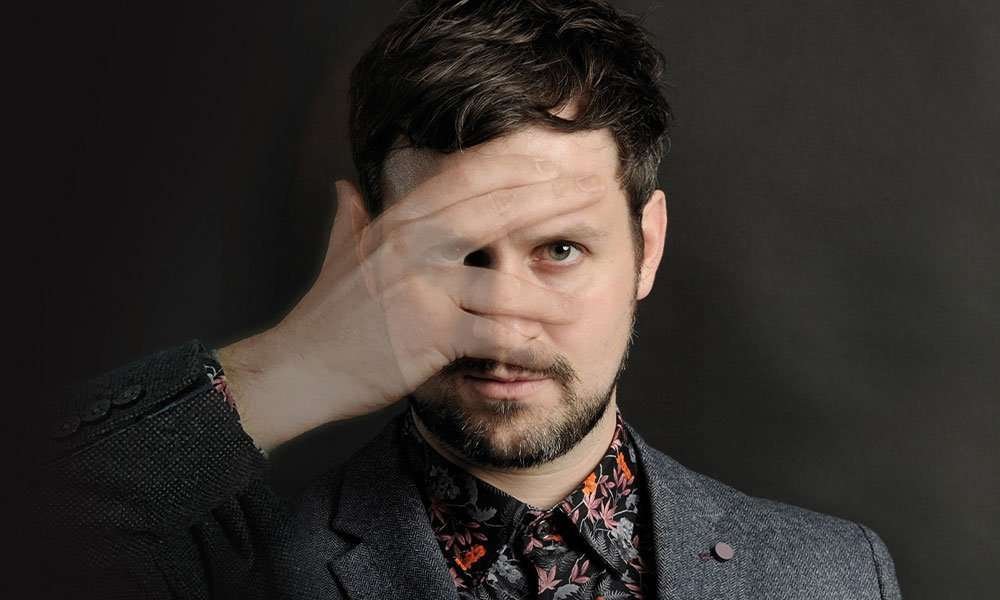 Magic has enjoyed something of a welcome rebirth over the last few years, particularly at the Edinburgh Fringe. It was good, therefore, to see some magicians among the performers at the London Wonderground, and Kevin Quantum’s Eyes Open Eyes Shut kept an audience of all ages engrossed and entertained in the purple cow on a very wet afternoon.

His is an engaging and sometimes low-key persona and it takes a while for an audience to warm to him, but by the end of the show they had certainly done so. As a one-time scientist, Kevin takes an appropriately scientific approach and presents what is in some ways a highly entertaining but educative lecture about magic and its basic principles. He does so, of course, without in any way betraying the secrets – or at least only those he can then undercut by adding an unexpected twist.

Rather than large scale illusions, the show is based mainly on sleight of hand and misdirection, and he is extremely talented at both. The show has been carefully crafted with various ideas or events cunningly planted early on, and then leading to later results. The easy chat with the audience (including a quick impromptu aside in Russian to a group at the front) creates a relaxed atmosphere so that it becomes easier to fool people – and then tell them how they have been fooled.

The silent opening routine with sand, water and changing colours seemed to belong to a different show however, impressive though it was, and the audience definitely preferred the later conversational approach and the use of everyday objects. He is adept at getting the best from audience volunteers without in any way belittling them, and whether they were adults or children. Good as it was, the show would probably also benefit from a director who could get more response from some of the stunning reveals which did not always receive the applause they deserved – or maybe it was just a damp, slow audience.

Essentially a metamagic show, Eyes Open Eyes Shut is a fascinating hour with highlights being the (apparently explained but not really) cup and ball routine and the final reveal linked to the photo everyone took on their phones – the content of which it would not be fair to mention.

Catch Kevin Quantum if you can, on tour or at the Edinburgh International Magic Festival (magicfest.co.uk) this winter.