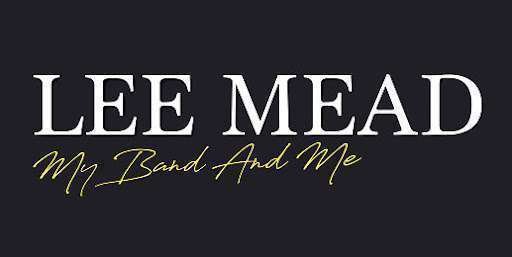 Show: Lee Mead – My Band And Me

Lee Mead – My Band and Me

It is rare to get a chance to listen to a West End star in the close confines of a small venue like the Concorde Club in Eastleigh, Southampton. The Concorde is best known as the home of jazz in the area and has an intimate space, laid out cabaret style, with a dining area behind; both with an excellent view of the stage.

Lee Mead, perhaps recognised by most for winning the television programme Any Dream Will Do: The Search for Joseph, which saw him going on to perform in the West End revival of Joseph and the Amazing Technicolour Dreamcoat, and for appearing as hapless nurse, Lofty, in Holby City, is actually a veteran of a number of West End musicals and has five hit albums to his credit. His touring show is a pared down version of his recent show at the London Palladium. Gone are the backing choir and special guests and the twelve-piece band has shrunk to a four-piece. Does it matter? Not one jot!

Lee looked very debonair in a three-piece suit and open-necked white shirt. Most of the predominantly female audience were clearly already fans and anyone who wasn’t, like the friend I was with, was quickly won over. It would be easy to dismiss him as a talented pretty face but, goodness me, the man can sing!

Opening with an impact with a rousing rendition of Rolling Stones’ classic Paint it Black, Lee swept apparently effortlessly through a variety of genres. We were treated to a selection of well-chosen songs from some of the shows he has been in and others from shows and artists he admires. We had the gentle Lullaby (Billy Joel) juxtaposed with the belting tour de force which is Gethsemane from Jesus Christ Superstar, which closed the first half. To hear a voice trained to reach the back of a large theatre unleashed in a small venue and then to hear a simple rendition with just piano and bass of God Only Knows was magical. How lovely also to hear such clear enunciation – I heard words in some songs that I had never heard before.

Lee was somewhat disconcerted by being able to see the audience so clearly. Nevertheless, he introduced each song and chatted in between with an easy charm. It was positively endearing to see him rather embarrassed by his sexy homage to Tom Jones (Kiss) in tribute to his Nan. His performance of The Music of The Night from  The Phantom of the Opera left us astounded that he hasn’t yet played the lead. We then went via U2 and Bob Dylan to the final few numbers. Anthem from Chess is apparently Lee’s preferred audition song and you can certainly hear why but he had to end, inevitably, with a pair of contrasting songs from Joseph… : Close Every Door and Any Dream Will Do – featuring the very willing audience as the choir!

It is important to acknowledge that this was not a one-man show. It was fascinating watching Barry Robinson on piano also directing the music whilst playing- impressive. On the quiet numbers he teamed with Don Richardson on bass guitar and double bass (interestingly played like a cello). On the rest, Jon Atkinson on drums and Tim Rose on guitar rounded out the music. The sound balance was excellent with the music never drowning the vocals even at full volume.

Sadly for anyone reading this, this was the final night of the eleven night tour. If I could, I would definitely go and see it again. Lucky me! I have the DVD of the Palladium show, so I can do just that!

Lee will be back in Southampton in April next year at the Mayflower starring in Fat Friends – The Musical, but first he visits Bromley’s Churchill Theatre for the upcoming panto alongside Bonnie Langford and Claudillea (The Voice).