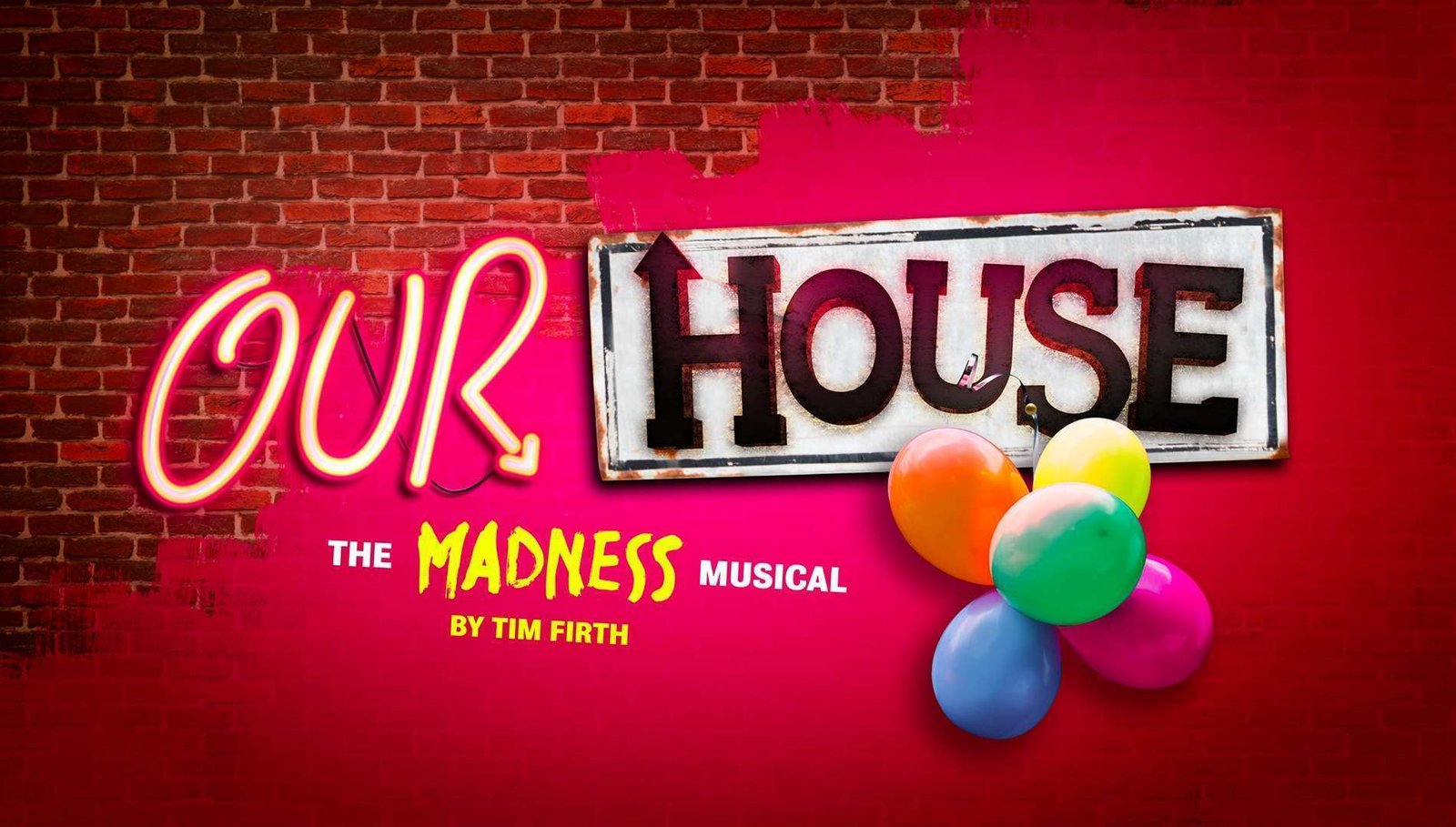 Credits: Music and Lyrics by Madness. Book by Tim Firth.

Our House is strange beast. It’s full of good tunes and ska vibrance but, as a jukebox musical the plot is weak – despite the valiant efforts of writer, Tim Firth. And in this production the complicated, rather clumsy double narrative plot is far from clear. It doesn’t help that – obviously in a youth company – there’s no range of ages to distinguish character.  And the setting is odd. It’s meant to be around 1980 and yet characters are using mobiles. I’ve seen other versions of this show with stronger story telling.

There is, however a lot to admire here. Toby Owers shines brightly as Joe Casey, the young man who takes his girlfriend trespassing on a first date and knows that unless he’s to go the same way as his dad (Rodger Lloyd) who went to prison and who haunts his son onstage, he has to make choices. For the rest of the show we see two alternating versions of what  Bad Joe and Good Joe might have gone on to do.

Also outstanding is Alfie Peckham as the enticing Reecey who is definitely bad news for Joe. And there’s lovely work from Daisy Bates as Joe’s girl friend. She has lithe stage presence and she sings with clarity and beauty.

There were occasional problems with the sound mixing in the performance I saw. Sometimes the balance was wrong and the dialogue got lost. I was pleased, though, to see the seven-piece band clearly visible on a narrow upstage additional platform with some of the action taking place on this level too, accessed from the stage by a ladder.

So far this is three-star show. It gets its extra star for two reasons.

First, I know that every single young person in this production was working flat out with the sort of infectious enthusiasm that you rarely see on a professional stage. That’s wonderfully uplifting. They achieve a high standard.

Second, and most important of all, Chris Cuming’s direction and choreography is the real star of this show. He knows exactly how to get the very best possible work out of his big ensemble and the end product – as they twist, lean, jump, point, somersault and much more – in time and at high speed is a masterclass in how it should be done.